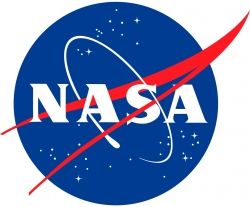 “First and foremost, a sincere ‘thank you’ to our NASA friends and fans for their support,” said NASA’s Associate Administrator for Communications Jen Rae Wang. “We value their interest and support of exploration and discovery. We’re very happy to see NASA’s digital communications efforts honored with Webby Awards. As our NASA fan community turn more to the web and social media for news, they will find NASA there for them.”

NASA’s Office of Communications has managed NASA.gov, the agency’s primary home on the web since 1994, setting a high standard for government online communications. The site won Webby awards in 2003, 2012 and 2014, and visitors to NASA.gov have voted it the winner of the People’s Voice award eight times since 2002, most recently in 2016. The site receives an average of more than 300,000 visits a day, and surges with major announcements, such as the discovery of the first known system of seven Earth-size planets around a single star, which brought in 6.7 million visits in a week.

NASA’s social media presence comprises more than 525 social media accounts on 18 platforms. Through this presence, NASA seeks to not just share new discoveries and stories about space exploration on social media, but to do so in a way that is understandable and engages the public to interact with our content. The agency’s flagship Twitter account now has more than 22 million followers, the most of any federal government agency, and is in the top 100 overall accounts on the platform. NASA’s flagship Instagram account has more than 20 million followers and is in the top 100 accounts on the platform, in addition to NASA being the largest federal government agency on Facebook and Google+. NASA maintains a robust presence sharing behind-the-scenes stories on Snapchat and curates highlights from around the agency on Tumblr, Pinterest, and GIPHY. All told, NASA’s social media presence reaches more than 130 million followers across all agency accounts. Thanks in large part to social media, more people are now connecting and engaging with NASA and learning about its missions.

Established in 1996 by the International Academy of Digital Arts and Sciences, the Webby Awards honor excellence on the internet, including websites, advertising and media, online film and video, mobile sites, apps and social media.