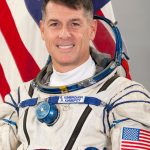 Students from Jenks Middle School in Jenks, Oklahoma probably aren’t feeling very jinxed right now because they have the chance to speak with the current International Space Station commander, Shane Kimbrough, on Thursday, January 26, at 10:35 AM EST. The 20-minute event will be broadcast live on NASA TV. The event will take place at the Jenks High School Performing Arts Center, located at 205 East B St.

Shane Kimbrough launched to the International Space Station on October 19, 2016, for a four-month stay. He is currently the commander of Expedition 50.

This in-flight education downlink is an integral component of the NASA Office of Education’s efforts to improve science, technology, engineering and mathematics (STEM) teaching and learning in the United States. Linking students directly to astronauts aboard the space station through the agency Office of Education’s STEM on Station activity provides authentic, live experiences in space exploration, space study and the scientific components of space travel, while introducing the possibilities of life in space. 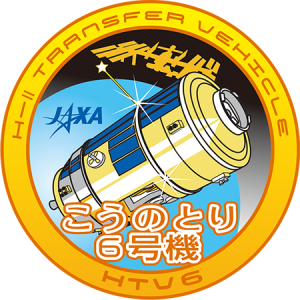 HTV-6 delivered 4.5 tons of cargo to the International Space Station. That cargo included water, spare parts and experiment hardware to the six-person station crew, including six new lithium-ion batteries and adapter plates that replaced the nickel-hydrogen batteries previously used on the station to store electrical energy generated by the station’s solar arrays. The spacecraft is now filled with refuse from the station. It will be unberthed several hours before its scheduled release, and then released at 10:30 AM. Upon release, it will begin maneuvering away from the International Space Station and remain in orbit for a week after leaving the station.

During that time, HTV-6 will conduct a JAXA experiment that measures electromagnetic forces using a tether in low Earth orbit. This experiment, known as the Kounotori Integrated Tether Experiments (KITE), is meant to demonstrate and establish electrodynamic tether (EDT) technology, obtain EDT characteristics such as tether deployment dynamics and electron emission and collection in space plasma. The findings will help further JAXA’s goal of developing an advanced high-efficiency propulsion system that will lower the cost of deorbiting debris objects.

If interested in viewing these events, be sure to check out NASA TV, which may be available with your TV subscription or streamed live at NASA TV’s web page, which also includes scheduling information.