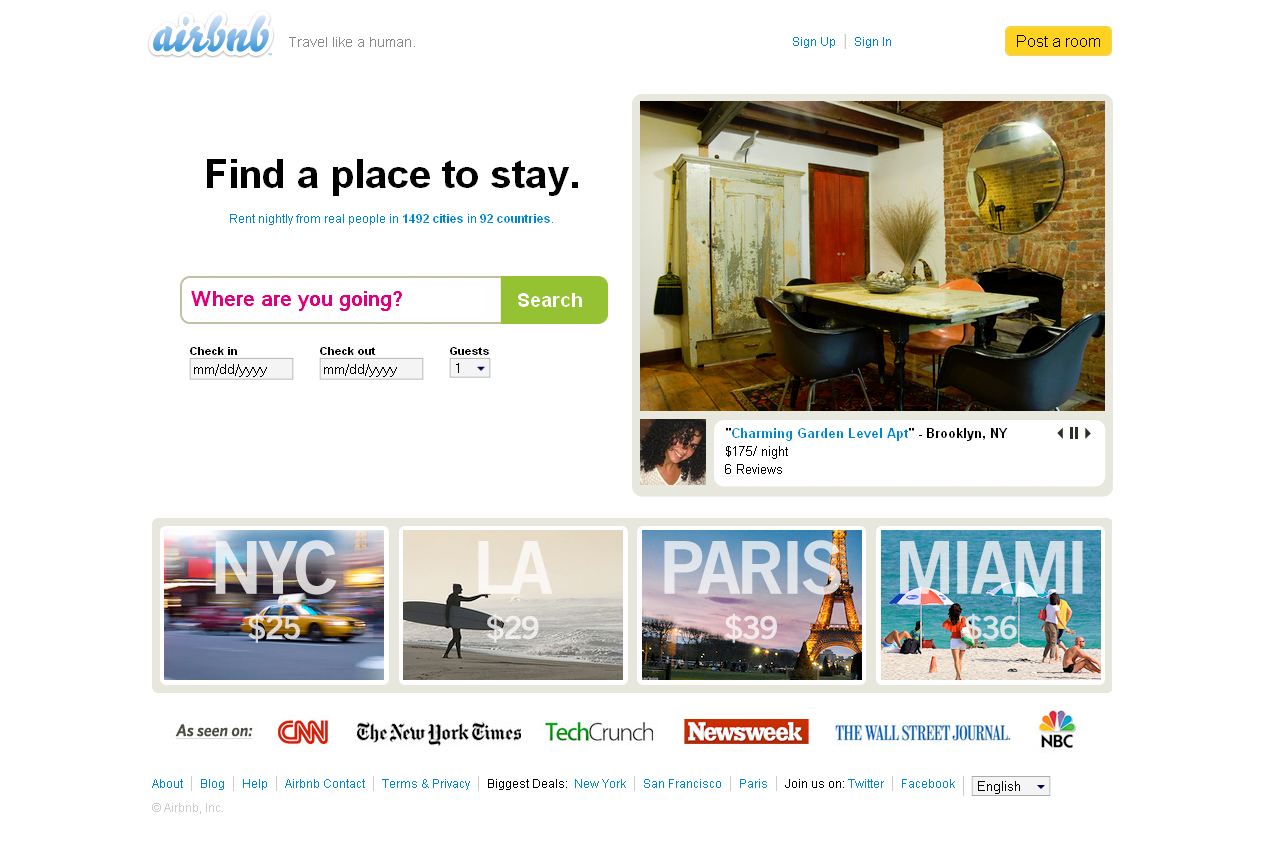 AirBNB. Know it and use it while you still can.

According to SPCR, Santa Monica is going to spend $410,000 to shut down short-term rentals listed on AirBNB. You read that right. Instead of spending more than $400,000 helping homeowners who might be struggling, this city is going to shut down a valuable source of cash flow for people who need that money to make their mortgage payments as it is.

From the sound of it, the ordinance seems to be mostly meant to shut down “party houses” and vacation homes. However, it wouldn’t be a far stretch for a modified ordinance to be used to penalize people who rent out spare rooms to vacationers. It’s basically punishing the people who have gotten used to having the extra cash that comes with letting complete strangers flop at their house for a week.

I have also heard those stories of nightmare guests. They’re the ones who tear up the house they’re staying in. If you are considering staying at a Bed and Breakfast on your next trip, here’s five surefire ways to tick off the owner:

So, as you can see, the owners of those listings on AirBNB already put up with a lot. With every guest, they’re not quite sure what they’re getting. They don’t need to deal with the city threatening to shut down their little operation that won’t threaten those chain hotels that are usually full to capacity during tourist season as it is. Essentially, they’re doing the city’s economy the favor of handling the overflow and can bring in more tax dollars as an added bonus. However, city councils appear to be blinded by the idea that homeowners can so easily rent out their furnished basements and the ways that this threatens the current status quo of local hotels being a major revenue stream for the city.

This is the kind of environment that encourages a black market scenario. Bed & Breakfast owners could wind up posting ads on Craigslist, and you know how that can attract the crazies. Somebody could build a Dark Web version of AirBNB, with very little way to track transactions being made on this site because they’re using a combination of Dark Web technologies and everybody’s favorite cryptocurrencies. There would be very few protections for either B&B owners or guests because nobody would want to report a violation when that would mean admitting that they’ve been ignoring and circumventing city ordinances.

So Santa Monica is shooting itself in the foot by choosing to spend so much money to ban AirBNB listings. Really what this tells me is that, first, the city council is afraid of change and, second, there really needs to be an alternative to AirBNB that protects the rights of people who like the idea of participating in voluntary transactions and can also fly under the radar of authorities who like to outright ban things instead of encouraging industries that are both legal and regulated in a way that doesn’t make it impossible for ordinary people to do business with other ordinary people. Cryptocurrency enthusiasts might see where I’m going with this. A variation on the Blockchain Smart Contract, combined with the technology behind the NXT Freemarket, could be helpful in this case. If Santa Monica doesn’t want that to happen, it should just back off so it doesn’t become like Detroit, where you can buy a house for $1 because its politicians made foolish decisions that drove out all the productive people.