Big deal, right? Everybody who has something to say, something to sell or just think they’re such a hotshot that people are lining up to read their drivel, has a blog these days. In fact, it was pretty much a joke when I called mine the “Nothing in Particular Blog.” I don’t have anything “in particular” to say. I’m not touting the Cause Of The Week. I’m not catering to whatever fluff topic the media comes up with today. I blog about my interests and I dislike the idea of limiting myself to any one topic. If you’ve seen my blog a few times, you probably know that…

The fact is, when I exert myself, I could churn out a couple of thousand words a day for my blog. However, that’s not all I want. I try to live a life outside of blogging. So if I seem to ignore my blog for a few days, it’s not necessarily writer’s block. I just have my mind on a half-dozen different things at once. 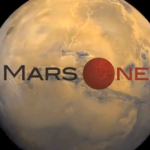 Like Mars One. As far as I’m concerned, the reality show serves exactly one purpose and that’s to get people psyched about colonizing Mars. To be honest, getting up in front of an audience is something that I reluctantly tolerate sometimes for a very specific purpose. My application video is awkward as anything I’ve ever seen. However, I’ll put up with it strictly for the sake of being at the ground floor of getting people to Mars. When something related to Mars One is going on, I’ll put the blog aside to focus on it.

Of course, there are a few things I’d like to get done before I go to Mars. I’ve written a science fiction book that could be turned into a movie if only I can find the funding – a perennial problem for me. The people at RocketHub are pretty good about funding “indie” arts, so I figured I could give it a try and see if anyone’s interested. My RocketHub Project is here.

That’s probably how abandoned blogs happen. Some blogger got distracted by real life, and then they forget to come back and update their blog. I’ll try not to do that, but if you feel like spamming or trolling my blog, keep in mind that that my comment boxes are set up for moderation and your comments might not even be seen by me or anybody else if I get busy. The communications delay between Earth and Mars can get up to 40 minutes, which might make keeping up with my blog difficult without converting to a vlog (basically, a blog using video). Which means I automatically have a life outside my blog.