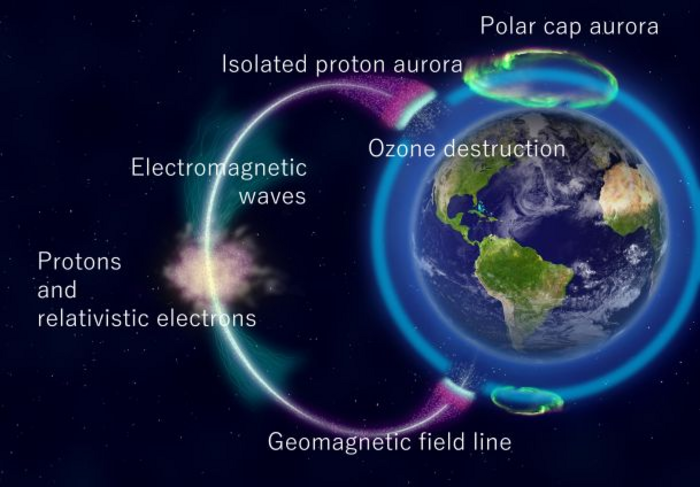 Auroras punched a 250-mile-wide in the ozone in Earth’s mesosphere, which resides 50 to 80 kilometers above Earth’s surface. Scientists captured the damage caused by an isolated proton aurora. A research team that included scientists from Japan, Canada, and the United States say the aurora had more of an impact on the ozone than expected. … END_OF_DOCUMENT_TOKEN_TO_BE_REPLACED