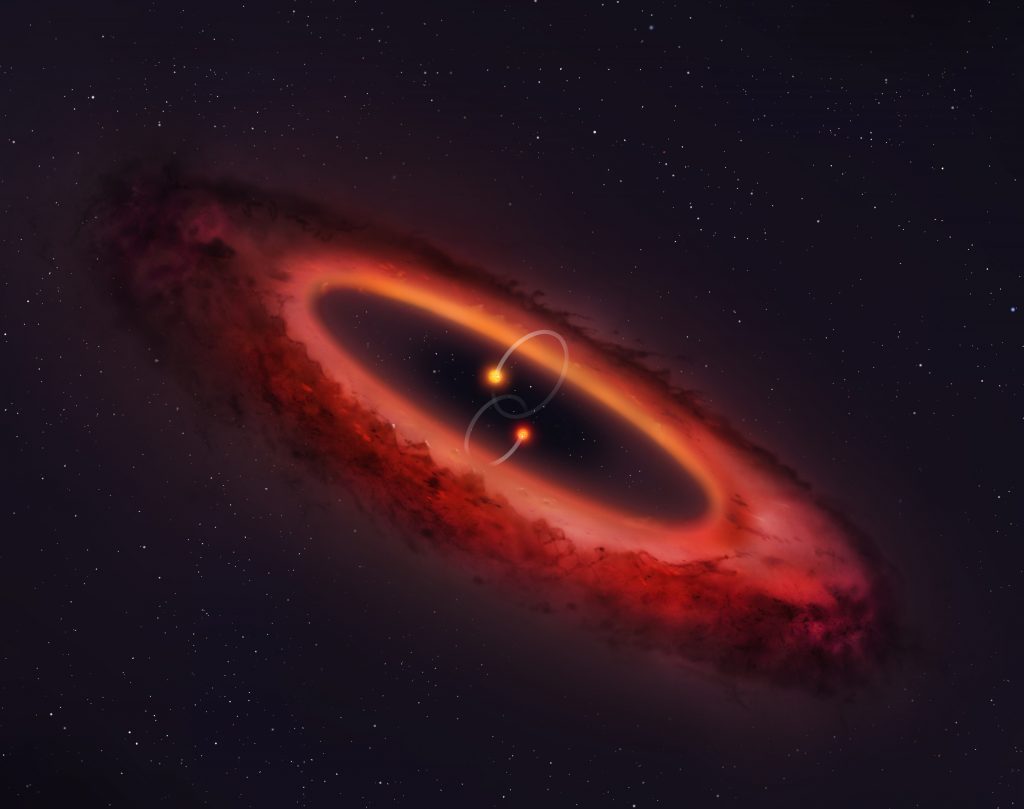 An international team of researchers have confirmed the discovery of a planetary disc that orbits its binary star system at a 90-degree angle to the two stars’ orbit around a common center of gravity. This binary star system, officially named HD 98800, resides about 150 light-years from Earth. The research team used the Atacama Large … END_OF_DOCUMENT_TOKEN_TO_BE_REPLACED