Do you care about science education? Sure you do, but science is about much more than memorizing dry facts in a textbook. You can make astronomy come alive with a good telescope and some astrophotography gear for less money than you might think.

Imagine the envy of your children’s friends when they show off pictures of Jupiter, Mars and some really cool nebulae that they got during an astrophotography session that lasted all night — or at least as long as your children can keep their eyes open! If you know a print shop that can create customizable posters (Zazzle is my favorite), these pictures can make awesome “trophies” to hang up in your children’s bedrooms too.

Why Is Astrophotography Important?

Things are heating up in the aerospace world. The idea of colonizing other planets is beginning to pick up steam. Astrophotography could be the first step in firing your children’s imagination while also teaching them about planets like Mars, which could host the first permanent human settlement on another world in the near future. This means your children could become part of the first few waves of space settlement, if not by going into space themselves, then by helping to build the spacecraft that send the first interplanetary colonists to their destinations. They can build their own dreams of space while getting some awesome pictures that they can be proud of and learning about the objects they see in the night sky through their telescopes.

How To Attach A Camera To The Telescope

This is one thing that really seems to stump people the first time. In this video, Celestron provides some useful advice for losing the frustration with this step. 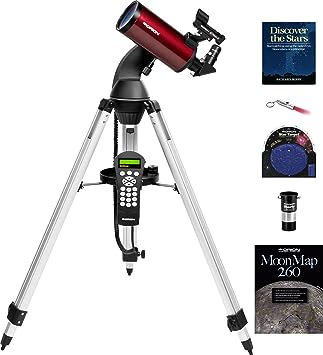 This is a popular Mak-Class telescope among stargazers that value portability. There were some gripes that the GoTo feature can be off by one or two degrees, but otherwise people like the easy setup, the light weight, the fact that it runs well on a couple of AA batteries, and the fact that it can resolve features on the Moon pretty well. 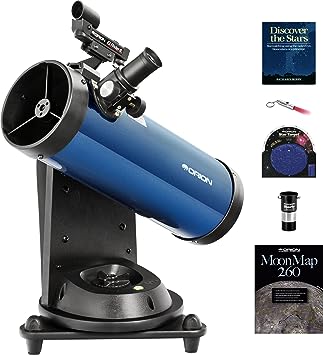 This is a favorite with beginner- and intermediate-level stargazers for observing planets and the Moon. Jupiter was a favorite and one reviewer even claimed he could make out the bulge of the Great Red Spot with a 6mm eyepiece. It does seem to have some trouble tracking objects that are directly overhead, but if you can line it up with Polaris, the tracking feature seems to do okay otherwise.

Stargazers like this option for the value, the excellent optics even when viewing isn’t the best, and the stability of the included mount that helps them get awesome pictures. People who upgraded from telescopes with smaller diameters were impressed by the difference an increase to 8″ can make. This is a popular scope for star parties. 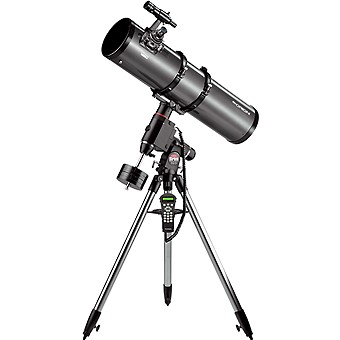 Experienced stargazers are generally impressed with the ease at which they can transition into astrophotography with this telescope. It’s a bit heavier than some people expected, but most felt that it’s worth the extra weight. Be sure to make use of the GPS attachment when aligning this telescope.

People who chose this option do say that there can be a bit of a learning curve for a beginner, but it’s very stable and the tracking feature is top-notch. The polar scope does take a bit of tweaking to get to work just right. Optical quality is excellent. Orion seems to do a good job of packaging this telescope even when the treatment from the shipping company is less than stellar. 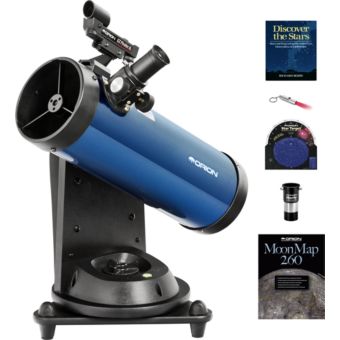 This option impresses as a relatively inexpensive beginners’ telescope that includes an 80-mm aperture and a tabletop setup that can be placed on a typical desk. Take advantage of the included star chart wheel and moon map that identifies 260 features. 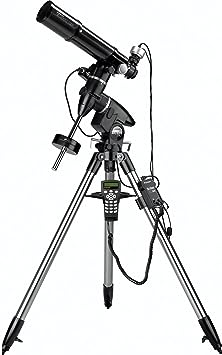 This telescope does very well for observing deep sky objects like open clusters and stargazers say that they can get good views of anything from Ceres to the M31 galaxy. It’s big and can be a pain to transport if you insist on traveling with a lot of cargo, but it can be worth it if you can find an especially good spot for viewing. 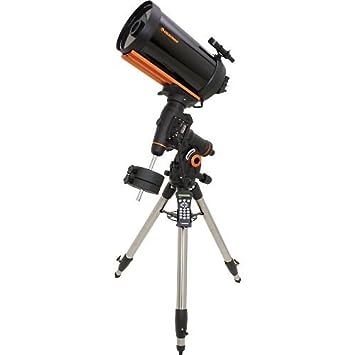 People really seem to like the solidly constructed, ergonomic mount with one reviewer claiming that he mostly bought this one because he needed a new mount and the telescope wasn’t that much more. The 9.25″ aperture alone also made this an excellent upgrade for stargazers who wanted to get more out of their astrophotography but didn’t want to wrestle with an 11″ telescope. It tracks well and it seems to do better with deep sky objects than with lunar features and planets.

Users generally thought that this telescope was surprisingly expensive for its size and recommended switching over to an equatorial mount, but otherwise seem to like it for its compactness and ease of setup that made it a good traveling telescope. Be sure to use the included GPS system to make alignment easier.