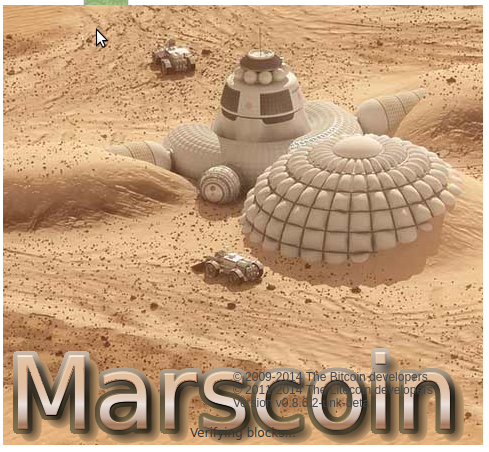 I suppose I should include a slight disclaimer here. I am officially a “Marscoin user,” meaning I have the wallet. And I didn’t make it easy. Just a tip: If you use Linux and you’re trying to get an uncooperative executable to run, open a Terminal, use the cd command to get to the directory that the executable is in, type in su (it’ll ask for your administrator password) and type in chmod 777 <name of your executable>. A lot of the time, it’ll work. I could have saved some time by thinking of that in the first place.

But, seriously, what does Marscoin have that all the other cryptocurrencies don’t? It runs on the same basic software. It’s one of maybe a couple of dozen cryptocurrencies and I could probably create “Rudycoin” just by downloading and customizing the open-source script if I could just get him to sit still long enough to get a few cute pictures. (Rudy is the name of my cat.) It can be mined like just about any other cryptocurrency and, since it’s new, pretty soon we’ll get added to the cryptocurrency exchanges as soon as the ones who run those see that we’re doing pretty well on our own. It’s made up of bits and bytes and I could lose my Marscoin right along with the software I’m typing this blog entry on if I’m not smart about handling backups and my computer has a catastrophic meltdown.

The difference with Marscoin is that this is the first virtual currency created specifically for Mars. The remaining Mars One candidates each received some of this new cryptocurrency and a fairly large chunk was also set aside for the Mars One project. This could wind up becoming the currency for Mars despite the fact that some in the Aspiring Martians have questioned whether we need a currency at all. This isn’t a centralized currency that is controlled by governments or banks. We don’t even have to use it at all if we favor barter. But it’s nice to have if we each have a hundred Marscoins in our wallet, it’s building up to a pretty good value, and we want to ask Mars One if they could uprate their next supply cargo ship to send some extra supplies. (And, it’s on Cryptorush. Get some if you want to get in on this.)

Marscoin is going to have its uses even before we even leave Earth. The smartest of us Aspiring Martians are starting to take the attitude of, “Be in this world but not of this world.” (And I’m sure I misquoted that little bit from the Bible.) It’s an acknowledgement that we could be living on Earth for only another decade if we obtain our goal, but we still have to deal with the everyday essentials of living on the third rock from the sun along with figuring out how we’re going to get to centralized locations for the interviews, challenges and training that will take place between now and then. It’s very possible that Marscoin can help those who might be a little strapped for cash once it builds up to a decent value. Save it for that uprated cargo ship if you can, but if you have to use it to get to the centralized locations for Mars One happenings, that’s completely understandable.

It’s not Galactic Paypal; in fact, at some point, the brains behind Paypal could eventually start seeing cryptocurrencies as a competitor and that will mean the first interplanetary economic battle. That pretty much means that Marscoin will have to be in a pretty strong position if it’s going to survive for long. Paypal has traditionally been tied firmly to the banking system and the ones who protest the idea of having banks on Mars should decide quickly whether they prefer that system or a virtual currency that is aiming to be decentralized. It will make a difference in our economic systems when you consider the fact that interplanetary trade is going to be inevitable. Barter is fine between members of a Martian colony, but Earth is so tied up in government-backed currencies and centralized banking systems that I don’t see our home planet’s economic systems making any fundamental changes anytime soon. They’ll want some sort of exchange and they won’t want to be hauling Martian rocks long-distance unless those “rocks” happen to be platinum group elements. That means we’d better make sure Marscoin has the edge if we want to do without a centralized banking system. It may be decades or centuries before an interplanetary economic showdown happens, but if we start preparing now, we can be ready to push Galactic Paypal all the way back to Earth.

Economic debates aside, I see Marscoin as a tool we can use. Like most tools, it can be used for the good of the colony by helping us become a little more self-sufficient or hoarded by some rube whose greed blinds him to the fact that we’ve been trying to nurse along our oxygen generator, but we aren’t going to be breathing for much longer if we don’t get a new one. So we will be better off just agreeing to pool everything that goes into interplanetary trade in a sort of socialism – you do your fair share of the work, you’ll get your fair share of the resources – and maybe trading my avocados for your mushrooms if that’s what we want to do.

Make A Marscoin Donation to Mars One 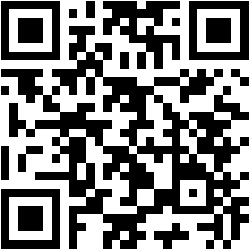 They talk mostly about Bitcoin, but that’s mostly because Bitcoin is seen as the wildly successful flagship of the cryptocurrency world. (And Mars One even accepts Bitcoin donations if you don’t like the Paypal option for whatever reason.)