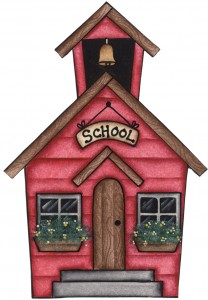 The right to an education is a hot topic for any country that does not want to be stuck in the Dark Ages while the rest of the world moves forward. State-run schools exist because most First World countries believe that primary education shouldn’t be the exclusive privilege of the elite few. The truly good ones turn out students that are ready to move on to a real world that includes college and/or a real job that doesn’t involve flipping burgers. Private schools exist for parents who have the money and the will to get the kids out of mainstream education. Are the private schools necessarily better? Not at all; noted author C.S. Lewis could have told you all about his experience at a terrible one if he was still alive and you asked him politely. But they’re ones that compete on the open market, so it makes sense to shop around if you’ve decided to get some kind of control over exactly who educates your kids.

It’s a good idea, really. Public education gets treated like a political football so much that I’ve looked askance at the politicians who want to issue vouchers for parents who want to send their kids to a private school but can’t afford it. This is a good idea in theory for the sake of giving families more choices, but could end up turning good private schools into semi-public schools that are subject to most of the same political whims that fully public ones are now. And many public schools are such a mess that they should do some housecleaning before they do anything else. Teachers with seniority, and often tenure, often don’t get fired even when their job performance has been lousy. The union gets criticized for everything from protecting bad teachers to fighting all attempts to improve school performance. And there’s also the issue of teachers and administrators using their positions to indoctrinate young children who haven’t yet learned how to think for themselves. If parents genuinely knew or cared about the level of indoctrination that goes on in some schools, maybe homeschooling would be more popular. Robert Zubrin calls it “the right to an education free of bureaucratic brainwashing” — the idea that we will be a better society if educators could keep their own outside opinions out of their job of helping people learn.

In some cases, the indoctrination is going to be obvious. If you go to a Catholic school, you’re going to get a Catholic education and prayers before every basketball game. If you go to a college known for its rampant liberalism, don’t be too surprised if the teacher docks you a couple of letter grades for turning in a position paper with a conservative slant even if it would have gotten an A at any other college. State-run schools can be the worst, though, because they rely on state legislators who know perfectly well that today’s school kids are tomorrow’s voters. You could make the case for tying funding to performance and shutting down failing schools altogether, because why should you earmark the money for a particular school and then not get results? However, what if you subtly call the ability to teach kids the doctrine of those in power “performance?” This doesn’t just happen in some little petty dictatorship. In Texas, they’re wrangling over the idea of teaching Creationism as science even though there is not one shred of real scientific evidence that Earth is only 6,000 years old. There are teachers right here in the U.S. who use history class as a way to brainwash students with one doctrine or another, ranging from the silly notion that people never walked on the Moon to the pure nonsense that the Holocaust never happened. This is brainwashing at its worst because parents often don’t know it’s happening and young children don’t know enough to question it.

I’m not going to say homeschooling is perfect. Maybe nothing involving parents who don’t always know what they’re doing and the kids who completely depend on them is going to amount to much more than particle physics: One atom goes west and another atom goes north, the rest of the particles stay somewhere in that range, and an observer says that the average direction of all particles involved is northwest. You get the extremes in which parents say they’re homeschooling but the kids don’t do anything but play video games while the parents do the work for them and the ones who homeschool precisely because they want to indoctrinate their kids with narrow viewpoints with no exposure to alternative opinions. And then you get the average in which the plot points tend to congregate somewhere in the middle of the graph. Those parents genuinely care enough to not just avoid the trap of handing their kids an electronic device to do their jobs for them, but also spend the time to make sure their kids understand the basic material and also find the time to explore their own interests. The best parents also encourage their kids to think critically and form their own opinions even if they don’t necessarily agree. Keep in mind that they might change their minds based on experience – what I sometimes jokingly call “the right to make a complete fool out of yourself.” It will teach them that sometimes they will be wrong and it’s okay to change their minds when new information comes in.

If your school has a really good debate team or club, join it. The best ones are the ones where the coach doesn’t try to assign any position on any particular topic, but forces you to think on your feet quickly enough to respond to your opponent in an intelligent manner and also back yourself up with research. You’ll be considering your opponent’s position along with your own to form effective counter-arguments. You may even be required to have a visual aid like a slideshow or a chunk of limestone similar to the one Bill Nye brought that time he debated the founder of the Creation Museum. If you don’t have a debate club, take any class that requires you to get up in front of the class and give presentations on controversial topics. Besides helping you beat that stage fright, you will get maybe three or four questions if your audience is alert. You’ll actually have to think about things that maybe got spoon-fed to you in the past. It takes some getting used to, but just being able to think quickly under pressure will make it worthwhile.

In a truly democratic society, there should be no room for brainwashing anybody. If any indoctrination is involved, it should only entail the basic rules that make a civil society possible and those mostly involve issues of self-control such as learning how to take turns and not simply take somebody else’s toy. Kids even learn basic commerce by trading everything from Pokemon cards to food items in the lunch room and that’s okay as long as nobody’s getting sick from eating something they’re allergic to. The education system should focus on teaching the skills every person should know, and that includes the ability to draw one’s own conclusions when given the facts without any brainwashing involved.

The Case For Mars

Books To Consider for Homeschooling Your Kids