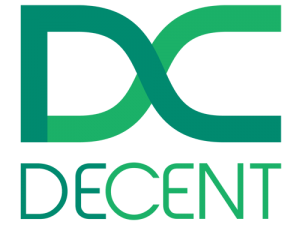 What’s it like writing for a third party platform? As somebody who used to write for the now-defunct site called Squidoo, I can tell you that putting up with their rules could sometimes be a hassle. If you so much as mentioned e-cigarettes, even in the context of something that had nothing to do with the tobacco industry, your page wouldn’t be published. If your intro was too short or you didn’t have at least one picture, it wouldn’t be published. When Squidoo still existed, I would recommend it as a way to develop good practices for creating online content before moving your best work to your own blog. However, dealing with every picky little rule made it more trouble than it was worth toward the end.

I could see why. No owner of a platform where other people can publish content is going to want the inevitable runaway spam and trolling that happens with an unmoderated forum. But it was a trifle annoying when somebody would ask me for a Squidoo page about which is less unhealthy for you, e-cigarettes or regular cigarettes.

Having human moderators on the job is a decent compromise between having a bot programmed to automatically flag certain words and having no moderation of the platform at all. There are ways to write about products like e-cigarettes and Ray-Ban sunglasses without looking like a spammer. There are also ways to promote your website on a forum like Bitcointalk without looking like a spammer. Forum signature campaigns are pretty popular with the members. But what if you could have a blogging platform that censors nobody?

My knee-jerk reaction was that decentralized and uncensored platforms like Decent might be asking for it. However, Decent promises a mechanism that maybe doesn’t make publishing Spam impossible, but makes it more expensive than it’s usually worth to the spammer. It’s still under development, so I can’t tell you yet what a decentralized content platform that can’t be censored even by the creators would look like. But if it can handle the Spam without blocking perfectly legitimate content that just happens to contain certain keywords, that would be a good thing. Here’s what I think the pros and cons could be.

Like most Blockchain applications that aren’t cryptocurrencies, Decent looks like it could be the “Version 1.0” of what it wants to do – in this case, provide a decentralized platform for people who want to monetize their content. It’s looking for developers and ambassadors. It won’t have the overzealous bots that Squidoo used to have and, instead of censoring spammers, it’ll reward people who can produce actual quality content. That means it’ll be worth a try when the development team is ready to release it.