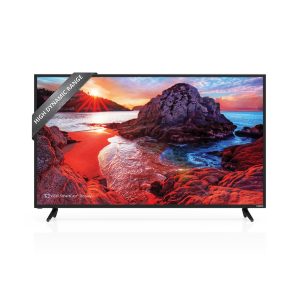 “Our E-Series collection is known for offering features that simply aren’t found on other entry-level models in the market, and the new 2017 E-Series collection is no different. With the addition of 75″ and 80″ class screen sizes to the line-up, value-minded shoppers who want to go big now have access to powerful picture quality in an XXL screen,” said Matt McRae, Chief Technology Officer, VIZIO. “High Dynamic Range with HDR10 content support provides another reason to upgrade by allowing consumers to get the most out of their HDR Blu-Ray players and game consoles.”

Like every display, sound bar and speaker in the VIZIO SmartCast collection, the all-new E-Series displays allow users to simply stream and control their entertainment. With Chromecast built-in, consumers can simply tap the Cast button in popular Chromecast-enabled apps like Netflix and YouTube to stream their entertainment to the big screen. By downloading the VIZIO SmartCast app, users can control their display from any room in the home, search for content across multiple apps at once and stream shows directly to their E-Series display through the Google Assistant on devices like Google Home. To further simplify the out-of-box experience, an all-new remote is included with all E-Series models to seamlessly allow users to complete the first-time set-up of their display without a phone or tablet.  Once set-up is complete, the remote continues to provide access to the on-screen menu, sidebar settings and more.