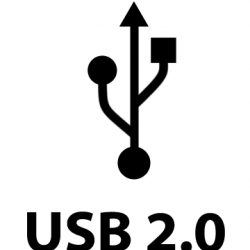 You might have heard the phrase, “The world connects through USB.” Those little ports that you can plug memory sticks, keyboards, printers, mice and much more into are a relatively recent explosion on the technology scene. Okay, USB predates Android tablets, but how many of you remember the days when you had separate ports for the keyboard and mouse and anyone who mentioned “portable memory” got laughed at? Now, plug-and-play is the norm for anyone who has ever carried a laptop around and they can just sit down and plug in whatever gadgets they need whenever they want to. USB stands for “Universal Serial Bus” and is basically a way to hook up any USB-equipped device you can think of.

USB 3.0 is the latest version of this cool technology, meant to be faster and more reliable than either 1.0 or 2.0. It is backwards compatible with USB 2.0, so no worries if your laptop isn’t equipped for 3.0 yet.

A Little About USB

USB was first conceived by a consortium of seven major companies that included Compaq, IBM, DEC, Microsoft, Intel, NEC and Nortel. The goal was to create a universal standard for ports used to hook external devices up to a PC, simplify the software used to manage external hardware (“drivers”), address usability issues, and improve data throughput rates to external devices. The initial result was USB 1.0, with possible throughput speeds of “low-speed” 1.5 Mbits per second or “high-speed” 12 Mbits per second. USB 1.0 was never widely adopted due to limitations in the devices that could be hooked up to it. USB 1.1 was released in August 1998 to address issues with hubs and was the first version to be widely used.

USB 2.0 was released in April 2000 and users immediately noticed the faster speed: up to 60 megabytes per second. Edits to this specification over the next few years addressed the port’s hardware, specified the coding to be used, and made it possible for USB devices to act as hosts for each other rather than needing to be hooked up to separate USB ports to talk to each other.

USB 3.0 is more than 10 times as fast at 625 megabytes per second. It was released in November 2008. The fastest possible speeds are usually used in experimental devices or professional-grade equipment.

USB stands for “Universal Serial Bus” and uses a topology that allows up to 127 devices to be daisy-chained together. It also makes use of a technology commonly referred to as Plug-and-Play, which makes installation of new devices relatively simple. Uses range from connecting “memory stick” flash drives to PC-telephony and videoconferencing hookups. Look for the USB logo on any device you buy to make sure it is USB-compliant. The flash drive memory stick is one of the first things most people think of when they think of USB. It’s useful for holding pictures, files, and the occasional program you want to install. If you do a lot of printing and need a new printer pronto, go with HP. Sure, they make laptops and such, but HP’s real strength is in the printing world. Do you have more USB devices than available USB ports? I bet you get tired of swapping devices in and out all the time. If so, a USB hub like this one can really come in handy.