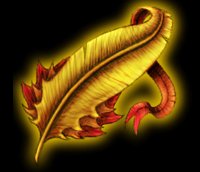 ​So somebody in the Aspiring Martians Group asked what we could do to help people hit hard by the typhoon in the Philippines. That’s a tough one when I can’t necessarily figure out how to help people in the next town who have lost their homes to tornadoes except maybe make a big pot of soup for them and then find out (hah!) where to drop it off, so I gave my usual knee-jerk answer: “Donate to the Red Cross.” Of course, that’s not always enough when they need volunteers who can actually help rebuild, and even that might feel a little futile when one considers that the rebuilt communities might well be flattened by the next disaster that comes through. What can be done?

There should be a system for providing more than just short-term relief when people get hit by disaster. Very often, I advocate giving people a “hand up” in the form of giving them the tools they need to become self-sufficient. That includes helping them learn what to do to prepare for an event in which no one seems to know or care that something happened. Maybe your neighbors are too busy digging themselves out to notice that you need help too. Maybe emergency services can’t get to you right away. I sometimes joke about how the ones who prepare for a zombie apocalypse are ready for anything, but really it’s no laughing matter and does have a grain of truth to it. The people who advocate putting together a disaster preparedness kit and saving some money for “a rainy day” are worth listening to.

Making a long-term difference can mean not only rebuilding homes, but building them in a way that helps them withstand the next storm or earthquake. There are families who never returned to New Orleans after Hurricane Katrina and found housing with help from local organizations, maybe because they learned the hard way that living in the potential path of a hurricane is not necessarily a good idea. “Too expensive?” Not when you consider the amount of damage every time a powerful earthquake hits in exactly the wrong place, like at Fukushima. Did the people in charge of the nuclear power plant ignore important safety checks because they considered those checks to be too much trouble? They sure learned the hard way that doing so is not such a good idea and the opponents of nuclear power got some more ammunition regarding the risks.

Donating to charity should be as easy as writing a check, right? However, not all charities are created equal. That’s where Charity Navigator comes in. It has a system for comparing charities so you can donate to exactly the right one.

You can make a difference if you work it right. Think of it this way: You’re part of a crowd. If you put $20 into a hat and everyone in your city does the same, you might well have enough to either send a day’s supply of food to everybody affected by the typhoon in the Philippines, or buy an awful lot of beer for a tailgate party. That’s how crowdsourcing works and the same principle works for spreading news. You think of a project that could use support and tell all your friends, maybe by taking five seconds out of your day to share it on Facebook. Then, theoretically, they share the same project with their friends and the project can go viral. But, first, don’t forget to put together a centralized place they can go to learn more. A website usually works, or it can be a local bar that’s throwing a party with a percentage of beer sales going to support charity.

To test this idea, I got people on the Aspiring Martians Group to share a blog entry about Mars One. One of them told the Mars One senior staff, who shared it on the official Facebook page and Twitter feed. That particular blog entry got a little more than four thousand visitors and raised $30 that I donated to Mars One. Which, to me, is proof that crowdsourcing can work if you reach enough people, if only because that’s the best single-day traffic I’ve gotten so far. If I had managed to reach 400,000 people, it’s very possible that I might have raised $3000 for the project. So getting people to spread the word does help (thanks, guys).

Thinking of doing a fundraiser? If so, it does help to have what Squidoo founder Seth Godin calls a “purple cow,” something remarkable that you can market in a unique way. Chairs are boring, but when those chairs that could give you a massage began appearing in malls everywhere, now those were cool. Everybody does candy and nuts. But, when my church was raising money to fund their 125th anniversary celebration, they held an auction with donated items and a concession stand and raised enough money to feed a pretty good-sized crowd on the day of the event. If you get a little creative and are willing to do some leg work, your fundraiser can be so successful that you’ll wonder why you ever considered doing candy bars.

Finally, a book that wasn’t written by a financial “guru” or scrapped from other sources. Seth Godin knows about creating “Purple Cows” and marketing them in ways that get attention in a world where people have become almost immune to advertising. You can use the same principles to get the word out about the ways that you are making a difference.

That’s right, true effectiveness in making a difference for people hit by natural disasters or just plain bad luck could well take more than making a donation and then forgetting all about it until tax time when you can get the charity write-off. It takes real effort and some people might say, “I can’t do it, I don’t have time, and how do I know that it’s going to make a real difference anyway.” However, if someone like me can volunteer for Mars One in the belief that it can make a real difference for humanity – even if I’m putting my life on the line, even if I’m devoting the rest of my life to the project – surely making a more down-to-Earth difference will take no more of your time than spending a few hours in the evening as a volunteer at local charities.

Make A Difference By Bidding On These Ebay Items

These lots are part of the eBay Giving Works, which supports charity by donating part or all of the proceeds to nonprofits like the Wounded Warrior Project.