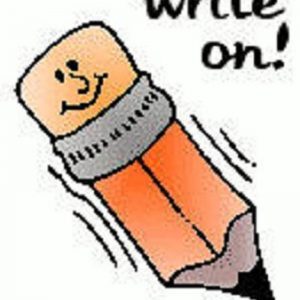 Freelance content writing isn’t difficult work if you can find it. You may have been the one who got As in your college-level technical writing class and you figure that you might as well do that on the side. It can be dull when you’re churning out product descriptions for wedding rings or spinning out yet another article on how to clean a fireplace that can pass Copyscape. Your clients are just paying for the time you spend doing it. Really the “difficult” part is that your income can be fairly unpredictable even when you’re good at it. Smart freelancers learn how to put money aside for the lean months when things are going relatively well because they’ve figured out that finding actual paying clients can be a tad bit problematic at times.

It’s a little more involved when you’re working for a company like Cloud Surfing Media. There’s a reason why truly good strategic online marketers make the big bucks. The clients aren’t paying for some hack writers who barely speak English as a second language and they’re not palming a few bucks to some kid who spews out a bunch of Spam links that’ll get them tossed into the trash heap of Google searches. The job’s basically 2-3 hours out of my day when it’s my turn to knock it out and I have to be pretty detail-oriented to handle this stuff. If you decide to send out feelers to the staff to improve the positioning of your website, tell them Heidi sent you. You don’t get a discount or anything, but they’ll know that you heard about them through the freelancing grapevine.

It’s not a full-time job, of course. Sometimes I’ll pick up the occasional odd writing job through Fiverr or my own WooCommerce shop just to stay busy. I must admit that I also enjoy tweaking affiliate marketers’ noses with the occasional article like “Ten Off-The-Wall Expensive Watches” when I get bored. I wish I could say that there was some magic formula for spending eight hours a day, five days a week creating cool articles for other people but there really isn’t short of being massively popular. If I was asked for advice for picking up jobs as a freelancer right this moment, my advice would probably include:

You might get the idea that freelancing is not an easy life. That’s because it’s not really any easier than working a “normal” day job that you have to burn expensive gas to get there. Freelancing requires you to be self-motivated and not just someone who thinks freelancers are only doing it so they can sit around in their pajamas all day. You could go whole months without anyone really remembering that you exist. You have to deal with all the misconceptions about freelancers (and I’ve heard several). However, it can be sweet when you can lose the morning traffic jams, the lame boss and the annoying co-workers and you’re getting steady work and maybe working on one or two long-term projects that pay well.

Supplies To Get You Started