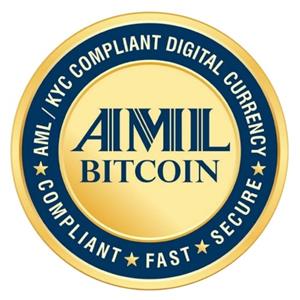 A few days ago, AML Bitcoin published a press release essentially saying that obsession with anonymity is the enemy of cryptocurrencies because it makes regulators nervous. It would be tough to call it an obsession when most early adopters got interested not because they intended to use it for criminal activity, but because they felt that it was nobody’s business if they used Bitcoin to do things like pay for a gentleman’s club membership. In that light, it may be unfair to pick on the “elite” in the cryptocurrency world who may have joined the community because they like privacy. However, there is still the impression that cryptocurrencies are used for things like fraud and money laundering, so I reached out to AML Bitcoin CEO Brian Darling to see if the company would be willing to clarify their position in a brief Q&A.
Q: What makes AML Bitcoin think that anonymity is the source of cryptocurrencies’ current issues?
A: Anonymity is not bad per se and anonymity is an element of the AML BitCoin model. The problem is that some cryptocurrencies have not policed themselves to make it hard for the cryptocurrency users to exploit anonymity for nefarious purposes. The consumers of AML BitCoin must have their identities verified to avoid straw purchasing by individuals, including agents of rogue nations, who are banned from banking. There are several AML BitCoin security protocols in place that include having identity verified by a third party. It is very important that government is not allowed to destroy the business model of cryptocurrencies through overbearing regulations intended on exterminating a competing currency. Efforts in the United States to treat cryptocurrencies as a security or a commodity are wrong headed and would destroy all digital currencies. It is important that an alternative digital currency is introduced into the market to avoid the problems of leading cryptocurrencies with allegations of money laundering, human trafficking and drug dealing.
Q: What are some of the solutions that AML Bitcoin provide to help solve these issues?
A: AML Bitcoin uses biometric digital identity protocols, coupled with a third-party verification process, to give confidence to government that AML BitCoin is interested in self-policing and making it difficult for the digital currency to be used by bad actors. Bitcoin and other cryptocurrencies are important actors in the market, but the new AML BitCoin merely provides some competition and the introduction of a digital currency that will be easier for government to allow into markets.
Q: How do you think cryptocurrency insiders can better communicate with regulators to ensure a regulatory environment that is friendly toward cryptocurrencies and blockchain?
A: Right now, there is a problem with many governments, including South Korea and Japan, expressing public frustration and passing new laws that inhibit the use of cryptocurrencies. The producers of blockchain technology need to better educate the world as to the nature of their competitive currency and ways in which they are combatting use by bad actors. The goal is to self-regulate in a way that both preserves anonymity while providing some assurances to government that these producers of the blockchain are making best efforts to police themselves. That has not happened to date, but the model being used by AML BitCoin provides an example of the proper way to respond to threats of government regulation.
Q: Do you foresee any type of reasonable compromise between cryptocurrency insiders who value anonymity for certain transactions and regulators that insist on KYC and AML compliance? Do you think AML Bitcoin can help with a compromise if these two parties can create one?
A: Much like hard currency, it is impossible to rid any currency from being used by bad actors, but it is possible to minimize the threat. Regulators who want anti-money laundering and know your customer compliance can be confident that AML BitCoin complies. It is clear that some governments are making reasonable claims, yet others merely want to use the pre-text of regulations to drive digital currency out of the markets. AML BitCoin can help show the way on how to lower the reasonable requests of government while exposing government regulators who merely want to exterminate a competing currency to the government approved currency of a nation.