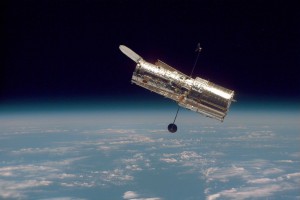 The Hubble Telescope is celebrating its 25th anniversary on April 24. Well, actually it can’t because it doesn’t know it’s been in orbit for 25 years, but the rest of us can. While it didn’t exactly get off to an auspicious start after it turned out to be nearsighted shortly after its launch on the Space Shuttle Discovery on April 24, 1990, the Hubble has been giving us a clear view of the cosmos since its defective mirror was replaced during a servicing mission in 1993. Since then, its spectacular images have made Hubble so popular that, when NASA announced plans to retire the Hubble Telescope in 2004, a public outcry forced NASA to reverse its decision and send the Space Shuttle on one more servicing mission in 2009. 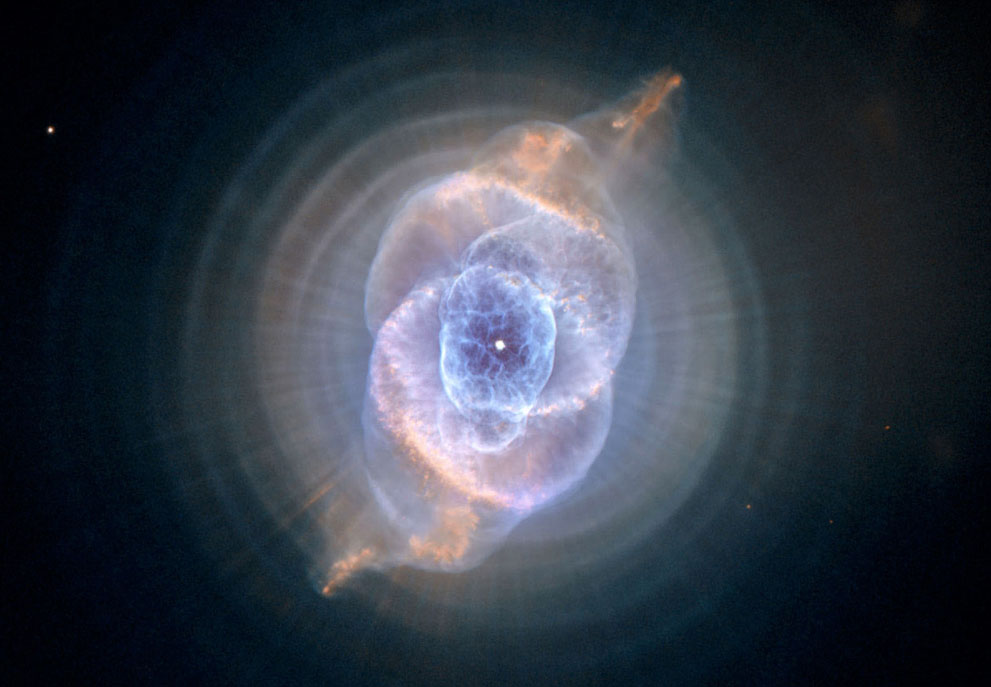 During its tenure, Hubble has been used to refine techniques for finding extrasolar planets, assist with planning for interplanetary probes like Dawn’s mission to Vesta and Ceres, and made observations of colliding galaxies that led to a better understanding of what is likely to happen when the Andromeda galaxy merges with ours. Iconic images include the Hubble Deep Field, which had the telescope take in light from 3,000 galaxies over a span of ten days, and the Cat’s Eye Nebula, which is surrounded by onion-like “layers” created by a dying star that ejected mass at 1,500-year intervals.

Images from the Hubble should rank up there with Apollo 8’s “Earthrise” picture for reminding us how small we really are. So when will we get Hubble’s message that we can quit acting like Earth is anything special and start the stage in our evolution where we start reaching out to the wider cosmos around us? It might help if we humans were better at imagining very big numbers like the distance to Andromeda (2,538,000 light years) or the number of stars in an average-sized galaxy (recent estimates show that the Milky Way could have a mass equal to about 100 billion suns, so even if you deduct the mass that make up things like that supermassive black hole in the center of our galaxy, you still get an impressive number of stars). We don’t like to feel insignificant. In fact, in cosmic terms, we’re still just beginning to move out of the stage where we thought Earth was the center of the universe and we all still know people who refuse to admit that the universe doesn’t revolve around them. 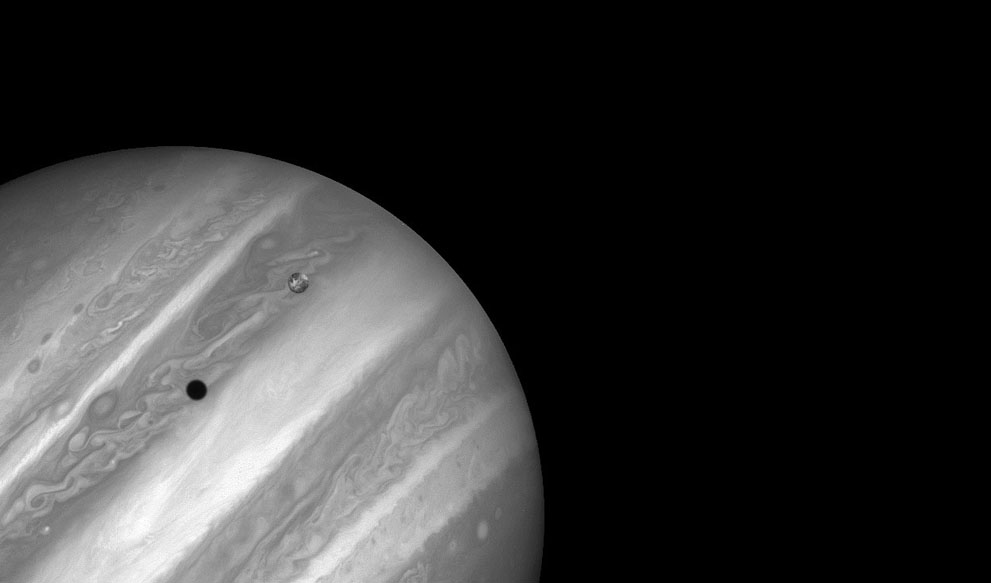 The volcanic moon Io casts its shadow over Jupiter. Image credit The Atlantic

The Hubble images are stunning. Even more stunning will be that moment when humans actually get to see some of those wonders up close and personal. Maybe the Messier 54 globular cluster will have to wait a while – it is, after all, some 90,000 light-years away and still playing catch-up with the Milky Way – but we could still get up close and personal with some of Hubble’s targets in our own solar system. Hubble captured the shot of one of Jupiter’s moons, Io, pictured above. It’s gotten beautiful shots of Mars, Saturn and Neptune. These are all places that humans could reasonably visit in the not-so-distant future if we get our aerospace act together. If you are one of the first to make it out that far, you’d really have to have a pickle in a rather uncomfortable place not to gape at your first close-up view of Jupiter.

Hubble’s work has been pretty impressive and many space enthusiasts hope that it will continue that good work even though the Space Shuttle is no longer in operation and it will be several years before regular “Commercial Crew” flights are being made. Even so, the Hubble is due to be surpassed in capability by future orbiting telescopes like the James Webb Space Telescope. Without servicing, the Hubble’s orbit is gradually decaying and it may eventually burn up in the atmosphere, but not before its instruments have decayed to the point where it is no longer usable.

Even so, scientists can still use data from the images that Hubble has captured long after it is no longer functional. Astronomers are still combing archived photos for more evidence of extrasolar planets. Those images can still inspire (and in fact they seem to be quite popular as T-shirts) long after the Hubble is no longer in service.