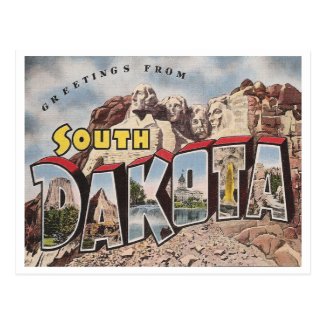 What does South Dakota have going for it? Well, at least it’s not Mars. That’s the message in its latest ad aimed at young people who mostly see it as a tourist destination and don’t consider the fact that people actually live there. It makes an indirect reference to Mars One in its script: “Mars. The air: not breathable. The surface: cold and barren. But thousands are lining up for a chance to go and never come back. … Why die on Mars when you can live in South Dakota?”

Amusing, right? You know you’ve got problems when your competition is a “cold and barren” planet like Mars. However, South Dakota’s Office of Economic Development has learned from previous failed campaigns that advertisers need a way to make their message stand out in the minds of demographics that are, in the words of marketing director Mary Lehecka Nelson, “saturated with media.” When you’re bombarded with advertising on Youtube, Facebook and even your favorite blogs, you aren’t going to remember a boring ad for much longer than it takes to hit the “Skip Ad” button.

Maybe once we’ve got a few moderately successful settlements on Mars, South Dakota will be wiping some egg off its face. For future Martian settlers, this ad would be like watching those classic commercials that seemed clever at the time but aren’t so much when the context has been tossed into history’s dustbin. Martians could even have long enough memories to run ads poking fun at South Dakota for that once they get things settled.

The selling points here could include regolith-infused craft beer, stylish EVA suits and a chance to be the first to scale Mons Olympus, the biggest mountain in the solar system. While we won’t quite be able to jump like John Carter, sports would be way more exciting in the lower gravity. Don’t be surprised if the locals get their entertainment by offering free beer to visiting athletes from Earth. Anyway, breathable air is so, you know, Earth.

So, does South Dakota seriously think that it’s in competition with Mars? I’ll give them credit for a funny video, anyway. At this point in time, Mars doesn’t seem like much of a competitor. If there’s any fairness in the South Dakota commercial, it mostly has to do with the fact that the Martian environment will be very unforgiving of mistakes and irresponsible behavior. Any serious settlement effort will have to involve people who can rough it, slum it, bum it, and still know where their towel is. Any settlement mission could reasonably be called one that discourages timid or lazy people from getting involved by its very nature – not really a suicide mission. Just one that requires a lot of commitment and enough of a sense of reality to recognize that this isn’t fun and games.

That doesn’t mean this will always be the case. Centuries down the world, Mars could become seen as one of those starkly beautiful landscapes that are no more inhospitable than some of the most remote corners of Earth are now. Then it’ll be able to compete with a U.S. State that currently feels the need to say, “Hey, at least we’ve got breathable air.”