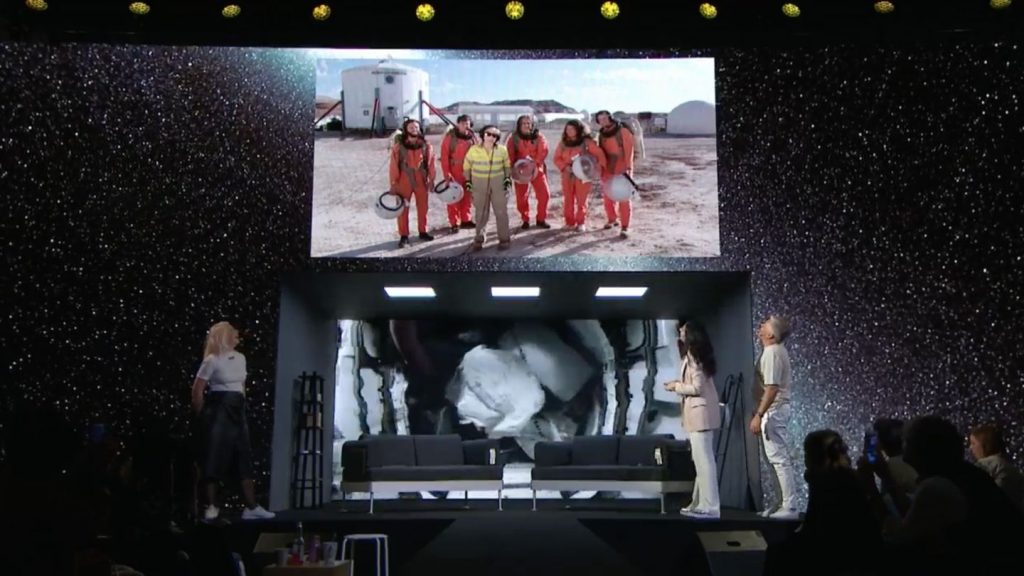 IKEA is the latest company to jump on the Mars bandwagon by announcing that it is sending a team of furniture designers to the Mars Society’s Mars Desert Research Station (MDRS), a simulated Martian habitat located in Utah. IKEA plans to use what it learned from the experience to design a new line of furniture that is designed for cramped and unpleasant living spaces like those that future Martians might live in.

Marcus Engman, head of design at IKEA, helped make the announcement at IKEA’s annual Democratic Design Day event in Sweden. He stressed IKEA’s goal of using what its designers learn at the Mars Desert Research Station to create new products that “use space knowledge for a better everyday life on Earth”.

When discussing the topic with WIRED, Engman said, “My design team is out in Utah living the way that you’re supposed to live when you are on Mars in a typical habitat – just to learn and experience. It’s the same way we work with home visits, but this is a home in space.”

Designing new furniture that is better suited for confined living environment like future Martians will put up with will also make IKEA more attractive to one of its major customer bases here in the U.S., college students who are moving into campus dorm rooms. IKEA is also reacting to a United Nations report that 70% of the world population will live in urban environments by 2050. Many of those moving into urban areas will live in small apartments in which there isn’t a lot of space for furniture.

Weight is another important factor in IKEA’s new endeavor. It costs about $2 million per kilogram to launch a payload into outer space. Bringing the weight of furniture down will not only save on the cost of launching a fully equipped habitat to Mars, but will also make it easier to haul furniture up and down a staircase when a new urban resident moves into an apartment.

IKEA’s team will be working with new types of materials and also study food production in the MDRS’s greenhouse. Fortunately, the design team will not be going into this environment blind. A NASA consultant and space architect named Constance Adams will be guiding the team through its seven days at the simulated habitat.

“The things we assume are a constant, such as gravity, change in these environments. The only thing that remains the same is the human,” she told WIRED.

IKEA has expressed its hope that what it learns from the MDRS experience will also help with endeavors to put humans on Mars, particularly in regards to the interior design for a future Martian habitat. An optimal design would account for the fact that, as Adams said, humans on Mars are still human and will want an interior design that is aesthetically pleasing even as it makes efficient use of the limited available space. However, IKEA is working more closely with Lund University than with NASA on the MDRS mission. It hopes to introduce the first products in its space-inspired lineup in 2019.