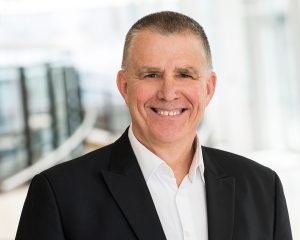 Shaun Belding is a leading global expert on customer service, service recovery, leadership and building positive workplaces. His most recent book, The Journey to WOW: The Path to Outstanding Customer Experience and Loyalty, is now available as a Kindle Edition, hardcover, and paperback.

Heidi: What are some words that employees use that can unintentionally sabotage their careers or ruin the workplace environment?

Shaun Belding: Well, there’s a few of them and they’re pretty innocent and they seem pretty innocent on the surface, but the impact can be really profound. I mean, one of them is simply the word no. And it’s not that we shouldn’t ever say no, I mean, of course, that would kind of be silly to say that, but it’s when somebody’s default position is no, that’s when—and we all know people that sort of the very—you ask a question and the very first thing out of their mouth is no. That creates a negative atmosphere.

I had a great example. It was three or four years ago and my wife and I were on a cruise. It was a well-known cruise company. As always, they’re delightful. But like all giant cruise ships, they have these bars, like all over the ship.

We and our friends, there was one that we went to and it became comical because somebody would come up, the person, the waiter or waitress would come up and you’d say, “Hey, do you have this kind of wine.” And it would always be, “Oh, no.” And we’d say, “Well, gosh, we got that yesterday.” “Oh, well, then let me take a look.” So, it would be like that, it would be, “Hey, can we do this?” “Oh, no.” “Oh, okay, gee, I thought we could because we could do that over at this other bar in the boat.” “Oh, well, let me just check.” It was like their default thing is no.

We see that in the workplace all the time, where it’s, “Hey, were you going to have time to do this?” “Oh, no. No, I’m not.” Then it’s, “Well, it’s really important.” “Okay, well, let me see if I can figure it out.” But when your default is no, you get a reputation as somebody that’s negative.

The thing is, no is okay, but that’s not what you should start with. You should start with, “Let me see, let me check, what can we work around it?” Even when you do have to say no, instead of just saying no, it’s really good to say, “No, but here’s what I can do,” or “Here’s what we can do.” Give somebody an alternative. Basically, you have to let people know you care because if you get known in the workplace as that negative person, your career is just grinding to a stop. [Laughs]

But the thing is, the moment somebody says to you—the moment somebody begins their sentence with, “Well, actually…” you know you’re about to be corrected. You know that they’re about to tell you you were wrong. It creates this invisible language. Language that has no sound but you still hear the word. You still hear the word “idiot” like loud and clear.

It’s like when my youngest daughter will look at me and say, “Well, it’s not like that, Dad.” It’s like, “Stupid.” Like it’s there, she didn’t say it out loud, but you know it’s there.

And then the other one, which I think most people have heard, but the “yeah, but,” or, “yes, but.” If you get known as that person that every time somebody says, “Hey, here’s a great idea and then you’re the one that says, “Well, yeah, but…” again, all you’re doing is presenting yourself as a negative and confrontational kind of person.

Those are three. Those are three just simple little things, the word no, actually, and yeah, but. There are more, of course, but we probably don’t have all day. [Laughs]

Heidi: What are some good replacements for those negative words?

Belding: Well, and that’s a really fair question. I think when you look at, for example, instead of saying no, one of the best things you can do is say, “Wow, that sounds important or that sounds really interesting. Let me check, let me see what we can do about things.”

Now, you might ultimately have to say, “Wow.” And when you do have to say no, a better thing to say is, “You know what? I really wish I could. This really sounds important to you and I wish I could do that, but then, here’s what I can do.”

When you say things like, “I wish I could,” there’s empathy. You’re letting that person know you care about them. And then when you say, “But here’s what I can do,” you’re also letting the person know that you’re a resource, that you want them to be successful in whatever it is they’re looking for.”

Things like saying, “Actually,” just don’t say it. There’s no better way to just not say, “You’re stupid,” to people that I can pick up. [Laughs]

One of the most valuable things you can do to prevent an argument from coming is to take away the word, “Yeah, but,” and use—we refer to it as just simple validation. It’s simply validating what the other person says. If somebody says, “Hey, let’s get some Chinese food tonight,” instead of saying, “Yeah, but,” which is basically, “I don’t want to listen to what you have to say,” you say something like, “Oh, man, you could eat Chinese all the time [laughs], I mean, you love your Chinese food.” Right? You’re validating it. You’re not letting them feel stupid, you’re letting them know you’re hearing them, but now you turn it into saying something like, “You know, I really feel like maybe, you know, how about we try some Italian?”

Now, if that person doesn’t say, “Yeah, but,” all of a sudden you have, “Italian sounds really good, too.” But you end up, by absolutely—and we do this in our workshops when we’re doing training and people are amazed at how absolutely naturally you start falling into a pattern of reconciliation, of pulling together, as opposed to pushing people apart with an argument.

Anyway, those are some really awesome ways to deal with them.

Heidi: What are some other trends or attitudes that should be avoided in the workplace?

In terms of the trends, the trends or pitfalls, you just want to make sure that that’s not how you ought to be perceived in that case. In today’s workplace, most people are pretty busy. It’s getting pretty frantic out there and we are all stressed. A big part of that is being able to recognize that other people around you, or even they might be doing different jobs, are equally stressed as you, and that’s why the more you can come across is that rock, that person that doesn’t change, that’s always there. That’s the more valuable you are.

Heidi: What can managers do to avoid sounding too negative?

Belding: Managers play a giant role in the workplace and I think a lot of times for those of us that are managers, we lose sight of it. We lose sight of how much influence we have on the attitudes and the performance and the happiness and the satisfaction of the people that work for us. It really is gigantic.

The number one strategy that I would say is to recognize that when you show up in the morning, whatever your mood is, whatever—that’s the mood that your entire team is going to be in within about 20 minutes, 30 minutes. If you ever want to see how good a manager you are, if you want to—just turn around and look at your staff. I’ve never seen an exception. I’ve never seen a workplace with a really happy, cheerful manager and a team and staff that are miserable and torn down and negative and hating it. I’ve never seen a workplace with one of those bosses from hell where they’re always yelling and screaming and always in a bad mood with a staff that’s just like, “Hey, how are you? It’s nice to see you!” Like you don’t see that. Your staff is a reflection of you.

The number one thing that you can do to make sure that you have a positive workplace is manage yourself, is to understand that you’re setting the tone.

Then the other thing is when you do that, you create—I mean, that’s the foundation of a solid team. But the second half of that is communication and it’s making sure that people understand what your expectations are. People understand when you appreciate what they’re doing. People that, if they do cross a line, if they’re perhaps not behaving with positive strategies or they’re doing things that might compromise the workplace, that you let them know. So many times, we get to see it and we talk with people, somebody who might have a reputation as being a bit of a troublemaker in different ways, and this person has no idea. In their mind, they’ll say, “Well, yeah, I say ‘Yeah, but,’ all the time because I’m just asking questions and I’m challenging it.” They have no clue that they’re being perceived as negative. So, that’s a manager’s job.

I mean, a manager has to help guide people to being productive. I think that’s perhaps the most important things that we can do.

Heidi: That’s all the questions I have. Anything you’d like to add?

Belding: Well, sure. I mean, one of the things just because it’s so fresh in my mind right now [laughs] is in my new book, The Journey to Wow, one of the final points in the book—and I think it’s chapter 34, I want to say—but it’s about leadership. Because the book is about creating this—an overriding culture of customer experience, a positive customer experience, but really, when push comes to shove at the very end, and at the end of the book it says what drives it is the leader, is leadership.

It’s like everything. We, as managers, we drive stuff. Things don’t drive us as much as we want to believe that. In the book, we talk about sort of—there’s an analogy, because it’s a parable, so it’s kind of a fun story—but there’s an analogy of leadership to gardening and the things you have to do to be a successful gardener, in terms of making sure you plant the right seed in the first place. You can’t plant tomato seeds and expect pumpkins to grow, so you have to make sure you plant the right things. You have to make sure you water it and you weed it and so on and so forth.

That’s the one thing that’s really important is for managers to understand that so much of the environment that you’re dealing with is in your hands, it’s in your control. You really just have to sort of make sure that—we have to make sure that we’re doing the things that we have control over in order to create that.

That’s kind of how I would leave it.