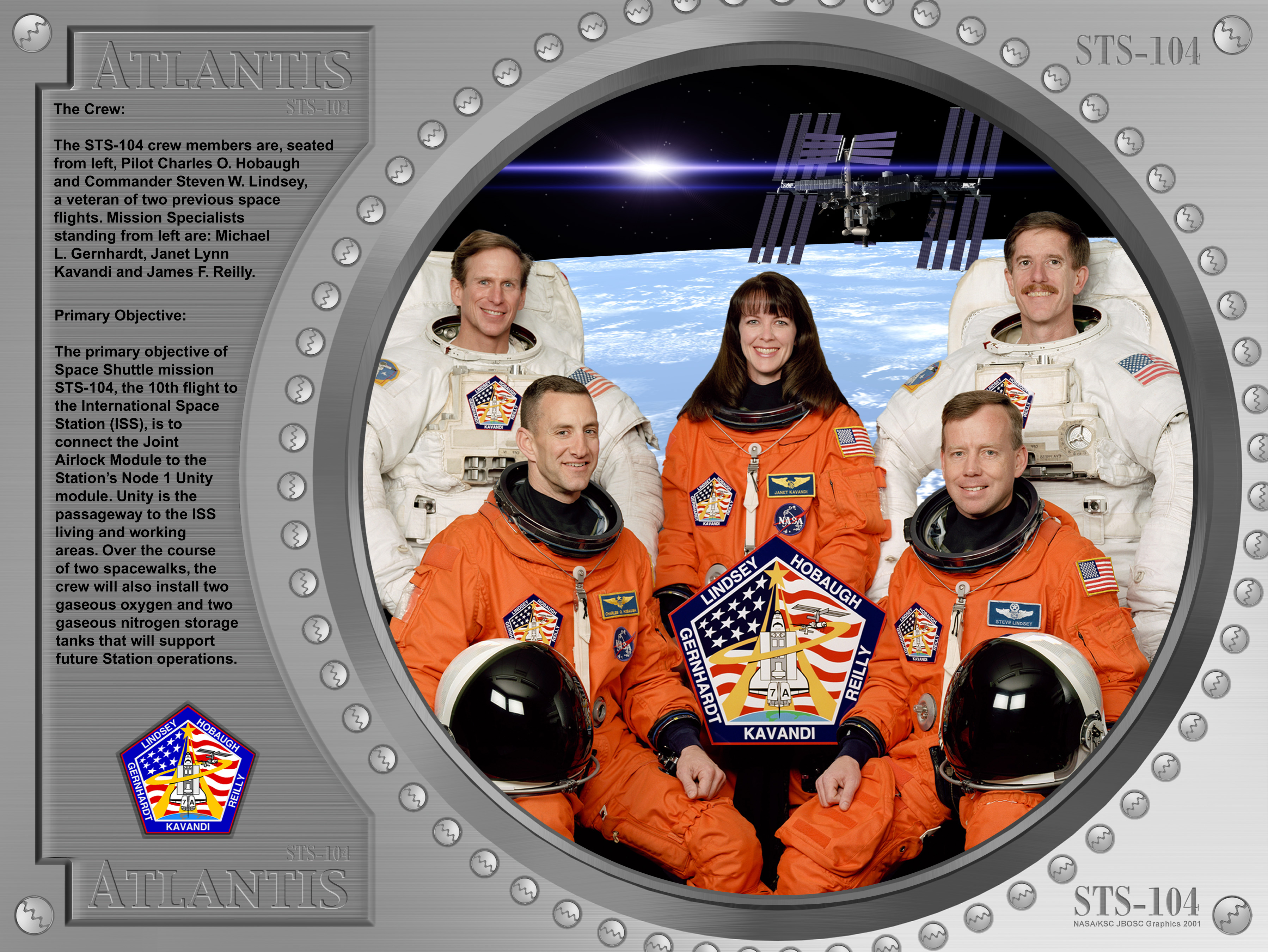 STS-104 launched on July 12, 2001 with the Joint Airlock Module, nicknamed “Quest”, which was designed to accommodate American Extravehicular Mobility Units (EMUs) rather than have to rely on the Russian version. The launch tested a new Block-II SSME with improvements meant to enhance reliability. The test was a success. In-orbit inspections of a backup EMU meant for the space station revealed a potassium hydroxide leak close to the battery. Though the crew was able to replace both the battery and the source of the leak with spare parts, Houston decided to bring it back to Earth. 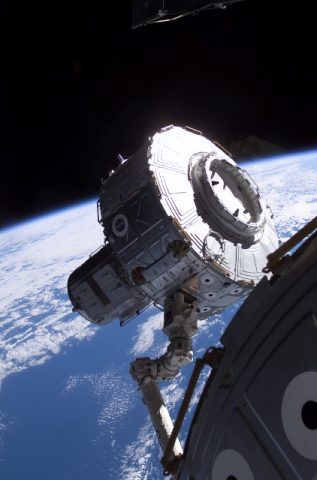 The docking with PMA-2 on July 13th was filmed by an IMAX camera in the Atlantis’ bay. The joint station and shuttle crews reviewed plans for the installation of the new airlock, with Janet Kavandi rehearsing the use of the RMS to move the spacewalkers around the station. The next day, James Reilly and Michael Gernhardt prepared Quest for removal from the bay and Susan Helms swung Canadarm2 around to move Quest to its new home on Unity’s starboard CBM. Gernhardt and Reilly rode Atlantis’ RMS around to the CBM and used cameras to provide Helms with extra viewing angles while she docked the airlock. Once it was firmly in place, Gernhardt attached some cables to power Quest’s heaters and Reilly attached some foot restraints to the airlock’s exterior to assist with future EVAs. With that done, the two spacewalkers returned to Atlantis.

The next day, the Atlantis crew ventured into the International Space Station to help with preparing Quest for use. They held a brief ceremony in which Station Commander Yuri Usachev and Shuttle Commander Steve Lindsey cut a white ribbon and declared Quest open for business. The two crews hooked up umbilicals, removed bolt drivers from the CBM, checked out radio equipment on Quest and in the two EMUs, and cleaned up a water leak caused by air bubbles in the water lines. The leak delayed the checkout of EVA equipment.

The second EVA involved a complicated choreography between Canadarm2 and the RMS, made even more difficult by another crash in the C&C computer meant to control Canadarm2. A reboot solved the problem. Gernhardt and Reilly again rode the RMS out to Quest. Canadarm2 lifted three gas tanks, one at a time, out of Atlantis’ bay and moved it over to Quest. Gernhardt and Reilly bolted it into place. The procedure was repeated for the second and third tanks. The EVA lasted for 6 hours and 29 minutes.

Flight Day 8 was devoted to finalizing the connections between Quest and Unity and replacing a leaking valve on Quest with one on Destiny. Flight Day 9 featured a dress rehearsal of the upcoming EVA and a televised tour of the new airlock. The third EVA on Flight Day 10 was Quest’s first workout. Depressurizing the airlock took longer than planned and the ground started an investigation into the matter. Gerhardt and Reilly finally opened the hatch at 0035 on July 21. Voss operated the Canadarm2 to retrieve the fourth gas tank from Atlantis’ bay and Lindsey maneuvered the RMS into position so the spacewalkers could use it as a workstation. Once the tank was bolted into place, Gernhart and Reilly moved on to the P-6 photovoltaic tower to inspect a motor that had gone dead. They saw no obvious faults in the motor and returned through the Crew Lock, an airlock based on a system previously used as an “internal airlock” on the space shuttle. The next day, the two crews parted for the final time and Atlantis landed at the Kennedy Space Center on July 24. 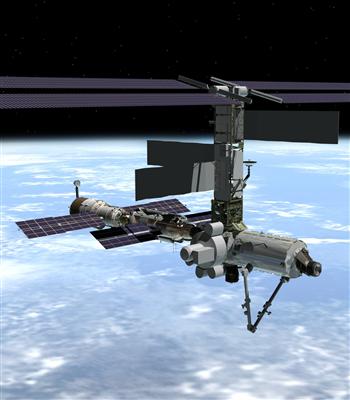