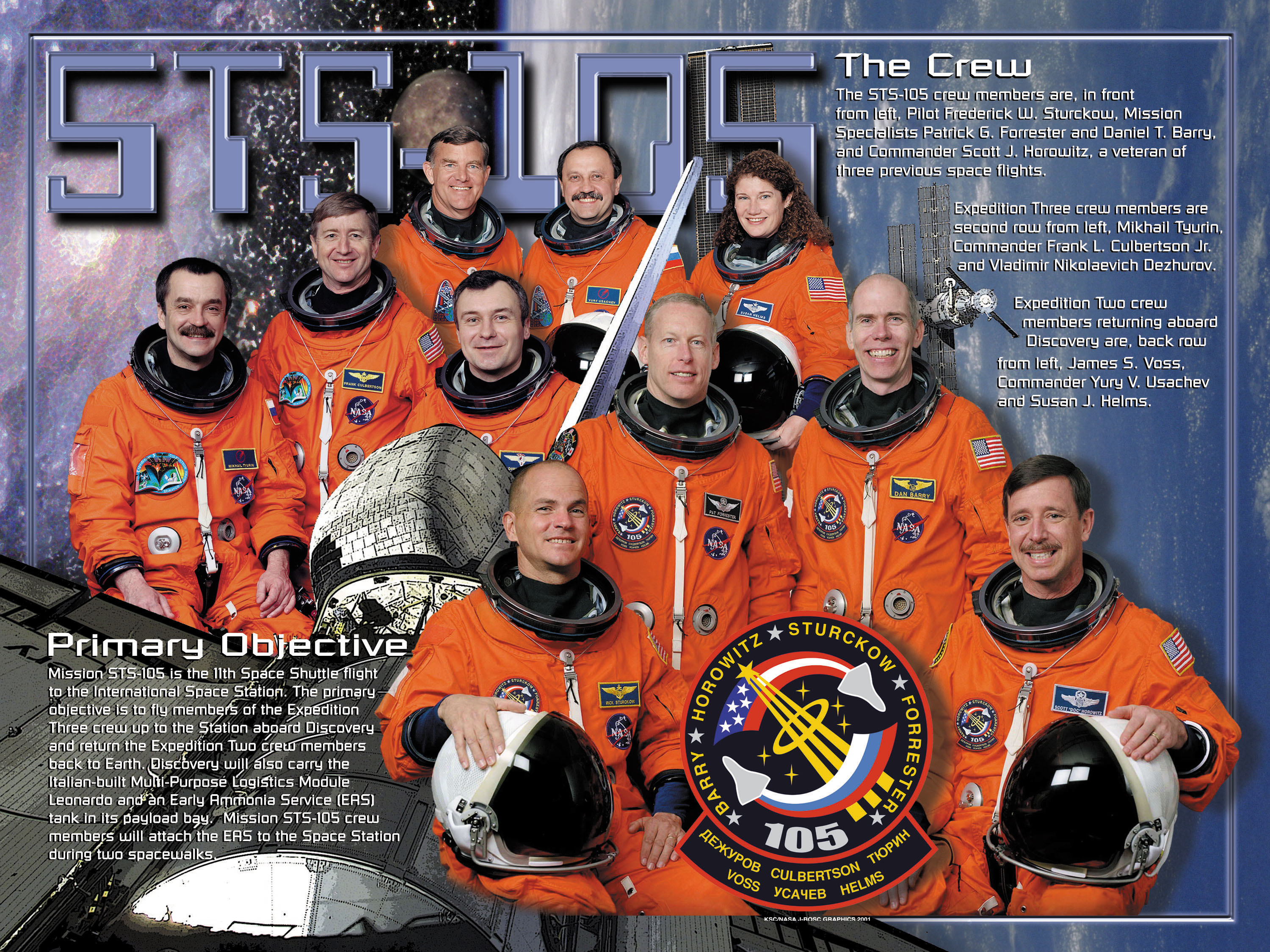 STS-105 launched on August 10, 2001, five minutes ahead of schedule due to approaching bad weather. This was a rarity for NASA, especially considering the delays in building and launching components of the space station that the agency had become used to. Its primary goal was to deliver the Expedition 3 crew consisting of Station Commander Frank Culbertson from the USA and Cosmonauts Vladimir Dezhurov and Mikhail Tyurin from Russia. STS-105 also carried the “Leonardo” MPLM, which contained EXPRESS racks 4 and 5 and a third sleeping compartment to be installed in Destiny. On August 12, the Discovery rendezvoused and docked with the International Space Station. 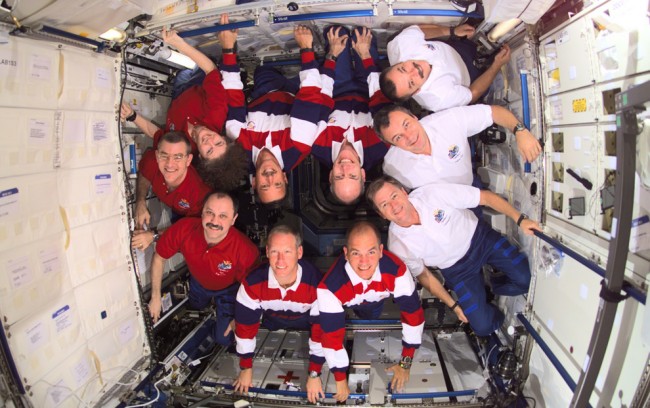 On August 13, the Expedition 3 crew swapped their seats on the Discovery with Expedition 2’s seats on the Soyuz and officially took charge of the International Space Station. Shuttle Commander Scott Horowitz and Pilot Frederick Sturckow powered up the Discovery’s Remote Manipulation System and used it to lift Leonardo out of the shuttle’s bay. Leonardo was mounted on its temporary dock on Unity’s nadir port. The combined crews installed new software on Zvezda’s computers, unloaded cargo from Leonardo and Discovery’s mid-deck, and prepared EMUs for planned EVA activity. On August 16th, the Expedition 3 crew celebrated the 1000th day since Zarya’s launch with remarks radioed back to Earth.

Patrick Forrester Shows Off Near Discovery

Just for fun, Patrick Forrester decided to strike a pose with Discovery. 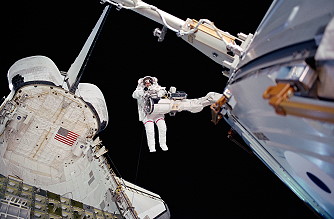 Daniel Barry during an EVA.

The highlight of August 17th was a news conference with the combined crews. In a brief ceremony for the cameras, Expedition 2’s commander, Yuri Usachev, handed over command to Expedition 3’s Frank Culbertson. August 18th featured a second EVA by Barry and Forrester in which Horowitz used Discovery’s RMS to move them around the station as they attached heating cables for the planned Starboard-0 (S-0) segment of the Integrated Truss Structure.

The next day, the crews finished loading Leonardo with items to be returned to Earth. The Discovery’s RMS retrieved Leonardo and returned it to its bay. On Day 11, they had another TV special in which Culbertson, who had been NASA’s program manager for Shuttle-Mir, produced two plaques commemorating the Mir station. He congratulated Expedition 2 on a job well done, and then the hatches were closed for the final time at 0830 on August 20th. Discovery touched down on August 22 with little fanfare.