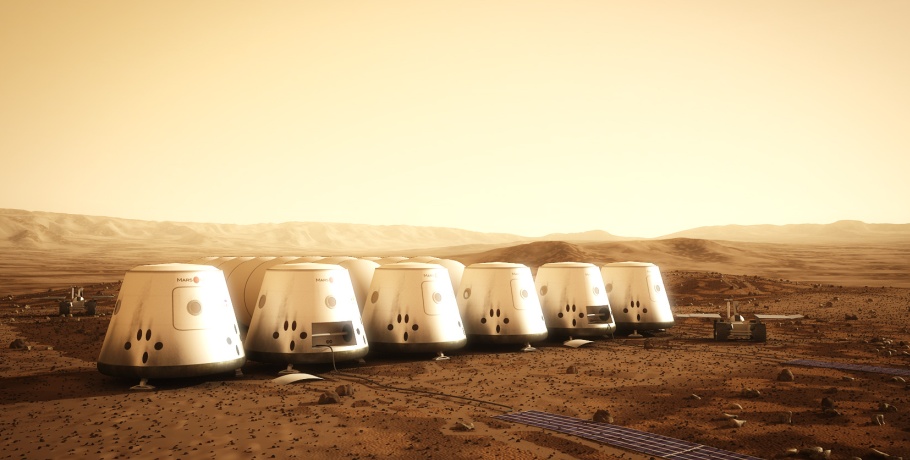 A visualization of the Mars One colony. Image credit Mars One

So you might have heard that Mars One intends to send colonists to the Red Planet by 2023. Some of the details are already available, including advance supply missions to ensure that the infrastructure is in place before the colonists arrive. It would be interesting to know what the actual manned mission to Mars will look like.

Plans and proposals have been floating around for quite a while, even before anybody had ever actually flown in space. Famed (and occasionally infamous) rocket scientist Wernher von Braun proposed a flotilla of Battlestar Galactica-sized spaceships to visit Mars. More recently, NASA’s contractors put their heads together to propose building infrastructure that included refueling stations and expensive spacecraft driven by nuclear propulsion. The total cost would have run in the hundreds of billions of dollars, which made it unpalatable to both the American public and Congress. If our representatives don’t want to divert that kind of money away from their pet projects, a private organization won’t have a snowball’s chance on Venus of raising it. 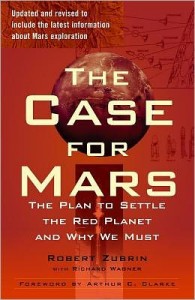 A simpler, and thus less expensive and more likely, plan came from Robert Zubrin, as outlined in The Case For Mars. He dumped most of the infrastructure that the contractors used to essentially sabotage their own efforts and nixed the idea that Earth should supply all the materials needed to support a mission to Mars. A small nuclear reactor can produce the power needed by a modest-sized Martian base. Frozen water is readily available in the Martian regolith. This water can be used both for drinking and to produce water through a process called electrolysis.

For any potential return trip to Earth, rocket fuel can be created using elements in the Martian atmosphere. Mars One itself noted recent advances in additive manufacturing and new parts can be “replicated” using an industrial 3D printer and raw materials obtained on Mars. That reduces the need for expensive interplanetary shipping to the supplies needed for the trip to Mars and initial setup of the base. Sending forty colonists to Mars will still come with a price tag in the tens of billions of dollars, but the relatively inexpensive plans make fundraising a little easier for an organization like Mars One.

Another factor to consider is the route we actually take to Mars. The spacecraft we send has to get from Point A (Earth) to Point B (Mars). Both points are moving fairly rapidly, so mission planners have a complex set of equations they have to use for operations like sending robotic probes to Mars. Think you’re okay if you’re off by a couple percentage points? Think again. Remember that you’re trying to bulls-eye a moving target when you’re moving, too. At least one of the Apollo astronauts have gone on record with their thoughts about possibly missing the Moon altogether and becoming another lifeless satellite of the sun. If similar errors crop up somewhere between Earth and Mars, the crew could miss Mars altogether and wander in circles until they run out of consumables.

The amount of time spent between Earth and Mars can vary according to the route the spacecraft takes and the amount of fuel its builders are willing to burn. The most commonly proposed route from Earth to Mars would take about 260 days, or almost nine months. If the crew plans on returning (and Mars One colonists aren’t counting on it at this point), this would also give them 460 days on Mars before they take another 260-day journey back to Earth. Mars One has chosen a similar option for its first planned launch in January 2016, which will carry 2500 kilograms of cargo to Mars and land in October 2016. A similar delivery of the Mars One Rover is set for launch in 2018. This Rover will scout for a suitable location for landing. The remaining elements is expected to be in place and ready to go by 2022, when the first four colonists will launch for Mars and arrive in 2023.

The Planet Mars on eBay