What a typical day at Ellis Island looked like. Image credit Wikipedia

Have you ever thought of moving out of the area you live in? Sure you have. Like most people, you probably get sick of looking at the same cars on the way to work and the same people at the office even when you like your job. Even your best friend’s weird habits get on your nerves sometimes. And who doesn’t dream of owning an oceanfront home in Virginia or becoming the next hot Hollywood sensation, right?

If you’re an American, you probably take for granted that you could do exactly that once you’ve worked up the nerve and enough money for a down payment on that dream home. It’s more complicated if you live in a foreign country. You have to navigate the complex world of visas and paperwork, and there have been actual cases where immigration employees denied applications for no good reason. When dealing with the consulates in some countries, you practically have to know somebody who knows somebody who can at least be counted on to give your application an honest assessment. But that doesn’t necessarily stop you from having to wait for years if you’re unlucky enough to live in a country that the U.S. has slapped with strict immigration quotas.

Unfair? Sure it is. You have to sit on your hands because the U.S. government seems to have arbitrarily decided that it doesn’t like people in your country very much. It would almost make sense if you had a shady past or your country had a well-deserved reputation for hijacking airplanes. In a lot of cases, though, potential immigrants are just residents of a poor, maybe crime-riddled nation who just want to get out of there and into a place they see as the land of opportunity. They must get so fed up with waiting that maybe they wonder why Americans complain about illegal immigrants who could well have gotten sick of waiting for official approval and came here anyway. The immigration system is so fouled up that people who actually want to prove that they can respect the law might well give up in pure frustration. If you listen to some sources, you’ll run across the idea that potential immigrants giving up is the entire reason that somebody came up with immigrant quotas in the first place. Essentially, certain people don’t want poor downtrodden people who couldn’t make it in their own countries coming here and leeching off the rest of us when it was us and our (immigrant!) forefathers who made this country what it is.

Some immigrants are like that. They came here illegally, don’t pay taxes, somehow manage to collect welfare, and send children who can’t speak English to our schools. And they figure out fast that they can be exploited by employers who can hire five of them for what it takes to hire one American for the same job, and if they try to report insufferable working conditions, they might be deported. Some don’t even stop at sneaking across the border when it comes to illegal entry, as any border guard who has ever run across a tunnel used to smuggle people and drugs across the Mexican border can tell you. These are people who haven’t proven that they can respect our laws and they shouldn’t be rewarded for sneaking and leeching off the rest of us. However, most of them probably just wish Congress would fix the immigration system so they can obtain citizenship instead of living like criminals. What they should do is get back in line and hope Congress mans up and goes to work on making the immigration system something that works for people who actually respect the fact that they’re not in their home countries anymore and make a solid contribution. Nobody really knows how many illegal immigrants there are in the United States, but estimates run as high as eleven million people.

Even the poorest immigrant can have something to offer. Though Ellis Island is no longer a gateway for freshly arrived new Americans, many settle in New York City where they are impressed by the bustle and find jobs driving taxi cabs or taking tickets. Some might even go to work at Wall Street, learning the business of trading billions of dollars in stocks and bonds every day just by observing. One young Holocaust survivor who had been unhappy in his homeland came and found his first job in America as a diamond cutter, served in the Army for a couple of years, became a hotel manager in Cocoa Beach during the height of the Space Race and then partner in a few Orlando-area Holiday Inns, and then retired from business to found a few charities like Give Kids The World. If you have ever met Henri Landwirth, you had a chance to shake the hand of one of the best Americans you’ll ever meet.

It certainly would have been a loss to America if Henri Landwirth hadn’t been able to find a sponsor him as a new American due to the ever-annoying immigration quotas, or if his homeland’s government had been unwilling to allow him to emigrate. There are actually nations that will stop attempted emigrants from crossing the borders and are willing to punish the families of those who do make it out. Other than the occasional defector or incidents like the one in which several Olympians went missing during the London Olympics, these countries do not see much emigration simply because such a thing is strongly discouraged or the people are so dirt-poor that they can’t scrape together the money needed to move out of the country. It later turned out that at least one of the missing Olympians had requested asylum and they wanted jobs in England. Maybe these countries know that with every escaped émigré comes the likelihood that the stories of human rights abuses will spread, or maybe they just know they’ll get a mass exodus of highly competent workers if they open their borders because the economy is also often a train wreck in these countries. As someone who dislikes the idea of staying where I’m not wanted, I can actually sympathize with these poor people and I hope those Olympian defectors did find what they wanted.

The human race has a long history of moving around to new locations where they hope life will be better. Historically, moving often meant access to new resources that were essential for survival for a tribe of hunter-gatherers who hadn’t been introduced to agriculture yet, so that gets built-in to our genetic code with the instinct to expand our territory or go out and see what’s beyond that next hill. Blocking people to moving to new places means going against human nature and that’s going to be increasingly important when we start spreading out to new worlds. What do you do with a person who wants to travel to Mars? If he simply doesn’t want to live on this planet anymore, giving him the chance to try sure beats having yet another suicide statistic on your hands. And Mars will have to deal with it, too, when you start seeing the quitters who have had enough and want to go back home to Earth. I can see governments wanting to know who is coming into their nation because it doesn’t make much sense to just throw the whole thing wide open and let the terrorists in. But if you want to be seen as the true “Land of Opportunity” where anyone can make it if they’re willing to get their hands dirty, you won’t block the people who are honest and hardworking and just need a chance to improve their lives.

More on the Immigration Reform Debate 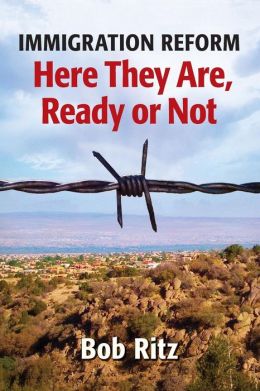 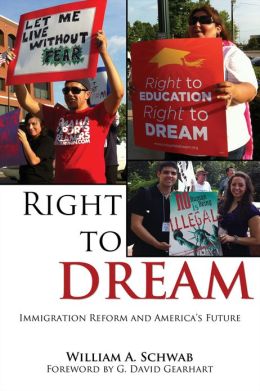