It was a joke, dudes. We’re taking things way too seriously right now.

So you might have heard that Dogecoin co-founder Jackson Palmer is taking what he calls an “extended leave of absence” from the cryptocurrency community. This doesn’t mean he’s written off the idea of coming back at some point in the future. It just means he’s gotten sick of the “toxic” atmosphere in which wannabe entrepreneurs are launching “half-baked” startup ideas without much idea of what they’re getting themselves into. As the Adobe senior manager, it’s possible that he never meant to do cryptocurrency full-time anyway.

He reminds cryptocurrency enthusiasts that Dogecoin “started as an absurd, playful joke.” It is difficult to take an altcoin with a cute mascot that uses funny grammar seriously, and maybe he does have a point when he says that the cryptocurrency community has hit a serious public image snag. If the community wants to take Bitcoin mainstream, it will need to move past being the preferred currency of white male anarchocapitalists – and it won’t hurt if we can regain our sense of humor.

Okay, this is from six months ago. But it gives a decent idea of what Dogecoin was supposed to be about.

Fortunately, there are still a few ways that cryptocurrencies could be salvaged, but it will take a better-coordinated effort. While the Bitcoin Foundation has been heavily criticized for controversial decisions, standards-setting consortia have a good track record for setting across-the-board technology standards that work across multiple platforms. USB is one such standard. The IEEE 802.11 standard that governs Wi-Fi is another. It’s a way to keep things predictable enough that consumer devices can still talk to one another regardless of who is having a disagreement with whom in the tech world this week.

Like Blockchain records, these standards will only mean something if most people agree that they’re valid. However, since Bitcoin doesn’t have to put up with much more than the occasional competition between the old version and new version of its chain (annoying for miners but manageable if everybody cares about not having a permanent split in the system), perhaps we should expand more on the idea of Blockchain governance to help get past Palmer’s complaints that there’s no chance of a chargeback if something goes wrong with a deal or an account gets compromised. Yeah, I know, that “feature” is meant to protect the rights of the vendor. But follow me here.

Already, we have Smart Contracts that can return digital assets to their original owners if a deal goes south, and the idea of using the same technology to manage physical assets is on the horizon.

One favorite example is a specialized client on a self-driving car that can drive the car back to a dealership if its owner defaults on a loan. If the asset is not mobile and capable of handling obstacles on its own, access should be disabled until the situation can be resolved. This would preferably be handled in a way that the asset will not be harmed in the process, or we’ll be frantically trying to placate animal rights groups when a herd of cows starves to death because the farmer couldn’t get into the barn.

A Smart Contract feature could be combined with the concept of “smart” receipts and added to future uses of cryptocurrencies to ensure that not only are the rights of consumers protected, but vendors can prove that any particular consumer received the promised purchase if a consumer attempts to commit chargeback fraud. These could function as semi-independent sidechains that can be pegged together or to a main chain in a way that the main Blockchain can check the appropriate records on the sidechains if there is a dispute. Any attempt at a fraudulent chargeback would have one of two results: Either the chargeback would be automatically denied with optional notification of the vendor that a chargeback was requested, or the transaction would be reversed and ownership of the assets received by the consumer requesting the chargeback would be automatically returned to the vendor. This would cause any attempt to fraudulently request a chargeback to be deemed more trouble than it’s worth after the first few tries.

Think it won’t work? If you think the difficulty levels involved in mining Bitcoin are bad, think of what would happen if someone tries to tamper with a record-keeping system that involves three Blockchains! As a content writer, I’ve worked with people who mean to bootstrap the Blockchain to create applications for just about any purpose that would benefit from a record-keeping system that is open-source, decentralized, transparent, and difficult to tamper with. They’ll probably get around to creating Blockchain Smart Receipt and inventory management systems from what I’m seeing. From there, it won’t be a far stretch to program a kind of master application that would check both the contract and the receipt before deciding whether to authorize or deny the chargeback. While it might tick off some consumers that their car drove itself back to the dealership because they couldn’t make the loan payment that month, at least the vendor can rest assured that his bases are covered if the occasional consumer just flat-out refuses to keep up his end of the deal or makes an attempt at fraud.

This may piss off the pure anarchocapitalist crowd a little bit. Nobody’s going to do business with a known scammer, right? The key word here is “known” and some of the smarter scammers are just not that easy to spot. Escrow and chargebacks both exist because consumers don’t like to do business in a pure caveat emptor system, and entrepreneurs usually won’t want to do business in a pure caveat venditor system. That’s the whole reason for the advent of the Smart Contract system in which the consumer will get his money back if the vendor doesn’t deliver the goods, and ownership will return to the vendor if the consumer doesn’t pay up.

It’s going to be about people actually using it. Anarchocapitalists understand supply and demand. If there’s demand for a product, suppliers will find a way to make it happen even if the price is driven up by complications like heavy regulation. The initial demand for Blockchain Smart Contracts may be the people who have been burned by contract fraud in the past and want to make sure that any contract they sign can’t easily be tampered with. Anyone in the Cryptosphere who has been had by a scammer should be clamoring for this stuff. If you’re a wannabe entrepreneur, you should forget the half-baked business schemes, about 99% of which involve yesterday’s news anyway, and focus on filling that demand in a meaningful way.

Anyway, the anarchocapitalists should relax and develop a sense of humor. Government regulators may not be necessary if we can simply create our own standards of conduct along with a way to enforce them. BitNation has the right idea if its idea of voluntary governance can be combined with Smart Contracts that can reduce the need for judicial action if people just generally agree to use them for everyday business. It just requires some leadership from experts who truly understand the issues so control over regulation won’t be taken out of our hands by people who don’t. 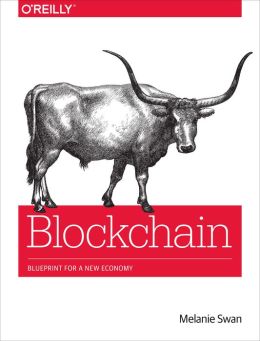