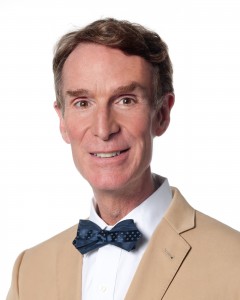 I’m sure we all know by now that Bill Nye has a bone to pick with Creationists. He debated Ken Ham over it. Now he’s saying that children who learn about Creationism won’t be able to participate in the future because, as he puts it, Creationists are “raising a generation of children who can’t think.” At first glance, that sounds like a reasonable statement. The Bible was written at a time when people thought Earth was the center of the universe. For all they knew, a really good thunderstorm could have been a god throwing a temper tantrum. If you don’t have a decent grasp of modern science that has nothing to do with blaming Thor when that tree in your back yard gets blown apart by a lightning bolt, you’re probably not going to have any kind of career in any field that even peripherally involves science and technology.

Harsh words, maybe, but that’s fairly accurate. We see it whenever religious types are elected to school boards or state legislators and now they want to replace evolution with Creationism in science classrooms when it would be better to relegate Creationism to an elective class on comparative religions if you have it in the classroom at all. These are vulnerable young kids who haven’t really learned critical thinking skills yet, and some adults who first learned about evolution when they took the required science elective for their college degrees say that they were at a distinct disadvantage. On the map below, you can see the states that have the most schools that teach Creationism, and these are schools that are being supported by state tax dollars. This is something that’s really happening regardless of what you think of the separation of church and state, so maybe Bill Nye isn’t exactly being paranoid. If you don’t like it, don’t be like the 60% of Americans who stayed home from the polls in November 2014. 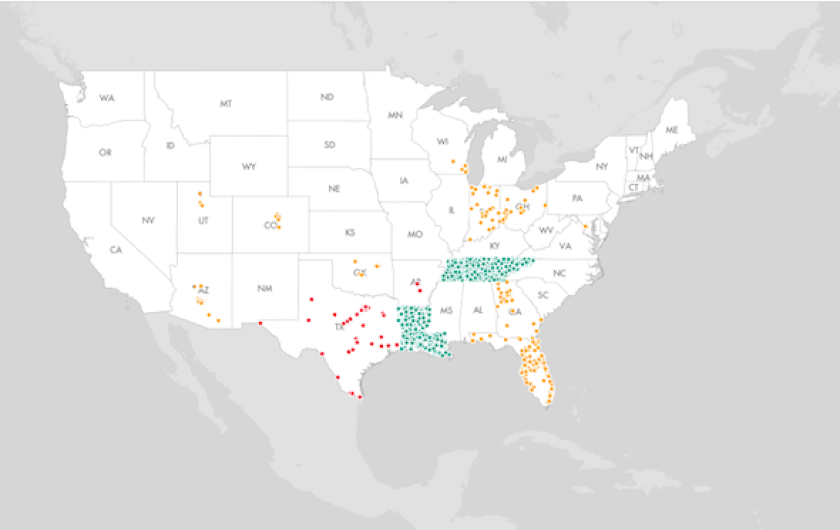 It would be more accurate to say that children won’t have much of a future if they aren’t taught to think for themselves. This idea of kids being able to develop good problem-solving skills may lead to a belief system that is radically different from yours, but they’ll be more capable of participating in a positive future if they aren’t brainwashed into blindly believing whatever they are told. They don’t get stuck in never-ending logic loops or thrown by evidence that contradicts whatever they might believe. They can quiz a biology or geology professor about how scientists reached the conclusion that a fossil on his desk is millions of years old. They learn how to form good logical arguments for their opinions that won’t get them ridiculed by people who don’t believe the same things they do.

And I’ve seen the ridicule happen in various groups that debate the whole Creationism vs. Evolution thing. Many Creationists have a tendency to fall apart when pressed for physical evidence of their theories because they aren’t the ones bringing a piece of limestone to a debate. Some of the smarter ones try to play semantics. Ken Ham trying to make a distinction between “historical science” and “observational science” is one example. Remember, you weren’t there when the brontosaurus became extinct, so how do you know that people couldn’t really have kept dinosaurs as pets like you see in the Fred Flintstone cartoon? The less intelligent ones resort to fire and brimstone when they fail to convince the skeptic with the usual rhetoric, as if an aggravated unbeliever wouldn’t want to grab them by the collar and tell them that the threat of being strangled is a lot more real than the Hell he doesn’t believe in! Such a thing can’t happen through the wires of the Internet, of course, so a lot of skeptics take the route of ridiculing the people who have to resort to fire and brimstone when the fact that they can’t come up with better arguments becomes obvious.

If you’re going to lose your temper when your children inevitably ask questions about your beliefs, your faith just plain isn’t that strong to begin with. Your faith should be able to take the questioning and maybe even provide a few good answers during those times when kids ask, “Why?” If you don’t know the answer right off the bat, you can still use that as a teachable moment (“Let’s look that up, shall we?”).

If you don’t let that happen, you’re contributing to the dumbing down of the human species and the best that will happen to your children is that they’ll be ignored and worked around while the rest of us contribute to human progress. The worst that will happen to us is that too many children become brainwashed into mental incapacity and fall back into the Dark Ages because their parents believed that passing on their personal belief systems was more important than letting them contribute the future of the human species.