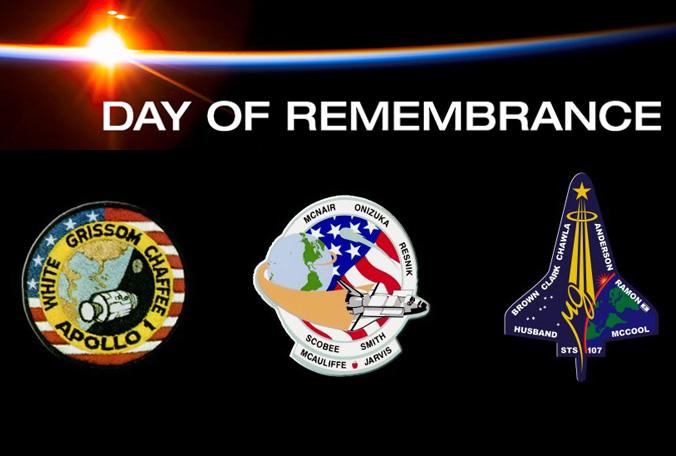 January 27th was the anniversary of the Apollo 1 disaster. Three of the top pilots in the U.S.A. – Gus Grissom, Roger Chaffee, and Ed White – died in a launchpad fire that they had no chance of escaping from. There had been many hints that there were problems with what was being called a “Block I” Apollo command module, but it took a fire to remind NASA and the world of what happens when people become complacent and ignore warning signs when it comes to a high-risk venture like space travel.

Snippet from “From The Earth To The Moon“

This is the beginning of what’s been called NASA’s “Hell Week.” Yesterday marked the anniversary of Apollo 1. The Challenger disaster happened on January 28th, 1986. The Columbia disaster happened on February 1, 2003. Each of these are stark reminders of the dangers involved in space travel.

If you have any kind of interest in aviation, you may be familiar with Captain A. G. Lamplugh’s quote, “Aviation in itself is not inherently dangerous. But to a greater degree than the sea, it is terribly unforgiving of any carelessness, incapacity or neglect.” The same idea seems to hold true with space travel on the American end. In each disaster, “Go Fever” was a factor. People were trying to meet artificial schedules to the detriment of safety. President Reagan was due to give a speech in which he would have touted the strengths of the American space program when the Challenger disaster happened and some people have theorized that the political pressure contributed to NASA’s decision to ignore flight rules that day.

Could these disasters have been avoided? In hindsight, it’s easy to see the mistakes made. Impossible schedules and shoddy workmanship contributed to Apollo 1. Challenger should never have launched on such a frigid day and the technicians should have paid more attention to faults in the O-ring. They should have paid more attention to the effects of flying debris from the main engine tank long before Columbia. In fact, there were warning signs in each event and perhaps some lives would have been spared if the decision-makers in NASA had heeded them.

It’s going to happen in the future, probably more often when expansion into space really takes off. When we reach the point where everybody either has their own personal spacecraft or can catch a ride on SpaceShip100 to go from New York City to Tokyo in less time than it takes you to go from sleeping to working in the office in the morning, it might reach the same fatalities-to-mileage statistical level as road traffic has now. A fair percentage of those fatalities could be avoided if people wouldn’t drive when they were drunk as skunks or exhausted to the point where they fall asleep behind the wheel. People get complacent and think they can handle it even when the data shows that it’s not such a good idea.

Does this mean that spaceflight is not worth it? Naturally not. If people think the risks involved in driving aren’t worth it, they will probably never own a car. However, most people in industrialized nations never seriously consider riding bicycles or walking to work when they can get to the office faster by driving or taking public transportation. The same will be true of spaceflight when we start seeing a future in which going into space could be as uncomplicated as signing a contract to work for an asteroid mining company for so many years. If you think the opportunities and benefits are worth the risk, you’ll sign on the dotted line. If you are an incorrigible ground-pounder who doesn’t like looking up any farther than your rooftop, you’ll just stay home, ride your bicycle and tell your friends why you didn’t jump on the spaceflight bandwagon.

I simply believe that the sacrifices of the Apollo 1, Challenger and Columbia crews should not be wasted. They knew the risks and were willing to accept them for the sake of pushing humanity farther into space. Their names are worth remembering because they gave their lives for a cause that is actually positive and productive.