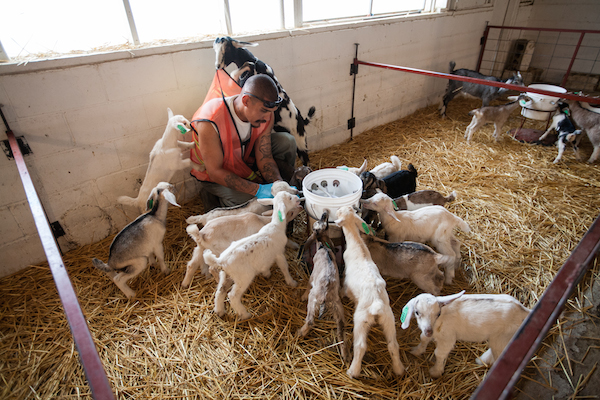 So here’s a scenario for you. You’re stuck in a closed environment, you can only go outside under tightly controlled conditions, and you really only leave the main compound to go milk the goats. At some point while living in this environment, you may wonder, Now how the heck did I allow myself to get into this situation? Am I describing a Martian settlement, or am I describing the goat dairy at Cañon City, Colorado, where prison inmates tend to goats whose milk is going to be turned into cheese for high-end food retailers?

The idea of prison labor sucks, right? You might have mental images of every nation that has ever made its political prisoners work until they dropped from the effects of exhaustion and abuse. In this case, the workers are basically getting room, board, sixty cents an hour, and job skills that will be useful when they are released. They’re being actual productive citizens who have maybe screwed up and gotten caught at it. Compare them to the prisoners who just hang around playing ping pong and talking trash in the rec center and tell me which group is less likely to backslide when they are released.

If you’re worried about convicts’ labor being exploited, well, it does happen in a few places. Even at its best, this isn’t charity, and the worst case scenarios are usually the reasons that opponents of private, for-profit correctional centers say that they should be shut down. The corporations that participate in this program often do not even bother disguising the fact that they’re looking for cheap labor. Just about every story of massive prison riots you hear happened because convicts felt that their rights were being trampled on.

However, the Cañon City dairy goats represent just one of several success stories of prisoners learning vocational skills. Prisoners must earn dairy technology certificates before they can participate. They learn about responsibility and the care of other living creatures. You don’t often see pictures of a guy with tattoos putting up with goats climbing up and tugging on his clothing, but that guy is learning skills that can help him get a job in the agricultural industry when he is released from prison. 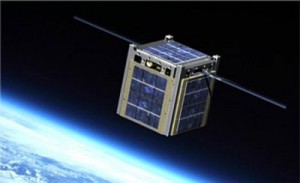 It would be sweet if prisoners could earn extra money by building space hardware like the PPOD used to deploy CubeSats. Image credit Amunaor

The idea of teaching vocational skills to inmates carried over to NASA when Pete Worden, now-retired chief of the Ames Research Center, cut a deal with California’s San Quentin State Prison to teach machining skills to inmates as they learned how to build Poly Picosatellite Orbital Deployers similar to the ones used to mount Cubesats to the launch vehicle for potential hardware tests. Shocked that NASA would make use of prison labor? Don’t be. The program was enough of a success that Worden promised to use his connections in the aerospace industry to help some of the participating inmates find jobs when their sentences were over.

This is the kind of thing that can help prevent inmates from backsliding and returning to prison as repeat offenders. They are already going to have the stigma of having been convicted criminals against them and they don’t need the extra burden of having no vocational skills when they get out of prison. On second thought, comparing life in prison with life on Mars is like comparing apples and oranges when you consider that the worst that Mars will do is turn you into a frozen statue if you get lazy or careless for even a moment. It wouldn’t even be a far stretch for a few space colonies to get their start in the same way that Australia did, as a penal colony that is far enough away from the original world that they can’t do any real damage if they turn violent or escape. So before yelping about the “ethics” of making convicts work for room, board and 60 cents an hour, consider the kind of life they’ll have when they get out of jail. Who would be more employable, the guy who spent his entire sentence playing ping-pong, or the one who could swallow his pride enough to take care of goats?