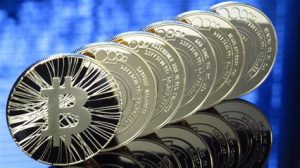 Historically, cryptocurrency enthusiasts have shied away from regulators and even thinking that cryptocurrencies need to be regulated. Bitcoin’s early adopters are primarily Libertarians and smart individuals who dislike the abuses and inefficiencies of the mainstream financial systems. Some of them, like Dread Pirate Roberts and Roger Ver, have even run afoul of the law inside and outside of the cryptocurrency space. They have tended to dismiss regulation as unnecessary at best and stifling to innovation in the cryptocurrency space at worst, and certainly have not done a very good job of communicating with regulators.
Unfortunately, this has led to a perception that cryptocurrencies are the realm of shady actors who operate mostly on the Dark Web. Banks are latching to this as a way to make Bitcoin look like the currency of money launderers and drug deals even though Rabobank was recently fined $369 million for being a party to money laundering. Regulators are primarily listening to the banks and clamping down on cryptocurrencies, ICOs and blockchain projects.

Will Regulation Create Potential for Further Infighting and Further Damage to the Community?

AML Bitcoin recently released a press release stating that the problem involves cryptocurrency insiders’ seeming obsession with anonymity. This anonymity can and sometimes does run counter to KYC and AML regulations meant to counter anything from money laundering to illegal funding of extremist organizations. North Korea is a primary suspect in recent exchange hacks even though the relative anonymity of cryptocurrencies makes this difficult to prove and extremist groups of various stripes have been suspected of using Bitcoin for funding.
When I emailed AML Bitcoin to ask if they would care to clarify their position on anonymity, AML Bitcoin did appear to double down on individuals who have done well for themselves in the cryptocurrency niche in this brief Q&A:

Anonymity is not bad per se and anonymity is an element of the AML BitCoin model. The problem is that some cryptocurrencies have not policed themselves to make it hard for the cryptocurrency users to exploit anonymity for nefarious purposes. The consumers of AML BitCoin must have their identities verified to avoid straw purchasing by individuals, including agents of rogue nations, who are banned from banking. There are several AML BitCoin security protocols in place that include having identity verified by a third party. It is very important that government is not allowed to destroy the business model of cryptocurrencies through overbearing regulations intended on exterminating a competing currency. Efforts in the United States to treat cryptocurrencies as a security or a commodity are wrong headed and would destroy all digital currencies. It is important that an alternative digital currency is introduced into the market to avoid the problems of leading cryptocurrencies with allegations of money laundering, human trafficking and drug dealing.

However, one does not make a good case when one starts out attacking the “Bitcoin elite” who may have simply gotten rich by being early adopters. In fact, AML Bitcoin often gets attacked by cryptocurrency purists who perceive its team as giving up too easily when the regulators show up.
“AML Bitcoin need to create their own government suck-up coin,” the Twitter user known as WTFKenneth? said of the issue.
So it may be that AML Bitcoin is better at making funny commercials than at convincing libertarians that regulatory compliance is good and necessary. The real question is what cryptocurrency insiders can do about regulation in a world where government seems to hold so many of the good cards, or at least most of the heavy artillery.

What Can Be Done for Damage Control?

Erik Voorhees perhaps said it best: “The vitriol in the Bitcoin community is causing at least as much damage to the project as regulators.”
To be fair, we don’t all have to agree on what it’ll take to scale cryptocurrencies to the point where they can compete with major credit cards. That’s what altcoins are for and, yes, Bitcoin Cash is yet another altcoin. Spend your Bitcoin Cash and hodl your Bitcoin, it’s all good. We just have to realize that arguments over scaling are not going to impress regulators who care more about exit scams and money laundering.
A discussion in which each camp seems interested only in defending its own little space is not very conducive toward communicating with regulators who may not appreciate being treated like they’re irrelevant. One thing that the cryptocurrency community should do is learn how to speak the regulators’ language. This can work differently from AML Bitcoin’s seeming attitude that we should roll over and play dead because the regulators and the tax men are going to win anyway. We just need to get across to the regulators that we aren’t their enemy and get them to focus on going on actual fraud and avoiding creating an environment that will shut down on innovation.
That means creating a unified message that can be both presented to regulators and used for a counter-propaganda effort to balance out what the mainstream financial industry has done so far. We are dealing with an environment in which the financial industry wants everybody to look at the woman who was caught sending money to ISIS when a bank gets a $360 million fine for being a party to money laundering. The regulators may actually prefer that cryptocurrencies don’t take a deep dive into the Dark Web and add features that make them excessively manpower-intensive to trace. What can we do to educate governments and the general public about the good things that cryptocurrencies can do?
This may be difficult in an environment in which some cryptocurrency and blockchain insiders still want to believe that regulators can be made irrelevant with better privacy features and others have adopted AML Bitcoin’s attitude that the regulators have already won. None of this debate will mean anything if all sides do not learn how to speak to one another in a civil manner and come up with solutions that we all can live with because then the regulators will sneak stuff past us while we’re fighting with one another.
Talking to the regulators does not necessarily mean that we believe AML Bitcoin when they make comments that imply that they think that the regulators have already won. It just means that we want the regulators to understand what they’re dealing with and would prefer that the public has a decent layman’s understanding of what cryptocurrencies and blockchain are. It’s still acceptable to stay on one’s toes when dealing with regulators, but they need not see us as the enemy if we can take charge of the process.