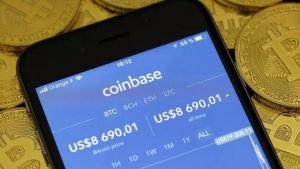 So Coinbase recently got caught up in a big mess where some members were getting overcharged for their cryptocurrency purchases made with a credit card. After some finger-pointing between Coinbase and Visa, Visa admitted that the messup was not Coinbase’s fault. Visa and Worldpay had messed up the processing of some transactions.
Naturally, some exchange members were ticked about it and blamed Coinbase for messing up yet again. They may not see right away that this was actually the fault of a credit card. Was this actually an innocent messup, though? Or could it have been retaliation for Coinbase’s recent announcement that it won’t take new credit cards and/or an attempt to create FUD around a major exchange?

To be fair, the evidence in support of the conspiracy theory that Visa would have done this on purpose is fairly circumstantial. Many credit cards have reclassified Bitcoin purchases as cash advances in order to charge higher fees. It’s not even a secret that the major players in the mainstream financial industry hate cryptocurrencies even as they look into blockchain to make their operations more efficient.
Cryptocurrencies in their pure form threaten to compete with and potentially upend the financial industry’s traditional modes of operation. That means major banks and credit card companies have incentive to spread FUD, publicly call for strict regulations from governments, and possibly sabotage ordinary people’s ability to obtain cryptocurrencies by blocking the purchase of Bitcoin and suspending accounts of customers who are caught buying cryptocurrencies.
As one opinion writer put it, why would Visa be so willing to claim that this was simple incompetence in a matter that so specifically targets Coinbase, anyway? Visa would have to know that it would inconvenience customers to be effectively double-charged for buying cryptocurrencies on a popular exchange because it typically takes days to reverse that charge. The double charge locks funds that customers might need to pay bills until one of the duplicate charges can be canceled. When somebody gets accidentally double-charged, that person is very likely to blame the vendor that accepts the credit card that he or she uses to make a purchase, not the credit card company. Regardless of who is at fault and whether this was actually intentional on the part of Visa, Coinbase’s reputation has been tarnished more than it was already.

How Can This Be Avoided?

Unfortunately, there might not be many ways to avoid actions that screw over exchange customers other than those customers avoiding major exchanges like Coinbase as much as possible. There are ways to earn cryptocurrencies. There are ways to spend cryptocurrencies. Shapeshift is a super convenient way to swap one cryptocurrency for another when needed, no annoying and inconvenient KYC procedure necessary. You can already buy grocery store gift cards using cryptocurrencies and, in some areas, also use cryptocurrencies to pay your rent and credit card bills. When you can pay for everyday expenses using cryptocurrencies, suddenly it doesn’t sound like such a bad idea to let someone else worry about cashing out on the exchanges. Then you can just store your cryptocurrencies in your own hardware wallet and get the added benefit of knowing that your Bitcoin (or Litecoin or Ethereum) won’t get stolen in the next big exchange hack because it’s simply not there.
That may mean leaving Coinbase to the institutional investors and people who want to stash some of their life savings in cryptocurrencies without triggering the court-mandated reporting requirements. Blame Visa for being the jerk who caused this mess if you want, but also cover your own hind end so that things like their apparent messup with Coinbase won’t happen to you. There are a lot of miffed Coinbase users right now, but that doesn’t mean you need to be one of them the next time credit card companies get into a snit and try to rattle cryptocurrency users.