The Internet has standards?

Oh, yes. These standards help us carry out our online activities every day. In fact, these standards are part of the reason wireless Internet is so popular today and helps your laptop and mobile devices understand what to expect when they connect with a wireless router, whether you use Wi-Fi at home, at your favorite café, or at work. If there were no recognized standards, each company would probably just go off and do its own thing, bogging down technology for everybody and confusing all of your devices. 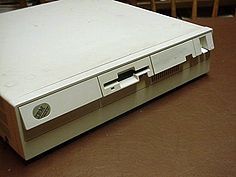 Standards ensure that devices from one vendor will operate well with those from other vendors. If, for example, IBM doesn’t follow a standard, they may find that their devices won’t sell since they might not work with Apple, Novell, or HP products. (IBM really did try going its own way once. The picture is of one of their PS/2 systems, which they tried in the late 1980s and early 1990s with limited success.)

Standards create competition. If a vendor creates a new device apart from standards, it is called a proprietary device. The vendor owns the specifications and perhaps even a patent on the device. This makes it almost impossible for another manufacturer to produce a similar device. On the other hand, because standards apply to everyone, any vendor can create a device based on a standard.

Competition results in lower prices for consumers. When several vendors make similar products based on the same standards, they will also compete on prices. Also, because standards have been established, manufacturers do not have to spend large amounts of money on research and development, which reduces startup costs and the amount of time needed to bring a product to market.

Standards help protect the user’s investment in equipment. It is not uncommon for a proprietary vendor to phase out a product line, which can leave customers dangling when it comes to technical support and supplies for their now-obsolete products. Standards, however, can help create a migration path for equipment upgrades. Newer standards are generally backward compatible or at least provide a means of migrating to equipment based on the newer standards at a minimal cost.

International standards can open domestic markets in larger countries to overseas competition. Manufacturers in other nations may have lower overhead, allowing them to sell their product at a lower cost than domestic manufacturers. This also means that the standards can help under-industrialized developing nations.

Standards can create or reflect political conflict. Although standards are meant to create unity, at least technologically, sometimes one nation will create a standard and offer it as a global standard. However, due to opposing political interests or technologies, other nations may reject the standard and attempt to promote or create one of their own. This ends up undercutting communications because such competition leaves each nation with its own standards, which may be incompatible with the standards of other nations.

De Facto Standards are not necessarily “official” standards created by a governing body. Rather, they are common practices the industry follows, usually as a response to their potential customers’ wishes. For example, Microsoft Windows has become a de facto standard due to its success in the marketplace, in spite of the existence of competitors such as Macintosh Apple or the numerous varieties of Unix/Linux.

De Jure Standards are official standards as created by a governing organization entrusted with the task. The process of creating new standards is often long and complicated. The organization will usually form a subcommittee made up of top experts in a particular branch of technology. Each subcommittee will then create working groups responsible for creating the initial draft for each standard. The draft will then be reviewed by the committee as a whole and may be altered or incorporated into the final draft. It then goes before the organization as a whole and may go through a few changes there before its official public release.

Consortia are usually industry-sponsored organizations that want to promote a specific technology. These are a response to complaints that de jure standards can take several years to take effect, while technology as a whole moves forward. A consortium’s goal is to create a standard within a short period of time. An example is the consortium behind USB technology, an organization that includes large computer companies like Hewlett-Packard and Microsoft Corporation.

The marketplace often enforces standards. True story: In 1987, IBM produced a technology called PS/2, or Personal System 2, and released a whole line of computers around it. Because PS/2 was a proprietary technology, competitors could not recreate it. As a result, the industry as a whole managed to work around it, and now PS/2 only survives as that little round port in your desktop that you plug your mouse into. And how did the industry work around it? With USB slots and Plug and Play technology, which works with your flash drives, printers, some modems, and even most mice these days!

De jure standards are often enforced by a regulatory agency with the power to penalize those who do not abide by the standards. These agencies can be either national or international. An example of this is the U.S. Federal Communications Commission, which regulates radio communications.

The Institute of Electrical and Electronics Engineers, or IEEE, is a widely influential organization that creates standards for computing, electrical engineering, and electronics professions. Their 37 Societies and Councils publish technologically focused periodicals, as well as work on new standards.

The Wi-Fi Alliance, or WFA, is a standards organization that focuses specifically on wireless networking standards. They also act as a register of Wi-Fi ZONES, in which businesses can apply to be placed in an online database of wireless hotspot locations. Approved business can then display a logo similar to the one above.

The Federal Communications Commission (FCC) serves as the primary regulatory agency for communications. Their duties include the regulation of radio frequencies used in radios, TVs, and wireless networks. There are a few unregulated bands, also known as the license-exempt spectrum. These include most home wireless networks, campus applications, wireless local area networks, and long outdoor links.

IEEE 802.11 specifies that wireless transmissions can take place as either infrared light, or radio signals. The original standard indicated speeds of 1 and 2 Mbps. Infrared transmissions, though, were never widely accepted due to such limitations as lack of mobility, an effective range of only 50 feet, and slow transmission speed. Radio became the preferred method for wireless LANs.

802.11b was the result of a revisitation of 802.11 by IEEE when it turned out that 2 Mbps was insufficient for most network applications. This introduced speeds of 5.5 and 11 Mbps. It can also support transmission distances up to 375 feet. However, radio waves are much like voices: a person standing 30 feet from you might hear your voice better than someone standing 60 feet for you. As a result, the 802.11b standard specifies that devices should drop their transmission speeds to 5.5, 2, or 1 Mbps once they get past a certain range.

802.11a was released at the same time and supports speeds up to 54 Mbps. This comes at a trade-off with distance; devices can be no more than 100 feet apart. Due to technical issues, 802.11b products hit the market almost immediately but 802.11a products were not seen until late 2001.

802.11n is the newest wireless networking standard, designed to support speeds up to 600 Mbps. The current state of the art can support 450 Mbps.

Bluetooth is specifically designed for low-powered, short-range transmissions and uses infrared transmission instead of radio. It has an effective range of ten meters. PDAs, Blackberries and wireless headsets all use Bluetooth.

…But isn’t there a new 802.11 standard that was introduced a couple years back?

You guessed correctly. The 802.11ac standard was introduced in 2012. Here’s a video with the vital stats from Cisco.

Great; What Does This Mean For Me?

Standards developed by IEEE and the Wi-Fi Alliance and the FCC allow devices such as your laptop, cell phones, and PDA to talk to each other through a wireless network. Businesses which produce these products benefit by following these standards, for the very simple reason that customers will not buy their products if they do not work with established wireless networks. You benefit because your laptop can connect to any wireless hot spot around the country, your cell phone will hopefully work in most places, and your PDA can connect to Bluetooth networks.