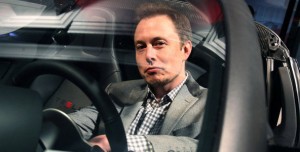 So you may have heard about Elon Musk’s latest dust-up with a fellow named Stewart Alsop. Apparently, Musk decided to cancel Alsop’s Tesla order after Alsop made rude comments about Tesla and Musk in an open letter that criticized the latest launch event. While Alsop might have had some legitimate gripes, such as starting the event almost two hours late with no apology for wasting the attendees’ time, he also got a quick lesson in the free market when Elon Musk canceled the order of a customer who complained rather rudely and, I assume, refunded the $5,000 deposit.

It could have ended with maybe a Tweet or two from Alsop that he was disappointed that he wouldn’t own an electric car that sort of looks like a four-door version of a DeLorean. He did definitely quip, “I guess this means I probably won’t be allowed to buy a SpaceX Dragon, either.” However, some people seem intent on not letting the matter drop so easily if you go by this petition on Alternet that demands that Elon Musk “drop the Napoleon act.”

I wouldn’t call it a “Napoleon act,” myself. A single canceled order doesn’t mean much in the grand scheme of things. Elon Musk did seem surprised with how much attention this matter has gotten if you go by his comment on Twitter: “Must be a slow news day if denying service to a super rude customer gets this much attention.” (@elonmusk if you’re interested in following him.) I wouldn’t have been very surprised if Musk had swallowed his pride and taken the money. That’s what most businessmen would have done in cases where the customer had simply forgotten his manners. However, the point of having a free market is that not only do the customers have a choice about who they want to do business with or not, but the business also has the right to pass on any particular transaction if the customer rubs them the wrong way. Even if it makes the business owner look like a jerkoff every once in a while.

Yeah, this is 21st century America. No business owner who actually wants to keep their business solvent is going to deny someone service strictly on the color of their skin anymore. Denying somebody service because they’re a rude little brouha is another story. This is definitely one arena where you’d want to make sure you can keep your facts straight, including having video documentation on hand whenever possible, but I once watched a McDonald’s franchise owner kick out a woman who was making a huge scene about wanting a straw for her drink when she could have simply grabbed one from that condiments stand by the door. My sympathy was with the franchise owner in that case because that’s not the kind of behavior that business owners should have to put up with. Point here is that some customers are just going to be more trouble than they’re worth even when they’re wealthy enough to afford a Tesla Model X.

Does this Fantom Drive make me look stupid? Nah. Actually, I might wind up looking pretty smart if something goobery happens to my Youtube channel.

Similarly, I’m in Elon Musk’s corner simply because Alsop has a long track record of unfairly criticizing perfectly good products. His headline for a blog entry about the BMW X1 was, “My Car Makes Me Feel Stoopid.” For real! I’m sure he tries to be funny, but that doesn’t change the fact that I’d sound equally foolish if I lampooned a perfectly good Fantom Drive that I use to back up the videos on my Youtube channel. That’s even allowing for the fact that most mass-produced products are going to have the occasional lemon even when they get consistently good online reviews.

So maybe Elon Musk has a short fuse with rude bloggers and maybe he isn’t entirely infallible. Remember, Tesla was once almost bankrupt and he came very close to selling it to Google. Maybe the event organizers could have handled it better. However, that doesn’t mean we should force The Elon to do business with anybody and everybody with little regard for “the right of free assembly” – or at least the right to decide whom we don’t want to do business with that should naturally come with a free market system. If he wants to cancel some dude’s order for simple rudeness, well, he does have a point when he says it shouldn’t even be any more newsworthy than that incident where a McDonald’s franchise owner kicked out an unruly customer. Stewart Alsop’s unhappiness over the way a single event was handled probably won’t even slow down Tesla sales very much, and of course we’ll all have forgotten his name by this time next year.

On a positive note, Alsop says he still wants a Tesla, though he’s probably just happy about all the publicity his blog has gotten over this overblown matter.