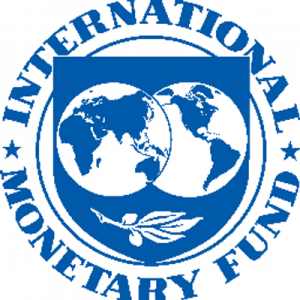 The International Money Fund (IMF) has presented a report on cryptocurrencies to the leaders attending this year’s World Economic Forum meeting. While they’ve tried to analyze potential uses for cryptocurrencies, the report also warns that cryptocurrencies could pose a real challenge to the established financial world. While IMF Managing Director Christine Lagarde did acknowledge Bitcoin’s strengths that could allow for faster, less expensive transactions and the inclusion of the disadvantaged in developing countries, she also said,

“The challenge will be how to reap all these benefits and at the same time prevent illegal uses, such as money laundering, terror financing, fraud, and even circumvention of capital controls.”

The report also acknowledges some matters that Bitcoin insiders have known for some time, including the fact that cryptocurrencies could “pose a serious challenge to parts of the business model of the established financial system.”

So, what it amounts to is that the IMF believes that cryptocurrencies like Bitcoin may be as easy to use as cash for illegal activities and the financial sector may be forced to adjust its business model to allow for the existence of this new technology. To be fair, it’s easier to send a significant amount of Bitcoin across international borders than it is to smuggle briefcases full of cash past alert border security personnel. However, using Bitcoin for any significant illegal activity can pose unique challenges of its own if law enforcement personnel could be trained on what to look for and authorities focus more on encouraging the cooperation of the Bitcoin community rather than simply regulating something they haven’t been fully educated about.

A Brief Look At How Bitcoin Works

Bitcoin is not quite as anonymous as people think it is.

Judging by the information available on Blockchain.info, each transaction can be traced to a specific IP address. Unless a Bitcoin user is using a VPN that doesn’t keep records on who is connecting to the VPN service, that IP address can be traced straight to the Bitcoin wallet’s location at the time the transaction was sent. This means that using Bitcoin for illegal activities is actually less anonymous than using cash to do the same thing and can be traced if authorities already know the Bitcoin transaction ID.

What this actually means is that it will still take some work to track down Bitcoin transactions, but it’s actually slightly easier to track than cash transactions. Short of seizing cash in an actual drug raid or finding it in a drug tunnel under the U.S.-Mexican border, it can be hard to trace the route that cash takes from someone buying illegal drugs on the street to a major drug kingpin. If you know the original Bitcoin address that someone used to buy cocaine on the street, tracking each transaction would be almost as simple as tracking a data packet moving over the Internet as it is transmitted from one device to the next.

Of course, money laundering is an issue. There are services that can “wash” Bitcoin, but a greater concern is the fact that some banks have been caught laundering cash for major drug cartels to the tune of billions of dollars every year. Simply consider this case in which a bank named Wachovia failed to implement strong anti-money laundering measures and, as a result, became a pawn in a major narcotics cartel’s money laundering scheme.

Dash is one cryptocurrency that claims to be more anonymous than Bitcoin is. Even then, it should not be automatically assumed that it’s being used by the criminal element – or that it can’t be tracked by a determined law enforcement agency that understands cryptocurrencies. The important takeaway here is that Bitcoin may sometimes be used by the criminal element. However, cash is used more often, causes more headaches for law enforcement agencies attempting to track it, and has been laundered by major financial institutions.

Andy Wiles Talks About The Blockchain

The technology behind Bitcoin can actually fight fraud. Here’s how.

“The challenge would be how to reap all these benefits…” The answer would be to encourage innovation related to cryptocurrencies and especially the cryptographically secured ledger known as the Blockchain. Imagine a world where any given transaction could be tracked simply by referencing the correct record on the Blockchain and, if things don’t seem to quite add up, it’s easy to spot where the Blockchain might have been tampered with.

To be fair, most of the applications that are already emerging are still in the “Version 1.0” stage: good, but not quite as robust as they will be with a little more development. What it amounts to is that no self-driving cars have driven themselves back to the dealership because somebody missed a payment yet. However, Ethereum smart contracts promise functionality that would allow transactions like car payments to be automatically “attached” to the contract. This action updates the appropriate Blockchain with information about the transaction, which is propagated through the entire network that includes, when appropriate, a client installed in the car’s computer. If the transaction does not occur as planned, the contract simply reverses itself. The car drives itself back to the dealership only when the client detects that its owner missed a payment.

Bitcoin has been described as a technology that can protect the rights of the seller by eliminating the possibility of fraudulent chargebacks. Ethereum’s smart contracts can make fraud prevention a two-way street by protecting the buyer from the consequences of anything from a typo made by a data entry clerk to a business that claims you missed a payment when you know you didn’t. The Blockchain automatically handles the job of logging the transaction and associating it with the appropriate contract in a way that reduces the risk of human error and the headaches associated with correcting the mistake.

The Blockchain can handle all this because it creates and maintains records using a cryptographic function in which each record is created using the cryptographic hash of the previous record. A timestamp is added to each record in the process. If a rogue actor attempts to tamper with the cryptographically created “chain” of records, the chain would be forked at the record that the rogue is attempting to alter, creating a duplicate with new timestamps. In most cases, such tampering would be more expensive than it’s worth because the valid chain can command more processing power than the invalid chain. For example, for a duplicate Bitcoin chain to be considered a valid one, it would require that chain to control more than the 906,967,238.7 GH/s that Bitcoin currently controls for a long enough period of time to create the longer chain. This would naturally require a huge investment in hardware and electricity.

While most Blockchains won’t command that much processing power, governments and most medium- to large-sized corporations who are interested in using Blockchain applications could certainly invest in enough gigahertz per second (GH/s) to discourage attempts to alter existing records. Therefore, an easy way to tell which Blockchain is the valid one in a situation where it got forked would be to compare the lengths of the two chains and the timestamps of the record involved in the tampering attempt.

How Can Governments Use The Blockchain?

If you’ve ever gone to the notary office for legal documents like a car title or a real estate deed, you may think that it would be more convenient to have a DIY notary service you could use from home. That’s what Estonia and Bitnation would like to do with a new deal they recently inked. One of the goals of this new deal is to create an “e-residency” program that anyone can use regardless of whether they can easily get to one of Estonia’s notary offices.

A Blockchain-based notary program would certainly be useful in cases where notary fraud is a problem. There have been cases in which the notary public – those authorized by each nation’s equivalent of a secretary of state to witness the signing of legal documents – have committed fraud by misrepresenting the facts. In others, the notary public may be misled by, for example, being shown a forged ID card. It is interesting to note that Bitnation has developed the ability to issue Blockchain-based ID cards which would be very difficult to forge or duplicate without opening up the possibility of a specialist noticing what would amount to tampering with the Blockchain. However, the important takeaway here is that a trained notary official’s job is to simply witness that you signed a legal document and rubber-stamp the document. A Blockchain-based notary system can pretty much do the same thing with the rubber-stamping being replaced with a more secure cryptographic hash and cannot be distracted by idle chitchat or bribed.

Another obvious use case would be any country that has serious issues with its currency. It can be difficult for a government’s financial arm to swallow its pride and admit that it has a serious inflation problem. However, Argentina has frequently been held up as one country in which residents may see Bitcoin as a “safe haven” hedge against rampant inflation. As we see in this New York Times article, it is not unusual for residents to trade directly between Bitcoin and U.S. Dollars, only converting to Argentine Pesos when they need to pay for something using the Argentine financial system. Argentina could use Bitcoin to snap up and destroy “excess” Pesos, but this would only be a stop-gap measure when its financial system could simply print out more Pesos or “create” them as a matter of bookkeeping. If the government opts to switch over to a cryptocurrency, it can at least shut down on the bookkeeping method that banks often use to “create” money out of thin air. If banks want to “create” more of a cryptocurrency that makes use of a “Proof-of-Work” algorithm, they would have to invest in mining hardware first.

Too often, governments take the wrong approach to new technologies like Bitcoin and the Blockchain by regulating them when they should be asking how they could be used to improve the lives of their citizens. While the IMF report told the truth by saying that Bitcoin has been used for financial crimes like fraud, the report was also quite dismissive of the idea that Blockchain applications can be developed to the point where they can proactively help fight fraud. In cases where somebody reneges on a deal or attempts to tamper with records, a Blockchain specialist can point to the appropriate record to show where things went wrong. That’s something that governments and corporations should be encouraging.