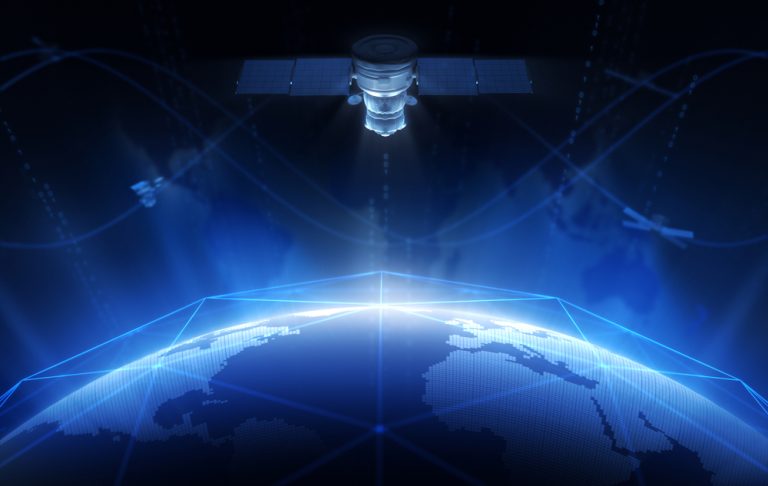 Interplanetary trade will be a happening thing in a few centuries. Most raw materials extracted in outer space will remain in space to become part of the developing off-Earth infrastructure. However, some raw materials will make it back to Earth to be sold on the open market. Colonies that develop to the point where they can think beyond self-sufficiency and survival may wish to begin producing specialty items for trade with other colonies.

This will require a common medium of exchange that can facilitate trade. This medium of exchange will need to be more portable than paper bills and coins, more secure than credit cards, and more convenient and efficient than Western Union. It needs to be something that traders can easily carry on their belts with no worries about their money getting stolen or a colonist being the jerk who commits fraud.

In the 21st century, a form of digital currency that could work with a few improvements already exists. Cryptocurrencies like Bitcoin can provide a secure and convenient medium of exchange that our theoretical interplanetary traders can handily carry on a small tablet on their belts. Astronomically themed cryptocurrencies like Marscoin, Earthcoin, Solarcoin and Orbitcoin already exist and could be refined to become currencies that are actually used for trade.

Cryptocurrencies can work for an interplanetary economy in these five ways:

Cryptocurrencies shouldn’t be seen as a solution looking for a problem. Rather, they should be seen as something that showed up at a time when we can still resolve any issues before getting serious about interplanetary trade. I might frequently speak as if these issues have already been resolved and they’re actually being used for trade between colonies. This is for the sake of visualizing what trade could look like in an environment where two trading partners might not particularly trust one another and nobody trusts a centralized authority. They’re not going to want a financial system that is overly centralized for the same reasons that they won’t want a powerful “federal” government that rules without trying to understand their needs. Who needs a system that might forbid a transaction without making an attempt to understand that they’re just buying an oxygen generator?

However, they may like the idea of decentralized currencies that they can use at the cost of providing their share of the computing resources needed to maintain the system. It’s technical enough that a group of trading partners may hire one or two Blockchain experts to keep a general eye on things, but it’s not rocket science.

(Blog note: This and the next few chapters are rough drafts of a planned book. Comments and useful critiques are welcome; trolling is not. All comments are moderated.)