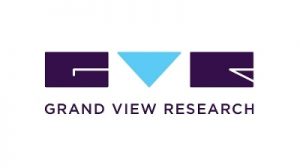 Grand View Research, Inc. recently released a report stating that the Blockchain could reach a market size worth US$7.74 billion by 2024. While it was originally seen as just the ledger system used by cryptocurrencies like Bitcoin, the report has stated the obvious by saying that private organizations and governments are increasingly recognizing its ability to enable swift transactions that can seamlessly cross international borders and reduce human error and other factors that can be problematic for record-keeping purposes. This includes solving the problems of duplicate and possibly fraudulent records, eliminating errors made when a human third party has to log payments or the transfer of ownership of an asset, and addressing the need for reconciliation. Its decentralized nature can simplify record-keeping for businesses and other organizations that frequently collaborate with other organizations by sharing both the cost and the benefit of maintaining a unified, secure and transparent record-keeping system.

The Blockchain will be able to support the Internet of Things, improve bookkeeping in multiple fields such as health care, allow for instantaneous payments for services like transportation and maintain a public notary system. A coalition of startups and enterprises recently announced that they are working on a Blockchain protocol for the Internet of Things. A Blockchain notary system is already being implemented by nations like Estonia, which partnered with BitNation to improve record keeping for its public notary in an attempt to curtail abuses and fraud. The Blockchain can also help artists manage Intellectual Property rights, which is something that the dotBlockchain Music Project is already working on.

According to similar reports issued by other research organizations, investment in the Blockchain is expected to grow rapidly throughout 2017 and into 2018. Organization that are already investing in the Blockchain include major players in the fields of financial services, consumer or industrial products, technology, media & telecom, health care, transportation, and public sector agencies and government contractors. Some of them already accept major cryptocurrencies like Bitcoin and probably figured, “Might as well,” when considering new options like issuing an IPO over a Blockchain-enabled stock exchange. Some of the prominent vendors in the market include Chain Inc., Circle Internet Financial Limited, Digital Asset Holdings, Eric Industries, IBM Corporation, Linux Foundation, Post-Trade Distributed Ledger, R3, Ripple, and Safello.

The Blockchain on Amazon

Blockchain and Bitcoin on eBay