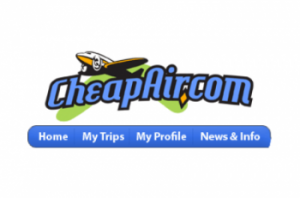 CheapAir.com ® said today that the record high valuation of Bitcoin has led to an unprecedented increase in sales with the digital currency over the last 6 months. After hovering in the $200-$300 range for all of 2015, the value of one Bitcoin began rising steadily in 2016 at a pace that has recently accelerated. Today the value is around $1270, a record high. The recent spike is likely due to speculation that it may be approved for trading by the Securities and Trade Commission as soon as next week.

The jury is out on the likelihood of this outcome, but investors have been buoyed by the favorable valuation and according to CheapAir.com CEO Jeff Klee, have been buying airfare at a record rate for the company. “We’ve seen a 74% year over year increase in Bitcoin sales over the last 6 months,” Klee said. He noted that the volatility of the currency has affected sales in the past in both directions, as sales have dipped when Bitcoin prices dropped, and spiked as prices increased.

“Since we began accepting Bitcoin we’ve had the opportunity to meet some incredible Bitcoin enthusiasts. These are passionate, well intentioned people who have devoted considerable time and energy to trying to improve a financial system that increasingly doesn’t work in the average citizen’s best interest.  I think it’s great that many of these individuals are enjoying a nice windfall right now and, of course, we want to help them spend some of that windfall on travel!”

In November 2013, CheapAir.com became the first U.S. online travel agency to accept Bitcoin after being introduced to the crypto-currency by an intrepid customer who asked if he could use it to pay for a flight. Since that time, the company has processed just short of $15 million in Bitcoin payments for flights and hotels, while continuing to see new adopters paying with it every day.

“Accepting Bitcoin has been great for us,” Klee said, noting that many bitcoin customers purchase higher end products than the typical customer, including business and first class air fares. It’s also spurred them to focus on finding other innovative ways to let customers pay for trips. Last year, CheapAir.com became the first online travel agency in the U.S. to allow customers to make monthly payments for airline tickets.

Headquartered in Calabasas, CA, CheapAir.com ® and its team of over 100 travel enthusiasts use cutting edge technology, a boatload of airfare data, and superior customer service to make it easier and less stressful to buy affordable airline tickets. Our proprietary airfare shopping engine uses a patented algorithm that scours the web for the lowest prices on the planet. We show fares and flight options in a simple, easy to navigate display that includes which flights have which inflight amenities. For expert travel advice, deals and inspiration connect with CheapAir on Facebook, CheapAir on Google+ and CheapAir on Twitter.

CEO Jeff Klee started CheapAir in 1989 from his college dorm room after getting a crash course in the airline industry from planning his own backpacking trip through Europe on a student’s budget. CheapAir.com still takes a creative approach to fare finding and, including its corporate travel services arm, Amtrav, has now helped over three million people buy plane tickets with confidence.