An online pal of mine told me about this new, decentralized virtual world called Deep Gold. Okay, so it’s sort of like Second Life on the blockchain, except you don’t have to futz around with a proprietary virtual currency like Linden Dollars to participate. Well, sort of – if you want to claim land on Deep Gold, you have to obtain the virtual token called DEEP first. That can be done by buying with Ethereum on the Deep Gold pre-sale though, considering the current price, some investors may prefer to wait and see what happens when DEEP hits the exchanges. But once that’s done, you can pretty much do what you want with your land, including earn Bitcoin and Ethereum using the Deep Gold system if you want. (The development team even promises that you will be able to integrate Paypal into your Deep Gold operation if you want but, let’s face it, Paypal is so yesterday. Am I right?)

Your Land, Your Rules

One thing that Deep Gold promises is that administrating your land and the assets you build on that land will be purely your prerogative and your responsibility. Deep Gold won’t censor you regardless of whether you prefer to build a theater, a digital art gallery, or a virtual brothel. The only rule that Deep Gold has is that any back-end assets used to do business in the virtual world need to be stored on your own hard drive. (Personally, I’d recommend looking into a decentralized cloud storage system like Storj or MaidSafe if you can’t afford the upfront cost of a decent server or intend to do anything shady or legally questionable on Deep Gold.)

Unlike centralized systems, Deep Gold has no single, private authority or “owner” that can censor you for doing something that they don’t like. At most, you might have to put up with delegates who help manage the system in exchange for a cut of DEEP token transactions, but even they can’t stop you from doing what you want with your own land. Even if one isn’t lucky enough to be elected a delegate, one can earn virtual “gold” that can be redeemed for premium development options on their land by providing services like data storage to the virtual world’s system.

To be fair, this is a natural question to ask if you’ve been burned by an ICO before. The question here is whether the team would put so much effort into a virtual world that looks so much like a decentralized version of something that people have seen before if they intended to defraud investors. They’ve got a snazzy video, a well-thought-out whitepaper, and according to their roadmap, they should already be working on architectural detailing and project documentation by now.

They do have a minimum purchase of 0.1 ETH worth of DEEP though, to be fair, I may have annoyed them by investing less than $10 worth of Ethereum before they implemented the minimum. If I get burned by these guys, I won’t lose much. But if they are honest, I’ll have a little bit of DEEP that I can use to grab some land for development. (I’m bouncing between a few ideas of what I can do with this stuff and, no, I’m not stupid enough to seriously consider anything that’s gonna be NSFW, you big troublemaker.)

So it’s fair to say that I’m just skeptical enough to avoid investing more than I can afford to lose, but interested enough to see what these guys can do if they’re honest and if they can compete with other top virtual worlds like the ones in the below graphic: 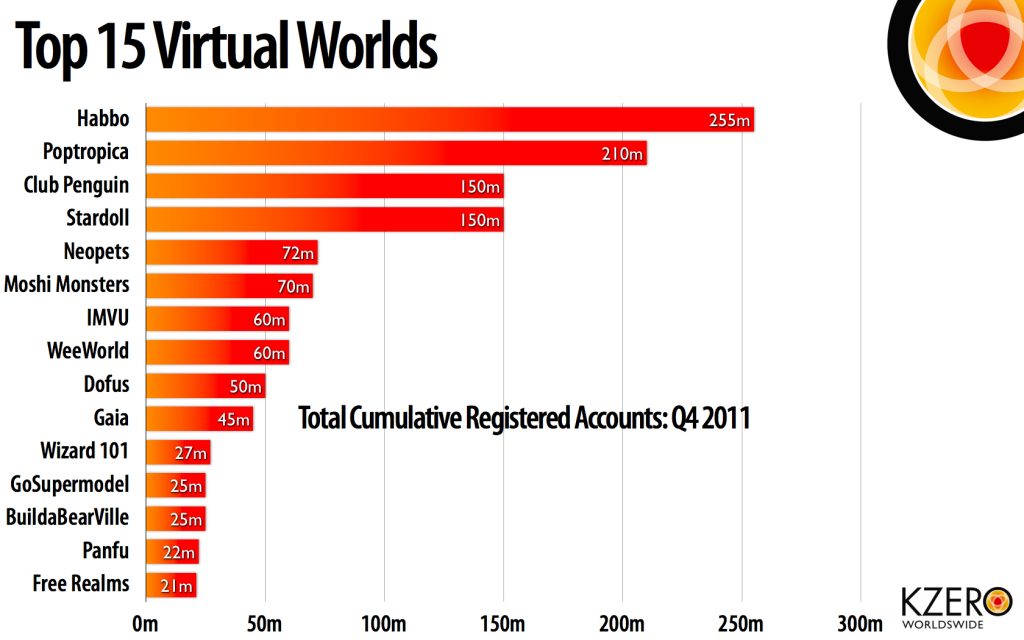 According to their road map, development and rollout of various aspects of the Deep Gold system will occur throughout 2018, with the alpha becoming available during the summer of 2018. The official rollout of the finalized product is penciled in to occur in December 2018, though of course it will not surprise me if there are some unexpected bugs in the alpha version that might push back the official rollout.

While it’s not unprecedented for a MMORPG like Minecraft to outsource some of its storage needs to third party servers, this is the first fully decentralized, blockchain-based virtual world, so I expect that there might be a few glitches and hangups before it’s ready to leave the alpha stage. This is not insurmountable, though, if the team is ready to nail its communications with an audience that has been burned by other ICOs in the past.

So it’s fair to say that followers of ICOs will be watching this unique offering rather closely once they find out about it, and may be ready to watch the first virtual performance of a Shakespeare play in a virtual theater that resides in a fully decentralized virtual world.