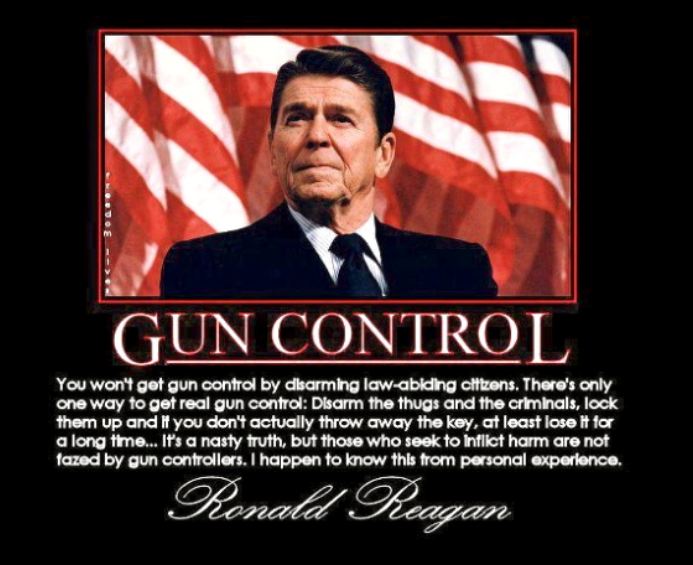 Here’s a hot debate with comments that can run into the triple digits every time it hits the Aspiring Martians Group. Should guns be allowed on Mars? Well, before we all start howling, “HELL no!” let’s put our knee-jerk reactions aside for a moment. Maybe we can analyze this debate without letting emotions get the better of us. If you like “slasher” movies, you know perfectly well that the weapon used by the psychopath isn’t necessarily a gun.

If you want to use your imagination for a little bit (and leave out debates over whether this happened for real or was just a made-up story), let’s go back in time to what might have been the very first murder. Two young men named Cain and Abel make sacrifices to God and Abel’s is the one that is accepted because his heart is pure. It throws Cain into a classic snit that would have been recognizable to any father of two sons – “Daddy likes him better than me” – and he kills Abel. There’s no word on whether Cain used a palm-sized rock, a knife, or his bare hands as the murder weapon. It’s not even known if Abel put up much of a fight in self-defense. However, it sure wasn’t a gun because those didn’t exist in the B.C. era.

A “Cain and Abel” style murder could happen on Mars within the first couple of generations of Martian settlement, as well. The murderer won’t even need a gun. A length of pipe somebody just left laying after repairing the plumbing system can do the job. The people who worry about us going nuts and strangling each other have it half right. Even with the best psych evaluations on Earth, it’s very possible that one of us could get fed up with another and it’ll turn into a real fistfight with both participants limping away with black eyes when the rest of us finally get them apart. I really hope that we’ll be able to talk it out before they get to that point, but sometimes, somebody might try to hold it in and end up blowing the whole thing up bigger than it needs to be by trying to brain another person with a length of pipe. 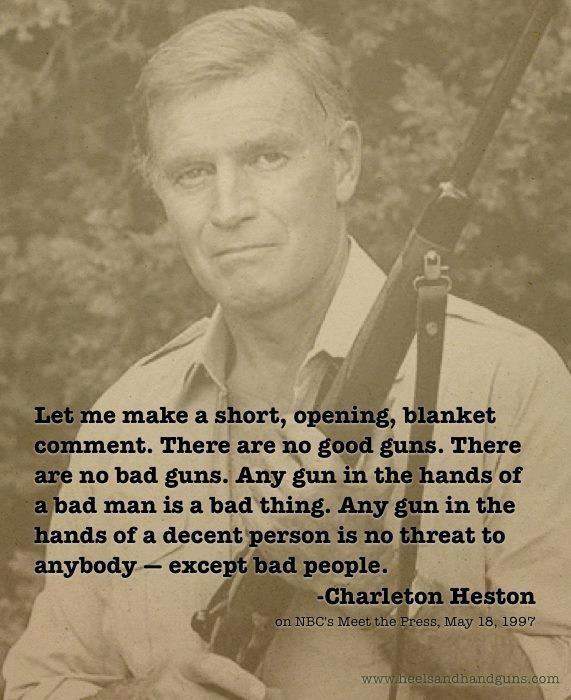 So, obviously, guns aren’t the problem. The inventor of the AK-47 expressed remorse that his weapon was used in so many deadly conflicts and, to me, that was only proof that he had a conscience. The AK-47 is essentially a cheap and reliable machine gun. Keep it locked up in a drawer with the bullets in a separate location and it can hurt no one. It’s an inanimate object. Only when it gets used in one of those interminable civil wars that go on in unstable nations around the world or by a Rambo type to spray bullets everywhere does it cause death and pain. In the hands of a responsible trooper who can control himself well enough to avoid killing innocent bystanders, a gun like the AK-47 can be used to bring a gang of marauding bad boys to a screeching halt. That AK-47 can be a tool for either good or evil depending on whose hands it is in.

An Explanation of the Second Amendment

Essentially, the Founding Fathers considered an armed population that was well-trained in the use of guns essential to the security of the new United States of America.

And what would we use a gun for? We might use it to disable a crew member that’s gone mad and is trying to destroy systems that we depend on. That would require that each of us be observant enough to recognize when somebody is about to crack and fast enough to get to the firearm before he does. That would mean a certain amount of risk. The person wielding the gun might shoot and miss, damaging the equipment anyway. The bullets might ricochet and cause damage. The madman might get to it first. My half-joking suggestion was simply to take along a Chewbacca-style crossbow with darts. When somebody goes mad, I might shoot one into his leg with less risk of damage if I miss. Dipping the business end of the darts in tranquilizer first is optional.

It’s been suggested that we could use guns to defend the colony if some jerk tyrant on Earth decides to invade. Sound like science fiction? Not when you consider that more countries are going into space these days and not all of them give a fig about personal freedoms. Treaties won’t mean much when somebody decides that Mars One has pretty much one-upped them in the space department. From the way that China has been dissing our operation, I could see it happening. We could possibly shoot holes in an invading fleet if they decide to land.

Others have mentioned that they don’t need to land near our colony at all and the guns might well be useless in any case. We could have some hacker friends on Earth mess around their computers. They might miss Mars altogether or slam into Mons Olympus. They might simply land in the wrong place and we just kinda sit there and listen to them crying for help. Sorry, dudes, if you weren’t smart enough to follow the Mars Direct plan, we won’t be able to do much from half a world away. The problem with this is that it relies on a lot of variables like having hacker friends who are willing to stick their necks out for us. They might not if they have threats hanging over their heads. People have a tendency to flake if somebody threatens their family. Which will likely mean that we’ll have to do our own hacking. Are there any good computer experts among the 1058? We might need you when some petty tyrant with a reasonable space budget and something to prove comes knocking. I think Spock would say that it is illogical to spend billions of dollars to invade one little colony. However, the human race is not necessarily logical when it comes to the desire to prove that we’re the badass who can push around somebody who is smaller and less powerful.

Seriously, I might hope that anyone who comes to Mars after Mars One does will come in peace and maybe trade an extra habitat or two for use of “our” resources if they decide to land in our area. It’s possible that, at some point, we’ll just throw those stupid guns into the nearest canyon and hope that there are no native Martians around who can fine us for littering. Or we could just keep the plans for those 3D-printed guns on file but under heavy encryption that needs the passwords of three people and whoever wants one has to get the cooperation of the person in charge of the 3D printers. You can eliminate guns, but you can’t eliminate human nature. Just like Cain and Abel, people will find a way to kill each other if they are truly determined to do exactly that. The only thing that intimidates a bad guy with a big stick is a good guy with an even bigger stick who actually knows how to use it to inflict some pretty serious damage.