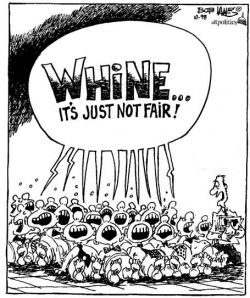 So the issue of personal rights comes up on the Aspiring Martians Group a lot. We argue about just about everything from the “right to bear arms” to the “right to have children.” I have a tendency to believe that you have a right to dance if you want to, but you don’t have the right to step on my foot while doing it. The people who are the loudest about proclaiming that they have rights are usually the ones who are infringing on someone else’s rights and know perfectly well that they are doing it.

Individual rights are fine, but if you want complete freedom, about the only way you’re going to get it is to find a space where there is nothing and nobody around who is going to get grouchy if you blast heavy metal at three in the morning. On Earth, that would mean finding one of the few remaining isolated corners and I hope you don’t mind having polar bears or penguins for neighbors. Or you could just buy a good-sized ship and live in the middle of the ocean well outside national borders. On Mars, that could mean building your own habitat, coming up with your own supplies and striking out for the middle of nowhere, and you can get drunk and shoot bullet holes in your isolated habitat for all anyone will care.

But you can’t stand the idea of not being part of a community, right? I’m not surprised. Humans evolved to be social animals even though not all of us are extroverts. That means you’ll have to take care of your share of the responsibility. On Mars, we won’t have a lot of patience for people who lay on the couch all day while the rest of us takes on the work of producing food and maintaining the habitats, especially when you’re breathing our air and loudly laying claim to some of our food. We’re going to keep the guns locked up if we have any at all, and Heaven help you if we catch you making alcoholic beverages out of stolen vegetables. If you don’t like that idea, don’t sign up for any Mars colonization plan that actually requires you to work and get along with other colonists.

On Mars, there will be no such thing as welfare or a FEMA who can swoop in and save us if we run into some kind of disaster. It’s a harsh and unforgiving world. We’ll be building a new society based on the concept that each of us will have to be able to carry our own load even if we feel like we just can’t take it anymore. Unemployment will simply NOT be a problem. If you can’t find a job in your new Martian home, it’s obviously because you don’t want one or have a reputation for being a lazy screwoff. If somebody doesn’t like it, I could see him maybe withdrawing a fair share of the resources and taking off on his own, and by “fair share” I mean the equivalent value of the net resources that he added to the colony, minus the resources that he has already used.

The result could be a Martian society that looks harsh to those used to the nanny-state societies of Earth. Your choices are basically to either work or starve, and if you are nothing but a big troublemaker, you could end up being dumped in the middle of a desert wasteland and left to die. It’ll be a culture shock for people used to pushing paper for a living or just taking on the occasional freelance job.

If you want to do something that uses up extra resources, like raise a child or run a moonshine still, you’d better have a way to pay for it and that will mean extra work and extra production of resources. With all respect to Robert Zubrin, if your oxygen generator only has the capacity to produce oxygen for fifty people and you just gave birth to the fifty-first, where is the extra oxygen going to come from? You will have to do some explaining to the other colonists (minus the father who will likely be sitting there beside you trying to explain too) why we suddenly need to print the parts for another oxygen generator. You’ll be lucky if both of you just wind up with some extra work and a chemical lock on your reproductive organs as a penalty until the child is old enough to support itself. If you don’t like it, don’t have the child.

That’s the responsibility side of things. The apparent freedom of Mars doesn’t mean that you are “free” from the consequences of your actions. If anything, your actions might cause consequences that seem exaggerated compared to Earth until you get the idea that throwing a full-out, flying-objects temper tantrum in a limited space is not necessarily a good idea. It just means you are “free” to make your own choices and live or die with whatever happens as a result.