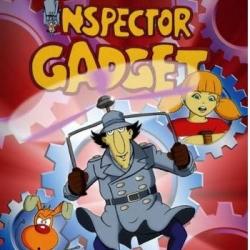 Inspector Gadget focuses on the adventures of the bumbling Inspector Gadget, assisted by his more competent assistant and niece, Penny, and the genius dog Brain. The Inspector primarily seems to exist for the purpose of showing off gadgets that magically appear when he says, “Go-Go Gadget (Fill in the gadget of the day)!” His gullibility and bumbling attempts at foiling the agents of the villainous MAD usually opens the door for Penny and the Brain to save the day.

Wasn’t There a Movie?

Yes — two, actually. Released in 1999 and 2003, they were panned by critics and fans alike. While they stayed technically true to the concept of Inspector Gadget, fans disliked (among other things) that the face of Dr. Claw was actually shown and the storytelling was generally awful. Considering that the original cartoon also took criticism for being formulaic, perhaps they were expecting too much in the storytelling department. But if you wanted to see Gadget use that hat helicopter thing to fly one more time, maybe you can stand it.