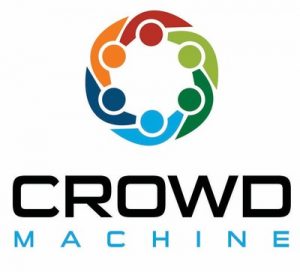 Crowd Machine is a platform that makes it easy to deploy decentralized apps even if a business finds it difficult to hire a blockchain developer. I caught up with Craig Sproule for a brief interview.

Heidi: So I understand that the blockchain industry has been growing so fast that the number of qualified developers hasn’t kept up. What’s your opinion of this?

Craig Sproule: I 100% agree with your statement. It’s important to note that even though the interest in blockchain technology is growing quickly, it’s still very much in its infancy. We recently polled 350 CIOs and senior software managers interested in learning about blockchain and only 5 of them were kicking off projects using the technology. However, the promise of blockchain in enterprise and new projects entering the market is undeniable. The challenge, as you pointed out, is that there aren’t a lot of developers that are skilled in the coding languages used to write smart contracts. As a result, it’s nearly impossible to get talented developers and they’re very expensive. What we’re looking to do is democratize the actual distributed app development process. We’ve created technology that removes the need to know how to write code to build distributed applications.

H: What do you see as some good ways for businesses to launch their own decentralized apps if they can’t afford an in-house blockchain developer?

Craig Sproule: This is a main challenge and one of the bottlenecks for rapid adoption in the marketplace which is what we’re trying to address at Crowd Machine. Our tech allows industry experts closer to the problems they want to solve to create apps without knowing the underpinning, complex coding languages. This eliminates reliance on a small pool of skilled developers that may not be as aware of the problems a company is looking to address with technology. We see this as a viable solution because it negates the requirement to have to code in order to create decentralized applications.

H: What other obstacles/factors are hindering more mainstream adoption of blockchain technology?

Craig Sproule: Without a doubt, blockchain will be a big part of our world in the not so distant future and we’re already seeing more blockchains emerge with different use cases and value propositions across industries, whether it’s IoT, healthcare or supply chain, to name a few. It’s far too early for companies to hedge their bets on a specific blockchain. As such, there’s no set template or language for the structure and execution of smart contracts on each blockchain, meaning decentralized apps rely on the execution of multiple smart contracts across multiple blockchains. This causes vulnerabilities and presents the need for a blockchain-agnostic solution. That’s why Crowd Machine allows you to quickly build apps on top of any blockchain that meets your needs, creating smarter smart contracts and eliminating the need to be skilled in specific coding languages.

H: Did the reported shortage of blockchain developers influence or inspire the Crowd Machine team in any way?

Craig Sproule: I started building Crowd Machine 15 years ago as a developer myself, when I saw that tools and coding languages were constantly evolving but the process to build applications remained largely the same. The emergence of blockchain technology further amplified the problems that already existed and it’s more apparent than ever that there’s no better time to open our platform to the world.

H: What would a good elevator pitch for Crowd Machine sound like? What sort of backgrounds do the Crowd Machine team have that make them a good fit for this platform?

Craig Sproule: Unlike other ICO projects, Crowd Machine has working technology already in use by Fortune 500 companies like General Electric and Anthem. Our platform that will democratize decentralized app development, breaking down barriers to the broader adoption of blockchain technology. Crowd Machine consists of three main parts. Through the Crowd App Studio, developers can use natural language to build the behaviors and patterns that make up an app, at up to 45 times faster than creating an app with code. And with Crowd Share, anyone, anywhere can be rewarded for participating in the Crowd Machine developer community by contributing created apps and app components to a Github-like repository. Early next year, we’ll launch the Crowd Computer, a distributed computing environment (think sharing economy for the cloud) that runs on unused computing power on devices worldwide, where anyone with or in need of resources can participate in a global computing network.