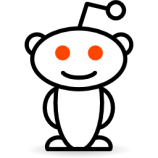 One of my frustrations about promoting Mars One is that local media outlets don’t seem very interested. I’ve done one podcast interview and one local newspaper. Blogging about the whole thing can be neat, but I’m not reaching much of an audience. However, a while back, Mars One CEO Bas Lansdorp did a Reddit AMA. Word on the street has it that Redditors pretty much trolled the whole thing to death with the usual lineup of criticism about Mars One. I hadn’t been very active over there due to the troll problem. I’ve had some luck with getting traffic by posting the occasional link to the appropriate subreddit, but that’s about it. When I saw that the IAMA Subreddit had more than six million followers, I thought it would be a cool way to promote both Mars One and my blog without having to mess with reporters who might say they’re interested, but never call for an interview. It was worth risking the trolls for, anyhow.

My first try doesn’t seem to have ever gone live, but then, maybe I just went about creating it the wrong way. My second try was a late-night Reddit-fest that went better than expected. There were only two halfhearted attempts at trolling. Some of the questions were actually quite intelligent even with the usual questions about reproduction on Mars. This was pretty much my answer to that one:

“If I thought in any way that I might be selected purely for the sake of “breeding stock,” perhaps I would not be so eager to go. However, there have been actual studies that show that groups with a mix of men and women perform better than groups that are either all men or all women. Essentially, the women will be as capable of making a contribution outside of breeding as the men are. The Aspiring Martians have reached a general consensus that it might not be a good idea to have children on Mars until we have the infrastructure to support growing children. The limitation of “choices” would not bother me in any case because it will be understood that the crews will be compatible and theoretically friends anyway.”

None of the questions were very technical, but one of the more interesting ones was, “What would you do if you saw an alien in the distance?” I probably wouldn’t go running after the alien if it was obvious that he was just doing his own thing and not interested in us. I would probably just get some pictures and video if I could even though I might get accusations of Photoshopping the whole thing. If he was interested in communicating – and I use “he” lightly here, BTW, because alien concepts of gender can be somewhat different from human concepts – I might try some sign language and introduce him to the other members of my crew. I hope the alien would not be hostile because, while I’m not a pacifist, I’m not a war hawk, either. Realistically, we wouldn’t have much chance of winning a fight if the alien brought his friends with him.

Because I brought up Bitcoin in my original post, of course I got questions about that. One question had to do with the idea that we shouldn’t worry about which currency will be used on Mars until we’ve got a reasonably sized colony set up. It’s a fair point considering the fact that I’ve blistered people who want to turn the colonization of Mars into a socioeconomic experiment when the systems we develop should evolve naturally out of the necessities involved in surviving and thriving on Mars. It’s likely that native Martians won’t have much patience for somebody showing up and thinking they can impose an outside system that hasn’t been proven to work in our unique environment. However, that doesn’t mean we can’t talk about it now. In my worldview, Bitcoin is a success simply because people were ready for the new technologies that are uniquely designed for the Digital Age. It may also be no coincidence that cryptocurrencies are showing up at the same time we are beginning to get serious about colonizing other planets. My shorter response was that maybe we shouldn’t worry about what we’re going to call the medium of exchange we end up using, but people are already theorizing about the type of economy we’re going to have.

They were mostly good questions and I don’t even remember exactly what the two trolls said. I think their comments got deleted and I’m not sure whether they were taken down by the moderators or the trolls just got embarrassed by the obvious intelligence in the “room” and decided to delete their comments on their own. It was after midnight by the time things started winding down, so I called it a night. The next day, I found out that one of the moderators had deleted it from the active listings, which was kind of a bummer. I would have liked to leave it as an easy to find permanent record of what went on. However, I’m pretty happy that it went so well considering Reddit’s bad reputation for trolls.