Despite setbacks that include successful judicial challenges to his immigration policies and the walking back of his promise to make Mexico pay for a border wall, President Trump is keeping one campaign promise to pursue policies that force manufacturers to keep jobs in U.S. territory. As a response, manufacturers are looking into investment in robotics technology in an attempt to keep labor costs down. While this trend may sound alarming for the American worker, recent trends point to rising domestic employment in industries that would otherwise outsource labor to other countries. This is especially true in the robotics industry and in manufacturing companies that are not ready to fully automate their factories yet. On the whole, investors positioned in companies pursuing robotic technologies are continuing to be rewarded as business continues to shift toward high tech business solutions, a trend that appears likely to continue. Companies that have reported increased earnings in the fourth quarter of 2016 and are in a good position to grow in 2017 include Cognex Corporation (NASDAQ: CGNX), Generation Next Franchise Brands (OTC: VEND), Rockwell Automation, Inc. (NYSE: ROK), Intuitive Surgical, INC. (NASDAQ: ISRG) and Teradyne Inc. (NYSE: TER).

A speech from last year, but I dislike to take things out of context. Bring your own beer if you don’t like watching him while sober. 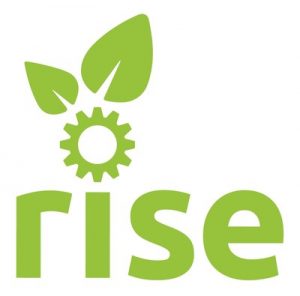 If anything, Trump’s policies are forcing the private sector to take the lead in matters that have generally been seen as the province of the federal government. This includes making use of new robotic technologies that can partner with human operators to more effectively fight threats to the environment. In the process, new startup ventures can demonstrate the capacity for doing what government regulation alone can’t do. Colin Angle, chairman, CEO and founder of iRobot and Erika Angle, CEO of Science From Scientists have founded Robots in Service of the Environment (RISE). This is a response to recognition of the role that robotics could play in addressing environmental catastrophies. Colin Angle, who will serve as executive chairman of RISE, said of the new organization:

“As an extension of human efforts, robots have tremendous potential to solve large scale environmental problems by going and doing what a person cannot. Whether it is helping to clean up a nuclear plant disaster, remove hazardous pollutants, or slow the expansion of an invasive species, robots play a critical role in mitigating manmade environmental problems. RISE was founded to create economically sustainable and scalable robotic solutions with this purpose.”

It’s probably no coincidence that experienced CEOs of high-tech and scientific-based corporations are recognizing the need for businesses and individuals to step up to the plate in the wake of Republican plans to either scuttle the Enviromental Protection Agency or reduce the EPA’s clout. RISE plans to launch a crowdfunding campaign that will help finalize development of a robot that can dive to depths inaccessible to sports dives to assist with the removal of invasive aquatic species such as the lionfish, which has caused problems in the ecosystem just off Florida’s Atlantic shore and around the Caribbean since its accidental introduction 25 years ago. The development of this robot does predate Trump’s election, but ventures like this are a good sign that private organizations and individuals may be willing to take the lead on important issues like repairing damage to the environment when the federal government can’t or won’t.

The robot revolution is not something to be feared in cases like this. It’s been proposed that the best use for advances in robotics such as artificial intelligence is a partnership between a human and a robot. A human surgeon can plan a surgery and keep a close eye on things while the robot assists with the surgery, for instance. A human can deploy the lionfish-hunting robot when and where it is needed (and there is a difference between being venomous and being poisonous, for those who are curious about whether the lionfish is edible). Robots can do what humans can’t, such as not flinch if something happens that would startle a human. Humans can do what robots can’t yet, such as plan for the elements of a necessary surgery that might be radically different from what was expected. So workers may not necessarily need to worry about being replaced if they have skills that can’t be accomplished by a robot and can learn how to work alongside robots who can handle difficult, dangerous or monotonous tasks. Robots can be as tame and helpful as this iRobot Roomba, available on Best Buy and Amazon.

In fact, robots can be beneficial for much more than just handling hazardous work. Some aerospace insiders believe that the best team for exploring planets like Mars is a combination of humans that can make judgment calls and move more quickly than our existing Mars Rovers, and robots that can do some of the EVA work without exposing humans to the hazardous environment outside their habitat. As a more down-to-Earth matter, if you own cleaning robots such as the Roomba and Braava, you might see how these robots might be beneficial for people who don’t have the time to do housework, or who might have a disability that prevents them from keeping their floors clean. The Mirra can keep your pool clean and the Looj makes it possible to clean your gutters without taking the risk of falling off a ladder. iRobot even produces robots that can work with military units to handle some of the most hazardous work they have to do in regions like the Middle East.

Most importantly, if you have an investment or retirement plan that includes investments in the stock market, be sure to talk to the manager of that plan about investing in corporations that produce innovative robotics and are working with other technologies such as the Blockchain that some very smart analysts say could go huge in the next few years. And if you genuinely worry about a robot taking your job, some things to do include hitting Youtube, Udemy and InformIT to learn new job skills, and consider going freelance or starting your own business using skills that you already have. It’s worth the trouble in a world where the age of robots is coming fast and manufacturers are doing their best to save on labor costs even though White House policies are forcing them to consider keeping jobs on U.S. soil.