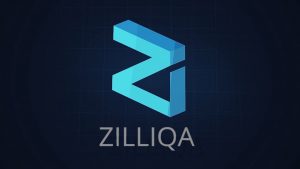 SINGAPORE – Zilliqa, a new, high-speed and secure blockchain platform based on the technology of sharding, has today announced that the company has added smart contract technology experts Dr. Ilya Sergey and Evan Cheng to their advisory board. Zilliqa has been focused on ‘scalability with security’ since its founding and will use the expertise of the new advisors as the company aggressively grows its development team in preparation for the public release of their technology.

“We are building great momentum as we grow our development and marketing teams in preparation for the release of our public testnet and the eventual mainnet launch of our platform,” said Xinshu Dong, CEO of Zilliqa. “Having incredibly talented and knowledgeable advisors like Ilya and Evan with us in the early stages of our development will be a tremendous resource that will help ensure Zilliqa truly addresses the key challenges in building a fast and secure smart contract infrastructure.”

Dr. Ilya Sergey does research in the area of programming languages, program analysis, and formal verification, and is currently an Assistant Professor at University College London. In recent years, Ilya has mainly been focusing on developing scalable methods for building trustworthy concurrent and distributed software, while his earlier work was advancing the state of the art in static analysis for higher-order languages and programming language design. Ilya’s research results impacted a broad range of topics within programming languages, program analysis, logic and verification. His research has been published in leading academic journals and proceedings of top international conferences.

Prior to joining academia, Ilya spent a part of his career in industry, working in JetBrains Inc., a leading company in creating integrated development environments for software developers. He obtained his PhD in formal methods at KU Leuven (Belgium), and held a postdoctoral position at IMDEA Software Institute (Spain).

Together with the rest of the Zilliqa team, Ilya and Evan will be advancing the state of the art in building scalable and provably correct distributed systems as well as programming frameworks for building applications on top of them. His joint research efforts with the members of Zilliqa team have already resulted in the inception of Scilla, a programming language for mechanically verified smart contracts.

The Zilliqa project is a new blockchain platform based on the technology of sharding that was originally proposed by members of the team as researchers at the National University of Singapore back in 2015.  Since then, the Zilliqa team has been developed their technology internally and achieved significant milestones that will have a huge impact on one of the most common problems facing public blockchain platforms: scalability.

Scalability, which is typically measured in terms of transactions per second and should increase as the network of computers using the platform grows, is difficult to achieve in a public setting because the security must be taken into account. The security of smart contracts that run on public blockchain platforms has increasingly become a topic of concern as more and more applications are beginning to use the technology for business-critical applications.

The architecture underlying Zilliqa is truly unique because it allows for high-throughput on a public blockchain platform without compromising the system or the applications that run on top of it to additional security risks.  In addition, Scilla, the new and more secure smart contract programming language has been proposed to run applications on Zilliqa and other blockchains, will help ensure the security of the system.

Zilliqa has stated that the first public testnet of their system that will allow developers to begin testing applications on the network will be released this month.