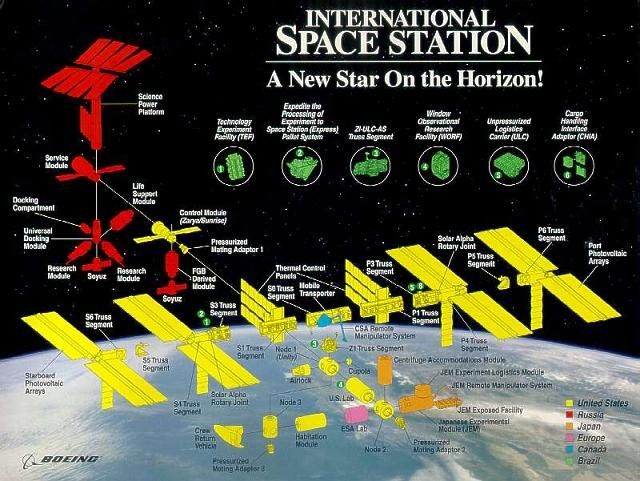 A layout of modules for the International Space Station. Image credit Astronautix 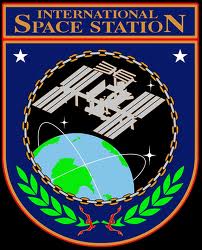 The International Space Station was built and continues to be maintained as an international effort that includes the USA, Canada, Russia, Japan, and the European Space Agency, with Italy providing some of the equipment. It was built in stages over several years and finally completed by the final Space Shuttle missions in 2011. It is essentially an orbiting laboratory and has been called a “truck stop” for the spacecraft of several countries.

A Tour of the International Space Station

Astronaut Mike Fincke shows us around the International Space Station.

Partners in the International Space Station

Together is the Future

The International Space Station is one good example of what can happen when nations cooperate.

Construction of the International Space Station, frequently abbreviated as ISS, began in 1998. It had actually been on the drawing board for several years and was initially referred to as “Space Station Freedom” by the United States of America to signify that it was a joint effort by the free societies of the world. Development was hampered by bureaucracy, politics, rising costs, and frequent redesigns. The collapse of the Soviet Union did not help matters as attention was diverted away from the space station. Eventually, the Soviet space station Mir was de-orbited and attention shifted back to the International Space Station.

In the U.S., public support for large space projects had waned since the Apollo moon landings and Congress balked at approving the funding needed for the space station. This would eventually lead to NASA administrator James Fletcher’s resignation in disgust. He was replaced by astronaut Richard Truly, who promoted fellow astronaut Bill Lenoir to the post of associate administrator. When George H.W. Bush became president, he went on record as a supporter of the International Space Station as part of a long-range plan for space exploration, but Congress still would not approve extra funding. This meant slippages in the schedule and the consolidation of the Offices of Space Flight and Space Station as NASA tried to make adjustments to the reduced cash flow. Some within NASA were heard to make sarcastic comments about saving a few million bucks by keeping the Imperial measurement system instead of switching to the metric system like most federal agencies were doing. The international space community also criticized NASA and the United States for not keeping up their end of the agreement.

A redesign of the space station to reduce costs called for a smaller truss, smaller modules, a reduced number of experimental racks, and a reduction of the individual crew cabins from 28 cabins to 12. It also meant that permanent habitability would be pushed back to near the end of the assembly process. Congress approved two billion dollars for the space station in Fiscal Year 1992 over the objections of Republicans in the House of Representatives. 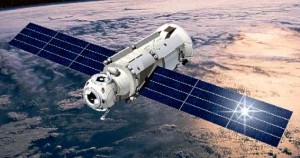 Phase one of space station assembly would put together enough components of the space station to reach the planned “tended” mode, in which the station would not quite be habitable permanently but would function with visits from the space shuttle. The first flight would provide core elements like two pre-integrated truss segments, the starboard integrated equipment assembly, an alpha rotary joint assembly, a solar power module, the mobile transporter, and an unpressurized berthing mechanism. Future flights would provide a third, fourth and fifth truss segment, propulsion modules, the communications and tracking systems, a remote manipulator and thermal regulation system radiator units. Tests of astronaut crews’ ability to perform construction duties were conducted and astronauts reported that assembling components in orbit was actually easier than performing it in a water tank designed for training. The idea of astronauts doing delicate construction work in orbit got a further boost when the STS-61 shuttle mission successfully replaced a “nearsighted” lens on the Hubble Space Telescope. It did not help NASA’s budget much, however, and Administrator Goldin warned in 1997 that the space station budget could not be cut any farther without serious harm. 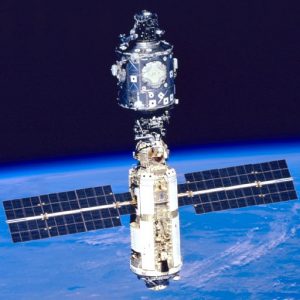 By September 1997, though, Goldin was able to announce that “we’re building hardware.” After many years of delays, budget problems, redesigns and political issues, the first two modules of the International Space Station were successfully launched. Zarya was launched on November 20th, 1998. It was a 21-ton unit meant to provide communications, power and station control. It had been built in Russia using funding funneled through the American aerospace manufacturing company Boeing. Its name is Russian for “Sunrise,” signaling the dawn of a new era for space work. STS-88 launched the American-built module, Unity, on December 6, 1998. It was also referred to as “Node 1” and had six berthing ports. The connection of these two modules were reminiscent of the Apollo-Soyuz Test Project, the first international space effort in which American astronauts on an Apollo spacecraft had docked with Russian cosmonauts on a Soyuz. The STS-88 crew became the first to enter the International Space Station in orbit as they checked out components of Zarya and Unity from the inside. In a move that would never have happened during the Cold War, Cosmonaut Sergei Krikalev was a Mission Specialist on the Endeavour. International cooperation in space had finally become a viable reality.

Despite the initial success in connecting the first two modules, Russia soon ran into trouble with its rockets that caused delays in launching a Service Module. The delays led Russia to consider reconfiguring a backup vehicle as the Docking and Stowage Module it planned to contribute. A proposed $600 million “investment” in the Russian Space Agency tanked in Congress. Some quick reconsideration of the plan moved forward the potential date for occupancy. 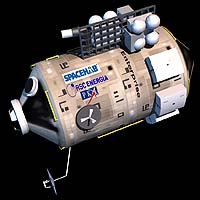 NASA was doing slightly better and, in May 27, 1999, STS-96 delivered a SpaceHab logistics module full of supplies and an Integrated Cargo Carrier. The lack of the Service Module’s docking mechanism complicated matters. To solve the problem, they revised the rendezvous plan so that the Discovery approached from “above” rather than “below” the station and the ground turned off the main engines on the Zarya module. Though some of the Cape Canaveral workers were spooked by the length of time between STS-88 and STS-96, which was the longest pause in shuttle flights since the gap in spaceflight after the Challenger disaster, the mission was a success. It also uncovered a potential problem with the air circulation on the space station. Reports of symptoms suffered by the STS-96 crew and a lingering scent of solvent lead to speculation that there might be too much carbon dioxide in the atmosphere and the amount of Velcro probably contributed to the solvent smell. A team of troubleshooters was assembled to solve the problem. To assist in solving the problem, the STS-101 crew would carry air monitors to keep track of the air quality in their immediate surroundings.

Malfunctions in the Columbia during July’s mission to deploy the Chandra X-ray Observatory lead to the discovery of corroded wires in the fleet of Space Shuttles. While those were grounded for repairs, the Russians were reeling from the loss of two Proton rockets and again forced to postpone deployment of the Service Module. The U.S. Congress was starting to see what experts had warned them of and questioned whether including Russia had been such a good idea. Concerns included the possibility that background noise from onboard machinery might mask the sound of a critical alarm. NASA was also critical of Russian designs but assured Congress that STS-96 had installed sound mufflers to lower the decibel level of noisy machinery. The STS-101 mission delivered logistics that included new batteries to replace faulty onboard batteries, new smoke alarms, and a new radio telemetry system. They reported that, thanks to the new mufflers, background noise was audible but not a nuisance and the air quality seemed fine. The crew included astronauts slated to be members of Expedition 2, who got an early look at the International Space Station. 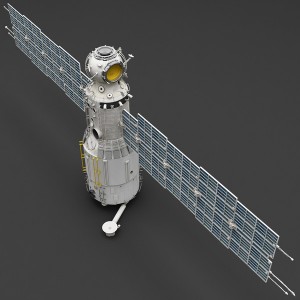 The Service Module was finally launched in July 2000. Dubbed “Zvezda” by the Russians, the module had originally been intended to be the core of Mir-2 and had been redesigned for use on the International Space Station. The launch plan led to complaints from American media outlets that the Russians intended to occupy the International Space Station before the first official Expedition. The Russians were quick to assure the partners that the mission wouldn’t last beyond systems checks of Zvezda’s systems.

In the meantime, the Russian space station Mir was nearing the end of its lifetime and was vacated in late August 1999. It would be occupied just one more time between April and June 2000, and then deorbited in March 2001.

The International Space Station in Stages

Because assembling the International Space Station was such a complex project, it was accomplished over several years. Here’s a look at the stages it went through.