“Blessed are the meek: for they shall inherit the earth” – Matthew 5:5 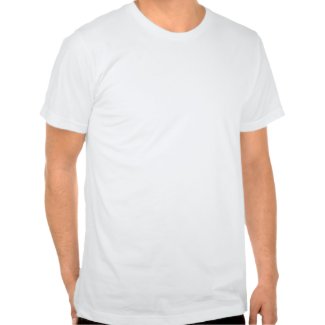 Do you consider yourself a meek person? If so, you’ve probably heard it. The meek are generally seen as weak, as the ones who never really exert their own strength, and I don’t mean lazy people. I mean the ones who don’t fight back when people push them around. Do you really think people with that kind of image are going to inherit Earth? 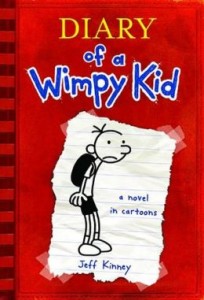 Meek or geek? Most people who have survived high school as the geek or the wimp can relate to Diary of a Wimpy Kid.

According to most scholars, the word “meek” in its Biblical usage comes from one translation for the Greek term praus, which is often used to describe a formerly wild animal that has been domesticated even though it is obviously the more powerful animal in terms of raw strength. The horse, though faster than any human and able to buck off a predator in normal circumstances, learns how to accept a saddle and bridle. Then it becomes obvious that people described as “meek” in this context have simply learned to accept the authority of a higher power even though pride and their own capabilities insist that they should be self-sufficient.

It’s easy to mix up this common image of meek people with the ones who are labeled as geeks. In ideal conditions, geeky people are the ones who just go about their business without really bothering anybody else and would typically make friends with people who have interests similar to theirs. Conditions are rarely ideal. Geeks often get pushed around for being the brainy but wimpy kids except in the rare case where they finally decide to stand up for themselves. Then meek kind of goes out the window. With these conditions, it’s hard for geeks to become the domesticated horse.

What’s a poor lonely geek to do? Well, you hear about the ones who created this hot new social network called Facebook or a smash-hit iPad app called “Angry Birds”. You can call Steve Jobs a jerk if you want, but he didn’t earn his fortune by letting somebody else put a bridle on him. For every one like him, there are a million more quietly working towards their chance in the spotlight.

Some of us are astronomy geeks who look up at this planet called Mars. I’m positive that some, like me, have applied to Mars One. That’s if we’re not secretly building our own rocket using parts off a store shelf along with that industrial 3D printer in our garage. Which could happen, by the way. If that individual doesn’t blow himself up, he could become the first person to travel to Mars solo and be remembered as the Charles Lindbergh of spaceflight.

Geeks like me pretty well laugh at psychology reports that say that people can go bonkers from isolation and confinement because we’ve had plenty of opportunity to get used to both. Most of those psychological studies involve people who have tested to be socially adapted in most situations, by the standards of societies in which people are used to the idea that you can always go hang out at the local bar and strike up a conversation with Person X if Person Y gets on your nerves at home.

However, only rarely, if ever, has an astronaut or cosmonaut been confined to a cabin with three other people during a long harsh Arctic-circle winter before they were ever selected as a professional space traveler. Not that I have, but I toss that out there as an example of conditions that the first Martian colonists will have to deal with. In such an environment, the definition of the phrase socially adapted may well evolve to suit the needs of a small group that is confined to a living area that might feature the square feet of the average house if not even less. There will be no stomping off to the nearest bar, so individuals in said small group will need to develop techniques to keep from getting on each other’s nerves. Behavior that Earth sees as “geeky” and uncool could well end up becoming the norm.

My whole point? The meek have been bridled and may even accept the authorities’ word for it that colonizing Mars is impossible and, anyway, we need to feed the poor and cure cancer before we can even think about putting any kind of serious effort towards expanding into the new frontier of outer space. Geeks who have finally accepted that they will never quite fit in with the kind of crowd that reads Seventeen magazine and puts up some serious competition to become prom queen stand a better chance, simply because they are more used to being thought of as a little nuts and have likely done the math when it comes to seeing how complicated the logistics are when trying to feed all the hungry people in the world. Colonizing Mars isn’t going to be easy, but it will at least be a more efficient use of resources if done correctly. So I like to say that the meek will inherit Earth, but the geeks get Mars.