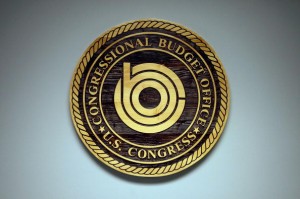 So the Congressional Budget Office has suggested defunding manned space flight as a way to reduce the USA’s federal deficit. They say that it will save $73 billion between 2015 and 2023. Well, besides the fact that the costs of the wars in Iraq and Afghanistan are projected to cost between $4 trillion and $6 trillion when everything is said and done (and argue all you want about whether those wars were worth fighting when we haven’t even managed to completely squash the Taliban), I have to wonder if this isn’t one more play in the political football that government-run space agencies like NASA have become.

The Congressional Budget Office doesn’t even have the courage to back it up with conviction, only throwing it out there as “It’s an option.” They obviously want plausible deniability for the inevitable backlash of every space enthusiast in America who wonder why Congress doesn’t force the reorganization, if not complete shuttering, of inefficient and wasteful government bureaucracies like, say, the Department of Agriculture. Sorry, farmers, but I have to point out that “your” department is spending billions of dollars on such projects as reconstruction in Afghanistan. Oh, sure, they probably do deliver food for starving children in foreign countries with the “Food for Progress” program. But that’s money that could be used to help family farms right here in America, am I right?

Don’t get me wrong, NASA is still capable of doing some good things. Opportunity is proving to be the Energizer Bunny of Martian rovers and, despite some recent glitches, Curiosity is still doing quite well. The partnership with SpaceX as it develops unmanned cargo ships with some manned spacecraft on the way is looking good so far. It just has to be demoralizing for the people who actually do the work of getting hardware, experiments and astronauts into space to wonder whether the project they are working on right this minute might be canceled tomorrow, sending millions or billions of dollars and years of work down the tubes, all because somebody in Congress wanted to raid your budget to pay for his pork. I like Dennis Tito’s Inspiration Mars idea, but I kind of doubt that he is going to get $700 million out of the U.S. government when Congress only puts up with NASA because they know they’re going to be answering some tough questions about all those unemployed scientists and engineers if they don’t provide any funding at all.

The Challenges of a Round Trip To Mars

Dennis Tito has more than just the funding problem to solve. Astrophysicist Simon Foster does a good job of explaining the obstacles involved with the Inspiration Mars plan.

Seriously, this is one of the reasons that I could have kissed Bas Lansdorp for starting his Mars One. He as much as admitted that crowdfunding a private space organization will be such a challenge that the organization decided to make a big media event out of the first serious attempt at a permanent Martian settlement. However, Mars One is much less likely to get treated like a political football by members of Congress who think they’re scoring a few points in the polls by treating NASA in such a lame fashion.

CNN Segment on the Mars One “Reality Show”

The CBO can take their recommendation and stick it where the sun doesn’t shine, because private organizations are beginning to pick up the slack. The fact that Russia can get away with charging upwards of $50 million for a Dennis Tito-style tourist trip to the International Space Station is proof enough that there is a market for “space tourism.” Elon Musk is talking about charging $500,000 a head to build a sizable Martian colony with 80,000 people – not cheap, but more in line with the market value of one of those largish houses with carefully manicured lawns you see in the upscale neighborhood of a typical American city. There are plans for mining the asteroids and putting hotels on the Moon. (Yeah, you can do that. Private citizens can stake a claim but nations that are signatories of treaties with names that are a real mouthful such as the “Treaty on Principles Governing the Activities of States in the Exploration and Use of Outer Space, including the Moon and Other Celestial Bodies” are technically not allowed to.) So, eventually nations that actually have a coherent space program will notice that they have competitors in the private sector. For now, people with some serious money to spend can have fun creating an expensive fireworks show for those of us who are content to watch on the beach.

Really, funding is the only thing holding back private enterprises from getting more involved in space. Investors like to see a profit every quarter and only a few will have the vision it takes to ride out the decades involved in getting the infrastructure where it needs to be. However, if you are one of those very farsighted and clever entrepreneurs like Bas Lansdorp, you will find a way to make it work even if it means putting up with sponsor logos spaced along the footer of your website. Hey, it beats having to deal with fickle politicians who rarely see beyond the next election year.

Some Resources To Check Out