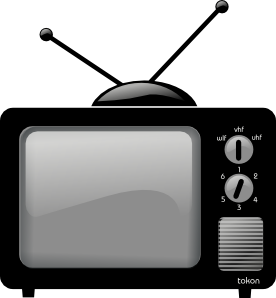 You know, it’s been a while since I’ve watched TV for more than a few minutes at a time. Life has simply gotten too danged full for me – applying for Mars One, writing a bazillion product descriptions for websites that sell lamps, Halo Kits and Halloween costumes, and also coming up with my latest blog entry. Besides, there’s only so many political pundits I can take before I want to throw something at my TV screen. Okay, I get it, the politicians in Washington are being a bunch of stubborn whiners. I am inclined to agree, but that doesn’t mean I’m going to leave the news station on just so I can hear about it.

Anybody with any sense will get their news from reliable independent news services. Anyway, I’m a little bit ticked with major news networks right now. Where did I hear the news that Mercury astronaut Scott Carpenter died? Not NBC. Not CNN. Not Fox. No, they couldn’t take time out of their busy day to notice that one of America’s heroes had passed away. I ended up hearing about it on Twitter. Any news service that I would have theoretically respected would have aired a documentary about Scott Carpenter and his role in the early space program along with Sealab by now. What are they waiting on?

Okay, it’s not just news. Entertainment has been pretty lame lately, too. Reality shows? Get real. “Survivor” is obviously contrived. “American Idol” hasn’t been so idolic lately. They did a good thing when they canceled “Keeping Up With The Kardashians,” which only had the saving grace of some clever “Star Trek: Deep Space Nine” jokes. Some ideas coming down the pike look promising, such as NBC’s concept for a televised competition with a ride into space as the prize. This will make an excellent stalking-horse to test the market for Mars One’s concept of using media rights to fund a permanent Martian settlement. Will this get me back into watching television? Maybe, if I’m not one of those who are going to be on TV as part of Mars One.

Not that being on TV is the point for me, of course. If I wanted my fifteen minutes, I could have been one of those terrible singers who audition for American Idol. But that’s a different story.

When do you know it’s time to pull the plug on your satellite TV? Maybe when the most interesting thing on is “Wheel of Fortune” and you can’t spare the time to watch even that. That’s the thing for me. A tendency to quit when I’m bored tends to be one of my bad habits. When I’m yawning, I tend to switch to a more interesting activity. However, it can also be a good habit too. When I get bored with what’s on TV, I just turn it off and go back to turning out another blog entry or another dozen product descriptions for Halo Kits. Either one sure beats being the couch potato who can’t think of anything to do besides sack out and watch pundits on Fox talk about how lame our politicians are.

These people are doing the smart thing and selling their televisions on eBay.