So, how diverse is the Mars One crew going to be? Because of the worldwide nature of their recruiting effort, I would imagine that they could truly get one viable future Martian from each continent like they want. That leads to some interesting debate in the Aspiring Martians Group when matters of personal beliefs or somebody’s individual quirk comes up. Some members seem to very firmly believe that only atheists should be allowed to go to Mars. Others say that the diversity is a good thing and bigots will not make it very far in the selection process.*

When the Mars One application asked what kind of person I absolutely will not work with, I got it. They were checking to see whether I was pretty tolerant. So I just put down that I’d rather not work with somebody who is going to overreact when things go wrong because people who are inclined to create more drama than we have already can actually turn a tense situation into a life-threatening one. I single out no one for whatever traits they were born with or whatever philosophy they hold because I tend to assume that I’m not going to agree with even my best friend 100% of the time and it’s no big deal if we have a difference of opinion as long as we keep things relatively civil. To put it in the kindest terms possible, personality traits mean more to me than the hijab that one of my crewmates might be wearing.

I can only guess at the answers that some other applicants put down. At least one person has as much as indicated in a very public forum that she would rather not work with overtly religious people. She is an atheist, and I’d actually be okay with that if she didn’t loudly declare that religion is the exclusive domain of people who lack the mental strength to make it on Mars. That’s unfair, considering how many religious people have actually gone into space as professional astronauts who made it through NASA’s rigorous psychological tests. Apollo 15’s James Irwin was one of the Moonwalkers in a mission that would have been nearly flawless if it wasn’t for the postal card scandal, and he had an experience on the Moon that led to his founding of an evangelical organization. A handful of Space Shuttle astronauts such as Rick Husband and David Hilmer have been deeply religious. Others paid only lip service to any kind of faith and some were either agnostic or atheist. So, obviously, the ability to handle space travel has very little to do with one’s religious faith.

Of course, I expect the tolerance thing to go both ways. We recently discussed the idea of having a place of worship on Mars in the theoretical event that there could be a sizable population of followers of a particular religion on the Red Planet someday. The general attitude seemed to be, “If you want to build one, fine, but don’t delay the development of essential infrastructure for your religious building and don’t force non-believers to build your place of worship for you.” If our future believers asked me very politely for help and I wasn’t busy with something, I might lend a hand if it makes them happy and I like them. However, there are ways for people to make themselves less likable and one of them is to force people like me to conform to their views.

Perhaps that’s the real reason that some people have strongly suggested banning religion on Mars altogether. I do think it’s somewhat naïve of them to suggest that banning all faiths is going to solve the problem because it doesn’t account for human nature. As a whole, our species is pretty good at coming up with reasons to kill each other. Atheism could be counted as a belief, too, in the sense that atheists believe that there is no God. I can’t prove that there is a God and you can’t prove that there isn’t, so we could go in circles on the subject during the entire trip to Mars and accomplish nothing except maybe getting so aggravated that one of us might end up having an accident involving the airlock.

Anyway, the ones that suggest suppressing religion aren’t showing me that they can handle tolerating the kind of international and multi-cultural diversity that the first crew and all future Mars One crews will have. You might as well say that you’re going to ban Arabs, or Caucasians, or maybe transgender people for all the damage you are ultimately doing to your chances of actually making it with Mars One. While you’re busy trying to convince others that religion should be banned, I could be making friends with a Buddhist and a Muslim and the one transgender person whom I know is a candidate. You tell me which one of us is wasting her time.

*Dang. I was going to find a good Star Trek video explaining “Infinite Diversity in Infinite Combinations,” but apparently there are none on Youtube. Trekkies, could you take this one? Oh, well, here’s a good book to read while we’re waiting… 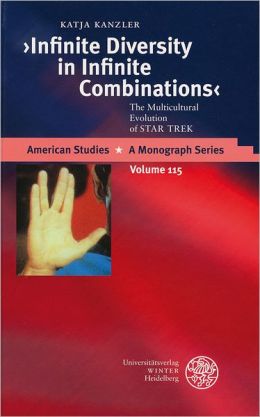 Do You Support Diversity?

Any Trekkie knows what the IDIC symbol means. So show it off with a glance.