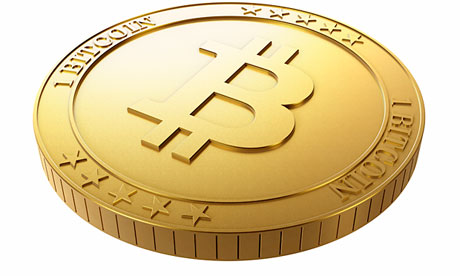 So I might have mentioned a few times that I like cryptocurrencies. They’re pretty easy to use if you can copy-and-paste a string of letters and numbers. Transaction fees are low to nonexistent for most cryptocurrencies, so they can really save retailers a lot of money and it’s not hard for them to pass those savings on to consumers in the form of lower prices or neat incentive programs. I can, for instance, get triple points for buying electronic gift cards using Bitcoin on eGifter. I don’t even need to log into any account to access my cryptocurrencies.

However, the cryptocurrency community can sure be a grumpy lot. They say that Bitcoin can be used for good causes, but shoot down suggestions that might actually have a larger impact for wide swaths of humanity than just donating the occasional fresh-off-the-mining-rig Bitcoin to charity. When the price goes up, they growl about not buying when it was low. When the price drops, they growl that Bitcoin has seen better days.

Most of the time when I float ideas past the Bitcointalk community, I get snipped at. I ain’t expecting the world, guys, I’m just winging a few ideas around and maybe occasionally suggesting that we could use some allies if we want Bitcoin to go mainstream. We may need to get out of our comfort zone of promoting our Bitcoin sites to one another if we want to take Bitcoin to the Moon on any kind of a sustainable level.

The Dogecoin community seems to be one of the few exceptions, but then, it’s hard to take something too seriously when it has a cute dog with funny grammar as a mascot. We ought to be taking a cue from this altcoin that just won’t die because its community is having fun, sponsoring racecars and, last I heard, donating school uniforms to underprivileged students at a school in Cambodia. Dogecoin also knows about bouncing back from a terrible tank in its value, as a Dogecoin has been as low as 29 Satoshi. I don’t think the Dogecoin community cares too much about the fact that there’s no maximum number of Dogecoin and that could hold it back in terms of value. They’re just very good at doing good work that has the added benefit of getting cryptocurrencies in front of people who might not have thought about it very much otherwise.

When I suggest that I could create a cryptocurrency-based, Freelancer-like jobs site, THEN it’s a very different story on the Bitcoin side of things. They agree with me that most self-styled Bitcoin jobs boards aren’t really up to snuff and line up in droves offering to help me out (for a price). Apparently, this is a good way to fill up my Private Message inbox. It’s already not very difficult to find someone who has done a few cryptocurrency-related development projects if you need one and know where to look.

It’s tempting. Maybe I’ll do a test run with a jobs board that looks more like Regional Help Wanted. If you’ve heard those “Long name, amazing results” ads on the radio, you’ve heard of these guys. I’ve gone back and forth with some of my Facebook friends about inequality that gets exacerbated because some people don’t have easy access to financial services, and we pretty much agree that it would help if they could bring their skills to a worldwide market in a way that has nothing to do with banks. It could work if I can get a good marketing run going.

Seriously, though, it’s time for cryptocurrency enthusiasts to quit being so grumpy. There’s only so long you can sit on your hands and expect Bitcoin to grow on its own. Cryptocurrencies are real cool, but it’s like most technologies. They only mean something if people pick them up and use them.