Once you go to Mars, can you ever fully integrate back into an Earth-based society? Can you relate to the people who might have heard about your adventures but can never truly comprehend what it’s like to look across a harsh desert landscape knowing that it’s wonderful and majestic and exciting to be there, but it will kill you if you make one wrong move? Will you be able to even convey to your closest friends who remained behind on Earth how you felt when you stepped on the Martian landscape for the first time?

Don’t get me wrong, people have been going into space for more than 50 years and reintegrating with little more trouble than readapting to gravity. However, as so many astronauts can attest, there’s something about having seen Earth from orbit that changes one’s perspective on things. Once you’re in orbit for a few days, you kind of quit picking out your home state and just enjoy the view when you aren’t working.

It’s tough, really it is. The Apollo astronauts went through some documented changes when they got home from the Moon. One forms an evangelical foundation built around his trip to the moon. Another drinks his way to a nervous breakdown. Sometimes the changes weren’t so noticeable at first, but close friends could tell when the Ice Commander started to loosen up a little bit. So there’s no doubt that they went through some changes after their big missions. 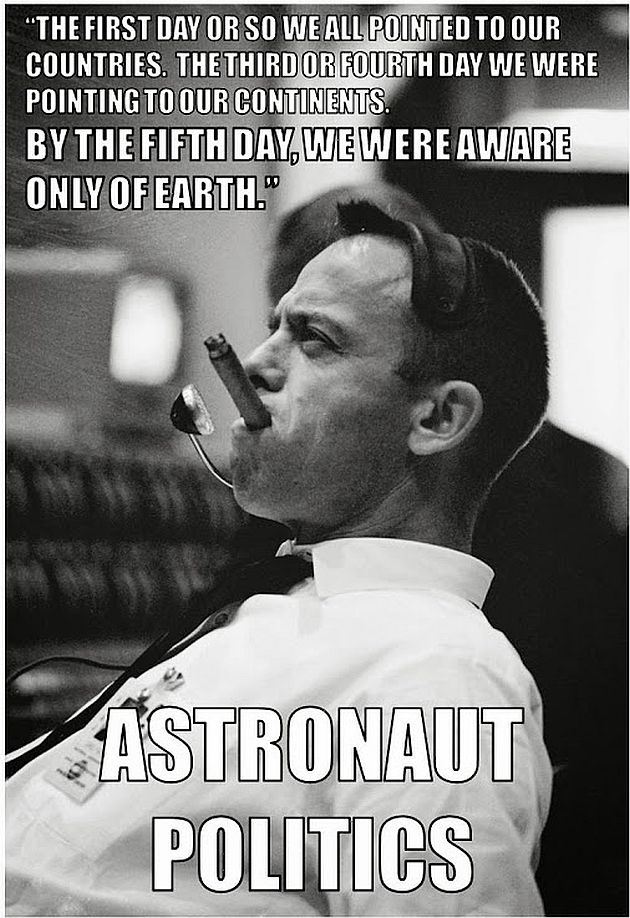 The candidates for any Martian mission will be gone for much longer than anyone who has ever gone to the Moon, longer for anyone who has served on the International Space Station, and possibly even longer than the current record-holder for longest single mission duration (437 days on Mir set by Valeri Polyakov) depending on whose plan you go by. Consider the fact that, by the time you put in the years of training for your mission and then go, very often you’ll find that the world has changed and so have you when it’s over. And that can be hard for some people to take even when they survived all the psychological part of NASA’s astronaut selection process.

Besides, how do you explain your experience to people who have never been there? I’ve heard the people who say, “Oh, yeah, I’ve seen the pictures.” However, as Neil Armstrong put it when they were orbiting the Moon, “It’s just like the pictures, but like the difference between going to a football game and seeing it on TV. There’s no substitute for actually being here.” So go to the football game, and you’ll see all the detail you might miss from the TV screen, cheer your favorite team on to victory (or not) and have a pile of overpriced nachos to boot. How do you explain football to someone who has never played or seen the game in full live action before? Will they understand the value of actually going out to a football field to watch the game when they can catch the game on their wide-screen TV with cheaper appetizers?

It’s a choice for those of us who are willing to volunteer for a Mars mission. Take the NASA route, return to Earth (assuming we make it on the return trip), and wrestle with adjusting to life on Earth again once the parades and the parties are over. Or take the Mars One route, stay put once you reach the Red Planet, and build a new life with your peers. You’ll miss out on the parades and maybe even get a little homesick sometimes, but you won’t have to worry about how your life will change when you return to Earth. Which would you choose?